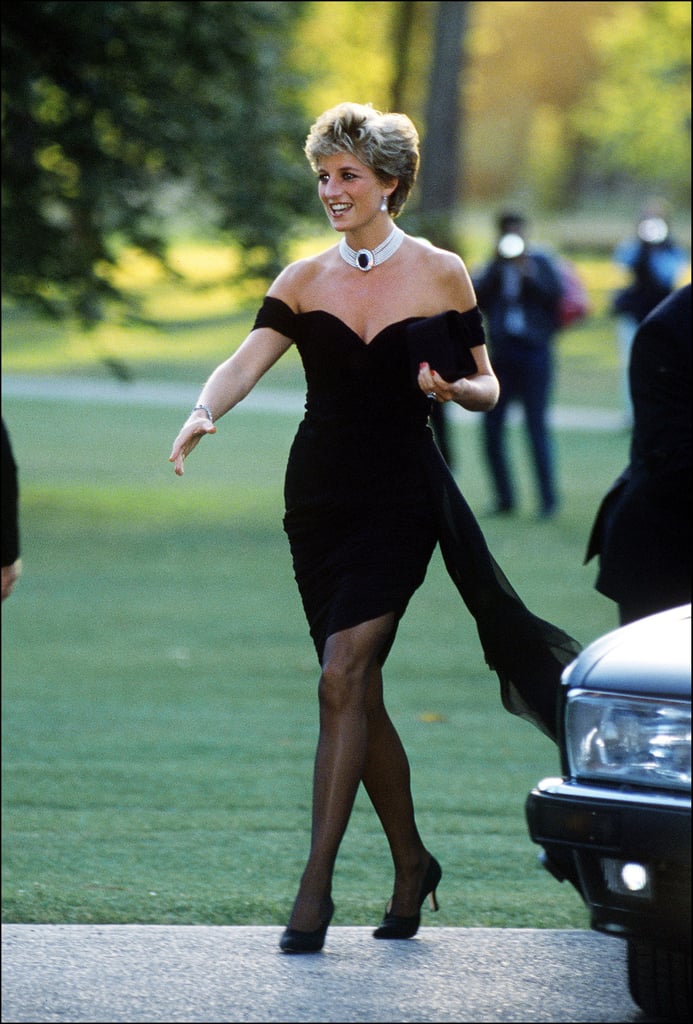 When She Wore the Infamous "Revenge Dress"

Diana attended a Vanity Fair dinner at London's Serpentine Gallery on June 29, 1994. For the event, she decided to wear what would become one of her most memorable and statement-making looks: a formfitting black off-the-shoulder number by Greek designer Christina Stambolian. Though the curve-hugging dress was actually made for Diana three years earlier, the princess "thought it was too daring."

So what made her change her mind? Diana knew that on the same night as the Serpentine event, her estranged husband Prince Charles would officially confess to his adulterous relationship with Camilla Parker Bowles in a televised documentary about his life and work. "She wanted to look a million dollars," said her former stylist, Anna Harvey. "And she did." The audacious look would go on to be dubbed "The Revenge Dress."

Khloe Kardashian
What to Know About Michele Morrone, the "365 Days" Star Recently Spotted With Khloé Kardashian
by Njera Perkins 4 days ago