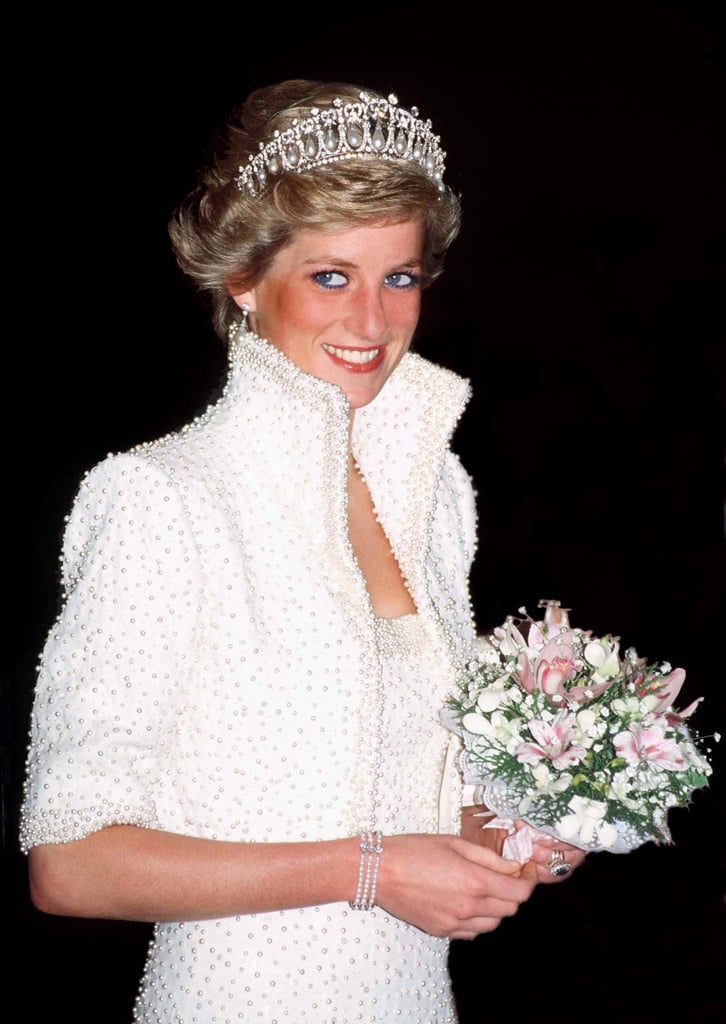 When She Auctioned Off Her Clothes

In June 1997, just two months before her death, Diana auctioned off 79 of her dresses and suits — including the dress she wore while dancing with John Travolta and her iconic Catherine Walker "Elvis Dress," pictured — to raise money for the Royal Marsden Hospital Cancer Fund and the AIDS Crisis Trust. The pieces were sold at Christie's auction houses in London and NYC, and according to Diana, it was all her 15-year-old son William's idea; in a handwritten note, Diana told bidders, "The inspiration for this wonderful sale comes from just one person; our son William."

Simone Simmons, an energy healer and one of Diana's spiritual advisers, described picking out the dresses to be sold with Diana in her book Diana: The Last Word. Apparently, Diana admitted that she had probably "tried too hard" to wear pieces that would impress the royal family, and quipped, "The Queen Mother had terrible taste, which is why I looked so awful."

Meghan Markle
Meghan Markle on Being "Liberated" From Naysayers: "It's Very Easy to Just Live With Truth"
by Yerin Kim 1 day ago