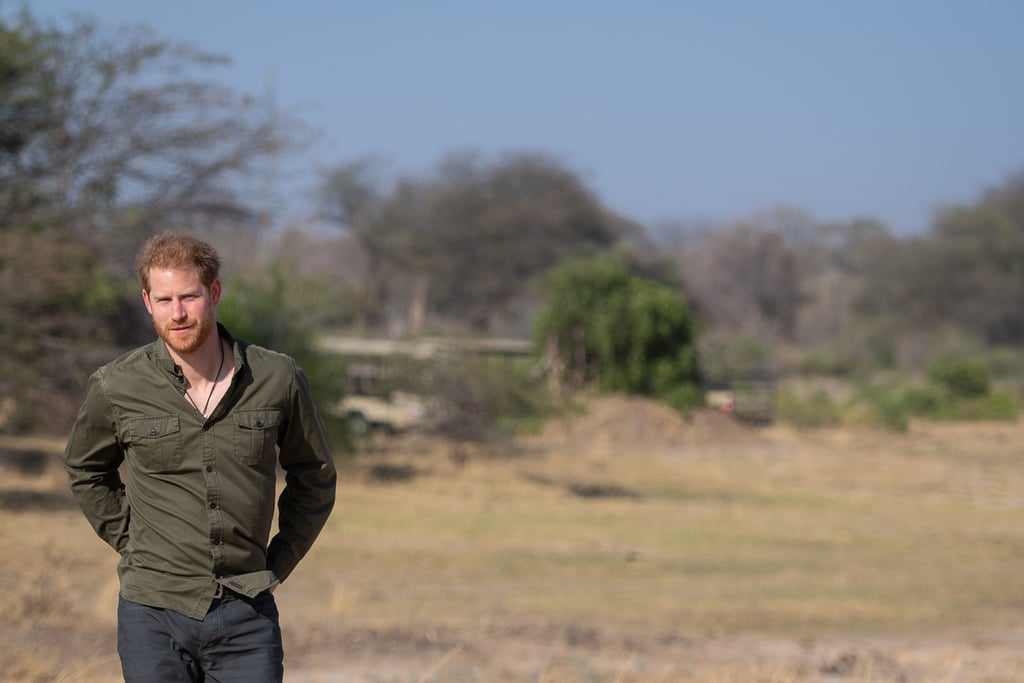 Prince Harry made an emotional return to Botswana on the fourth day of his Southern Africa tour on Thursday. The 35-year-old royal assisted local schoolchildren in planting trees at the Chobe Tree Reserve, and during his time there, he opened up to reporters about why Africa is so important to him. "I came here in 1997, 1998 straight after my mom [Princess Diana] died, so it was a nice place to get away from it all," Harry explained. "But now I feel deeply connected to this place and to Africa." He also added that being on the continent gave him a "sense of escapism . . . a real sense of purpose."

Princess Diana died in a car accident in August 1997 when Harry was just 12 years old. In addition to her flawless beauty and incredible sense of style, Diana is best remembered for her charitable heart. Just like Harry, she regularly visited hospitals, schools, and fundraising galas and also took trips to Africa, India, and Pakistan during which she touched many lives.

Botswana also likely holds a special place in Meghan Markle's heart, as she and Harry have previously spent time there and Harry actually sourced the center stone of her engagement ring from the country.

After Botswana, Harry made a solo trip to Angola, where he walked in his mom's shoes and visited a minefield. Diana famously visited the minefield back in 1997 with the Halo Trust, a charity that helps countries recover after conflict, with a focus on clearing landmines to save lives. "It's incredibly emotional to follow in the footsteps of my mother," Harry said in an Instagram video. "If 20 years ago she hadn't done what she did, this would still be a minefield. To see this as a thriving community is amazing." Harry will also visit Malawi before reuniting with Meghan and his son, Archie Mountbatten-Windsor, in Johannesburg to close out the 10-day tour.

Related:
Archie Mountbatten-Windsor Was All Smiles and Giggles on His Royal Tour Debut
Previous Next Start Slideshow
The RoyalsPrince HarryThe British Royals