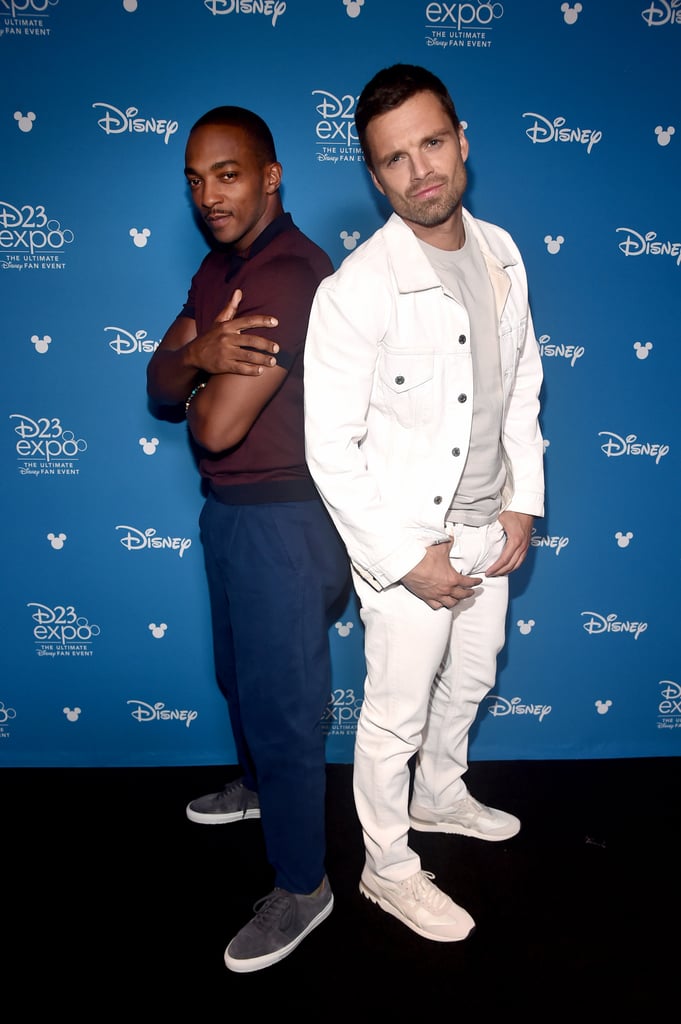 Anthony Mackie and Sebastian Stan have been stealing our hearts in Marvel movies for the past few years, but now they're finally taking center stage with Disney+'s The Falcon and the Winter Soldier. The miniseries, which premiered on March 19, sees the two superheroes, Sam Wilson and Bucky Barnes, team up for a "global adventure that tests their abilities — and their patience." While Anthony and Sebastian's characters aren't exactly friends to start with, the actors are super close in real life. When they're not laughing it up at Comic-Con or sharing behind-the-scenes Instagrams from filming, they're cutting up during interviews. See some of their cutest friendship moments ahead.

Related:
A Handy Breakdown of All the Marvel Shows Set to Premiere on Disney+
Previous Next Start Slideshow
Anthony MackieSebastian StanThe Falcon And The Winter SoldierCelebrity Friendships

Celebrity Instagrams
The "Top Gun: Maverick" Cast Take Us Behind the Scenes
by Njera Perkins 3 weeks ago