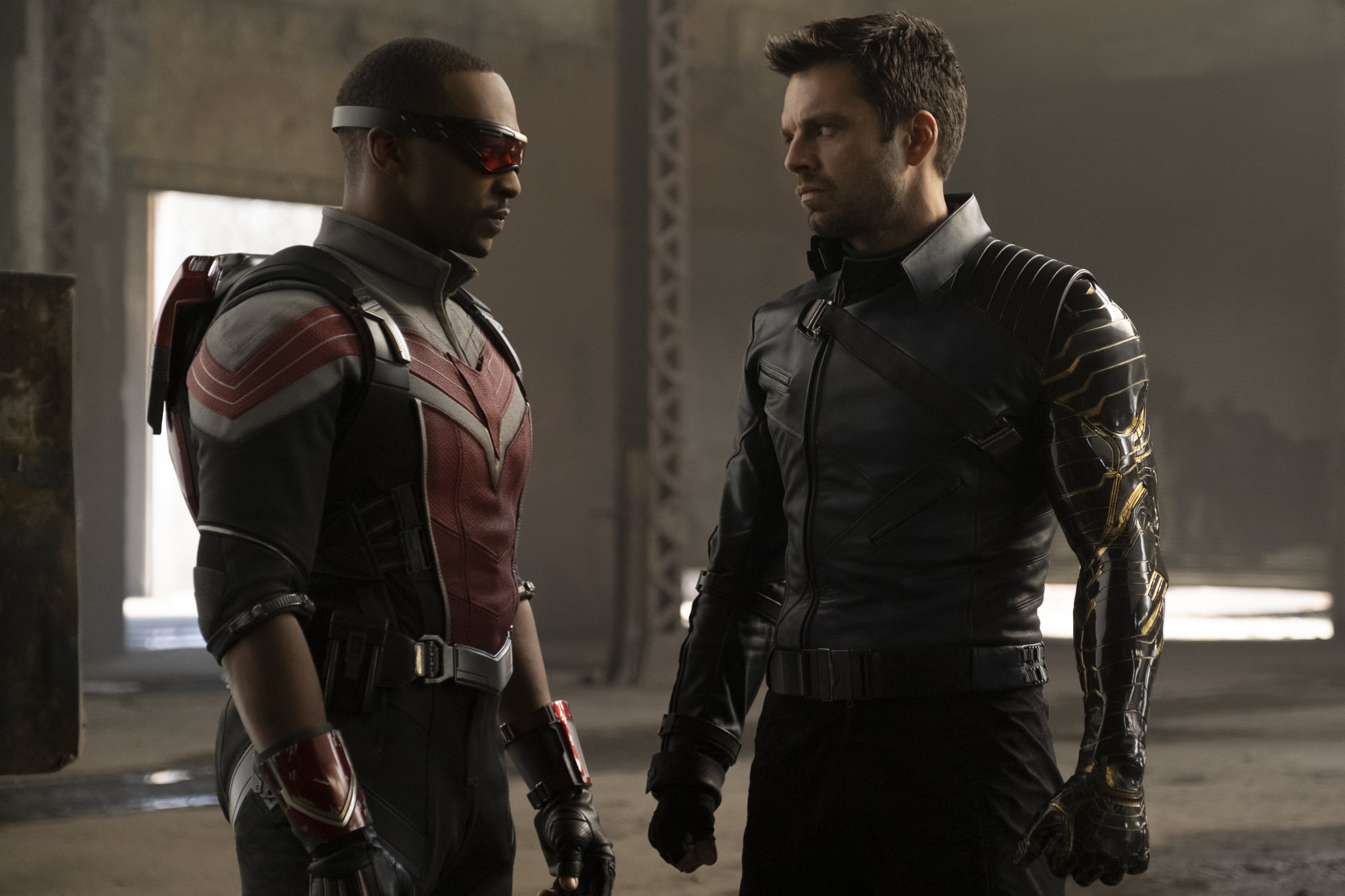 As WandaVision nears its end, the next Marvel show, The Falcon and the Winter Soldier, is already on its way. But just how many episodes will the new series be? As it turns out, it's set to be the shortest entry in the Marvel TV canon to date.

We won't get to spend much time with Sam Wilson, Bucky Barnes, and their adventures. The Falcon and the Winter Soldier is scheduled to run for exactly six episodes. It will debut right on the heels of WandaVision wrapping up: WandaVision is scheduled to release its final episode on March 5, and The Falcon and the Winter Soldier will arrive only two weeks later, starting on March 21 and running through April 23. Reportedly, it should end a couple of weeks before the Loki series debuts in early May, keeping the Marvel buzz going for several months across multiple shows.

The details of The Falcon and the Winter Soldier are slowly starting to come out, but there's still a lot being kept under wraps. For now, we know that the six-episode series, set after Avengers: Endgame, will chronicle Sam and Bucky's struggles to come to terms with the loss of Steve Rogers, as well as their own future possibilities: Sam has been left the Captain America shield by Steve (although not everyone in the government is on board with that), and Bucky is finally free from HYDRA's control after decades of being their brainwashed assassin. The trailer reveals that they'll be battling Helmut Zemo, the vengeful villain who sparked the superhero conflict in Captain America: Civil War. Other characters include the returning Sharon Carter — an ex-SHIELD agent who teamed up with Cap — and the new John Walker, whose comics identity as U.S. Agent puts him squarely in conflict with Sam.

Unlike WandaVision, The Falcon and the Winter Soldier does not officially lead into any other upcoming Marvel projects. Instead, it's likely to serve as a bridge for a couple of recurring characters who have been in their friends' star-spangled shadow for a long time. Although it's a miniseries, unlikely to have a second season, we definitely hope we'll be seeing more of Sam and Bucky in the Marvel Universe beyond these six episodes!

Image Source: Disney+
TVStreamingThe Falcon And The Winter SoldierDisney Plus