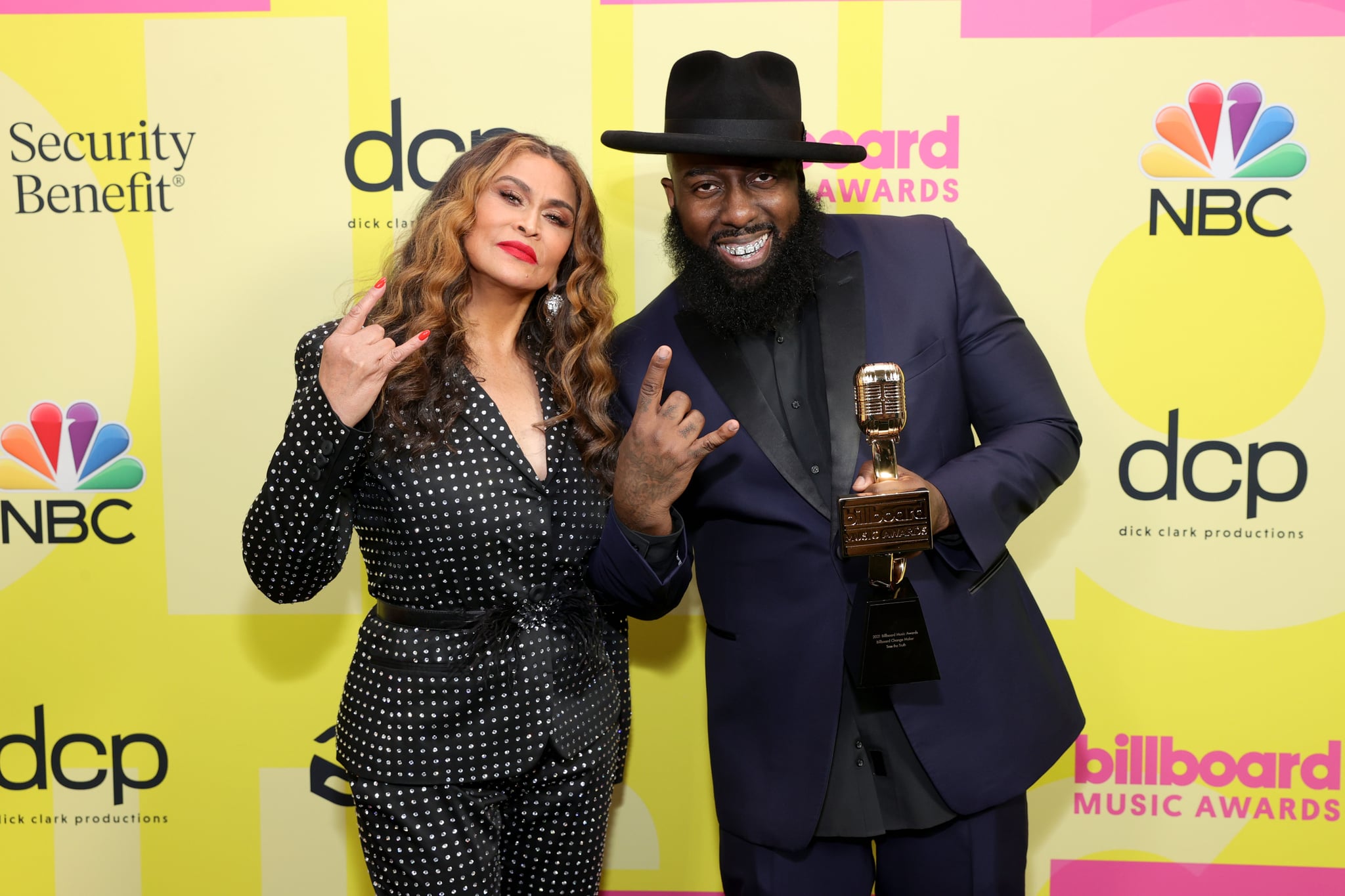 On Sunday, Tina Knowles-Lawson took the stage at the 2021 Billboard Music Awards to honor rapper and activist Trae Tha Truth with the second annual change maker award, first awarded to Killer Mike in 2020. "Trae Tha Truth is a modern-day superhero. He just doesn't wear the cape," Tina said while introducing the star, who has become a hometown hero in Houston, leading voter-registration drives, organizing demonstrations against police brutality, and standing up for those in need. "Trae Tha Truth is a legend in Houston with a heart as big as Texas. He's a talented rapper, a voice for social change, and a true humanitarian whose work touches cities across the country. His name is so fitting because Trae really is the truth."

In the wake of Hurricane Harvey in 2017, Trae began the Relief Gang, a volunteer group founded to distribute supplies and provide shelter for those affected by the hurricane. In 2008, Trae founded Angel By Nature, a Houston-based organization dedicated to helping underserved youth and those affected by hardship. Following the death of his friend George Floyd, Trae also organized a protest attended by more than 60,000 people. As a result of his advocacy and commitment to helping his community, Trae is honored by his friends and family in Houston every July 22, aka Trae Day.

"It's time for us to change the narrative and take control of our own story right about now."

"Coming from where I come from, nothing was ever promised," Trae said during his acceptance speech on Sunday. "I said if I ever got a position, I'd be there for those in need, whether it be assisting the little homies in music, whether it be assisting people who are in need of relief, or whether it's just fighting on the frontline for those who can't fight for themselves . . . I'm one of the ones who represents the struggle and the less fortunate."

At the end of his speech, Trae thanked Tina and Beyoncé for their unwavering faith in him, saying, "There's times when other people wouldn't stand for me, they always stood, when others decided to overlook [me]." True to his cause, Trae closed out the speech by demanding justice for Breonna Taylor. Watch Trae's entire moving speech at the BBMAs below.