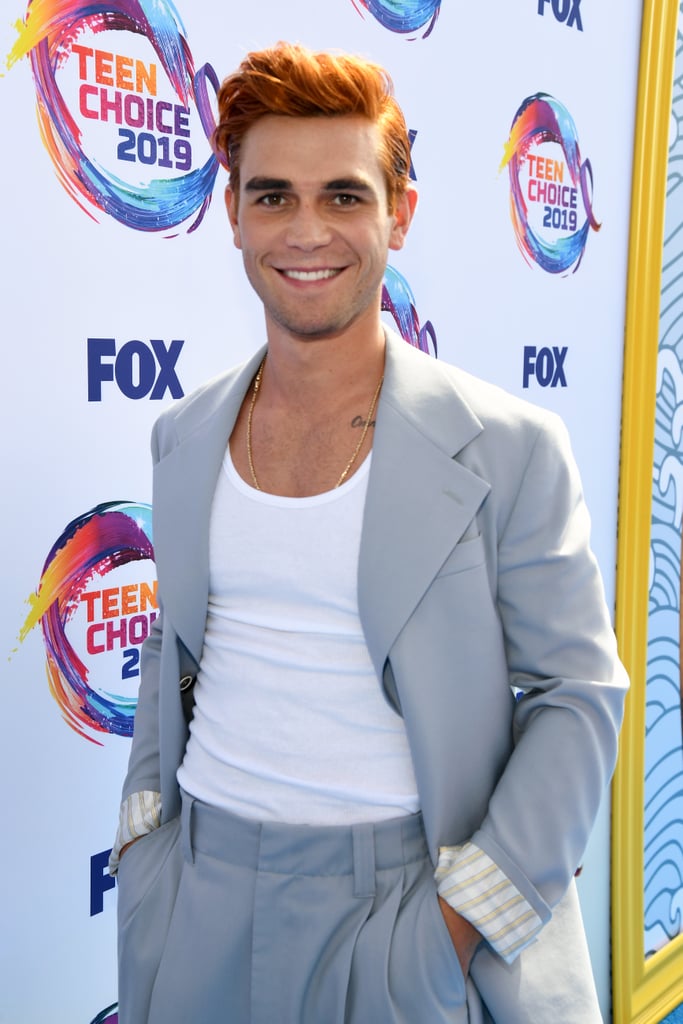 KJ Apa plays Archie Andrews on The CW's Riverdale, but he's not exactly like his character in real life. On screen he plays a total ladies' man who loves guitar, has red hair, plays football, and is an all-American guy. Off screen, KJ is in fact a musician and an athlete (he played rugby in school), but he is actually from New Zealand, has naturally brown locks, and hasn't ever confirmed having a girlfriend. "I think I'm just waiting for the right time, right girl," KJ told Cosmopolitan in 2017 about his love life. "I'm pretty busy at the moment. I don't know how much I have to offer to someone right now."

Even though he is just as charming has his onscreen persona, KJ isn't currently tied down or in a serious romance . . . that we officially know of. He is probably one of the most eligible bachelors in Hollywood right now, but that doesn't mean he hasn't been linked to a few ladies since becoming famous. The Kiwi is currently 22 years old, so he's got plenty of time to settle down, but in both 2019 and 2018 he was spotted with a different possible love interest. Check out the ladies he's been linked to ahead.