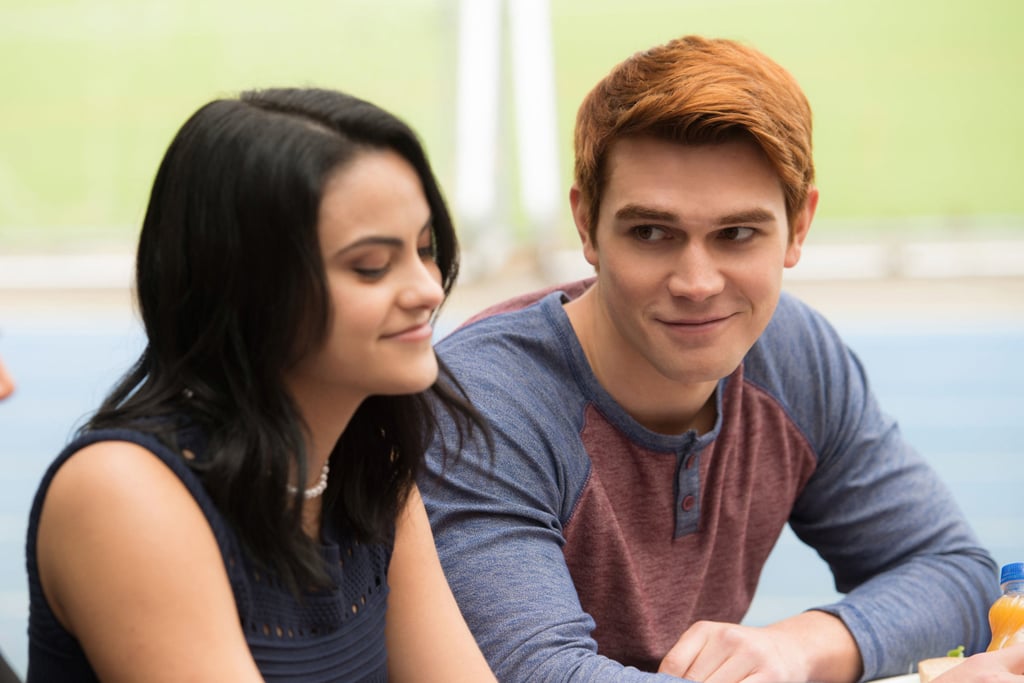 During the first three seasons of Riverdale a lot happened for everyone who lives in the town with pep, but Veronica Lodge (Camila Mendes) and Archie Andrews (KJ Apa) have definitely been through the ringer a few more times than most. Like their BFFs Betty Cooper (Lili Reinhart) and Jughead Jones (Cole Sprouse), they have had a whirlwind romance and lots of sweet but complicated times together. While their lives aren't in any way "normal," they do show what it's really like to fall in love in high school, and based on their chemistry, we have a feeling it's going to continue to be both rocky and wonderful between them for the foreseeable future.

Varchie, which is the pair's cute couple name, are a duo unlike any other. They build each other up, and are always there to support one another. Whether that means Arch fighting off V's dad, or Veronica building Archie up before a boxing match, they've got each other's backs. They each have a complicated family dynamic, which brings them closer to one another, and above all else, they are the ultimate cheerleaders for their friends at Riverdale High. Together they are badass and totally fierce. Plus, their sexy love life is red-hot almost 100 percent of the time, which we have to admit is pretty great.

See their most romantic and swoon-worthy moments from seasons one through three now, and prepare to have your heartstrings pulled, courtesy of Archiekins and Ronnie, once again in season four!