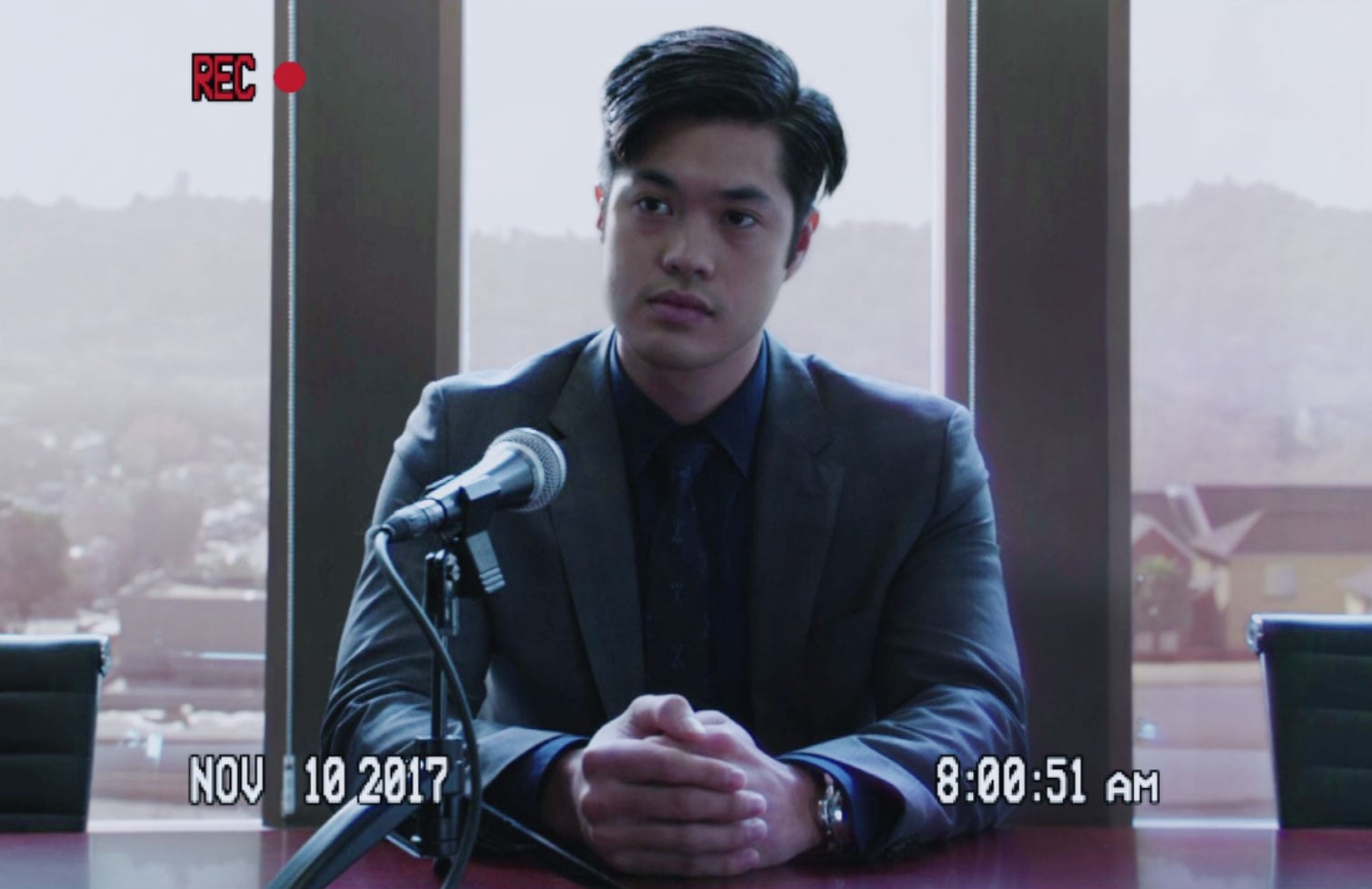 It's been a few weeks since 13 Reasons Why hit Netflix, and fans of the show have been picking apart every detail to see if they can uncover hidden meanings. For example, did you catch that the camera filters are much darker in the present day without Hannah? Or that some people think Alex didn't actually shoot himself? Something that caught my eye the very first time I watched the show (I re-watched it immediately) was the very obvious and deliberate timestamp in episode 13. Zach Dempsey (Ross Butler) is the first student to give his deposition in the lawsuit between Hannah Baker's parents and Liberty High School. The first shot of this scene is made to look like it's from the actual camera the lawyers have on the table to record their conversation and includes the month, year, and time of day it takes place: November 10, 2017 at 8 a.m.

Up until that point, I had just assumed this all took place during the Fall of 2016. Since we know Hannah kills herself shortly before Halloween, and we see Clay listen to the tapes in the few weeks that follow (the Halloween decorations around town and the kids TP-ing Hannah's house back this up), it never occurred to me that there was some time jump into the future (after all, the book takes place back in 2007 when Jay Asher wrote it). So, what could this date mean? I have a few possible theories below.

Halston
Halston: If You Were Wondering, Here's Why the Designer Loved Orchids So Much
by Stacey Nguyen 10 hours ago

Ewan McGregor
Wondering If Ewan McGregor's Halston Portrayal Holds Up? Here Are Pics of the Real Designer
by Stacey Nguyen 10 hours ago

TV
Who the Eff Is Annabelle? 7 Theories About Cruel Summer's Latest Mystery
by Divya Meena 11 hours ago

Family Life
Teens Can Probably Watch The Woman in the Window, but Be Aware of These 5 Things
by Amanda Prahl 11 hours ago