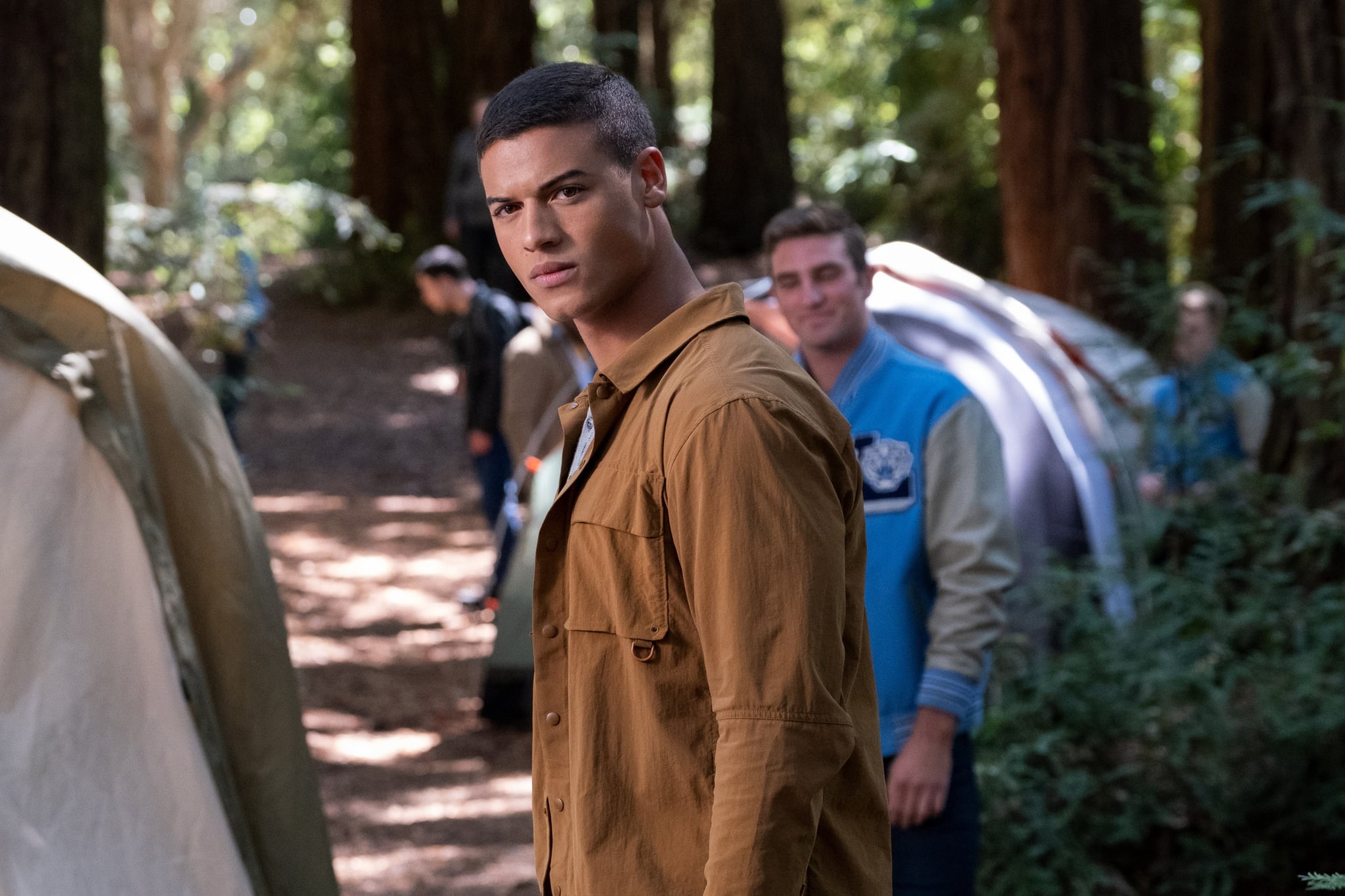 A couple times during the fourth and final season of 13 Reasons Why, the football team mentions someone named Beecher in passing. When they're trying to figure out where to have the Find Your Drink party, someone says Beecher's parents found out, so he can't host the party. And on the senior camping trip, someone mentions that Beecher is missing. And if you're wondering who actually is Beecher, we can help you. Beecher is a real character, but his role is so small that if you blink, you'll miss it.

The answer is in the senior camping trip episode, which is in episode four, "Senior Camping Trip." All the Liberty High seniors set out into the woods on a scavenger hunt, not realizing that someone has tampered with the clues and set everyone up to be messed with. The students all get separated, leading to Clay (Dylan Minnette) falling in a hole and getting trapped. But as a group of the football players wanders through the woods right after that, one of them says, "I'm telling you, we went back for him, and he wasn't in the hole." And one of the other boys replies, "Does Beecher have him?" And someone else answers, "We don't know where the f*ck Beecher even is — he's missing." Then they also realize they don't know where Diego (Jan Luis Castellanos) is either.

Related:
This 13 Reasons Why Callback to Season 1 Just Made My Heart Hurt a Little

Soon after, we find Justin (Brandon Flynn) and Charlie (Tyler Barnhardt) in an abandoned cabin in the woods, when Diego and Luke (Austin Aaron) storm in, clueless as to who is messing with all of them. We would have assumed that if Diego and Beecher were both missing from the football team in the woods that they would show up in the cabin together, but alas, this doesn't happen.

As Diego admits to tampering with the scavenger hunt clues, they hear someone struggling outside the cabin door. Another one of the football players crashes through the door with his mouth taped shut, his hands bound, and his pants missing.

And here we have Beecher.

It's confirmed a few minutes later, in the next cabin scene, when Diego says that whoever is messing with them got into his tent and stole his things and "attacked Beecher," while pointing to the pants-less football player (played by newcomer Christian Brochard) beside him.

Thus, the mystery of Beecher is solved.