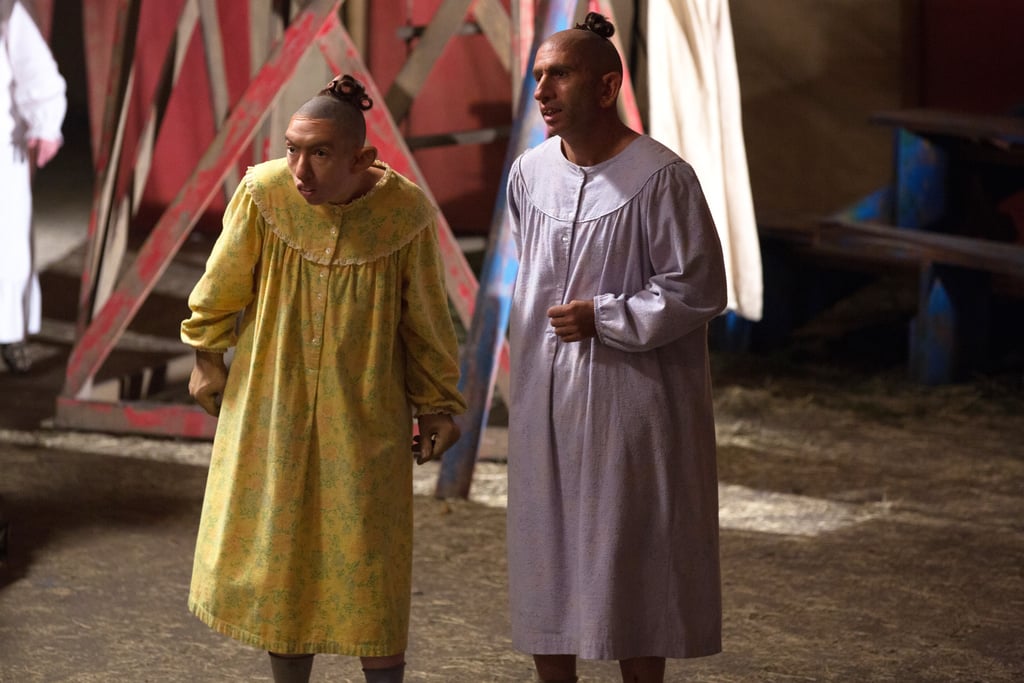 Here Are the Disturbing Backstories of American Horror Story's Freaks

We've learned quite a bit over the course of this season of American Horror Story: Freak Show. The mythical Edward Mordrake (guest star Wes Bentley) recently appeared to recruit a member of the freak show for his own (dead) troupe, and a handful of characters campaigned to join him by sharing their lowest moments via flashbacks. Horrible news: they're even lower than you might have imagined. Meanwhile, this week's episode exposed some more hints about Pepper's past. It really doesn't even matter if you watch the show; these are just some very interesting characters. Here's what we've learned so far!