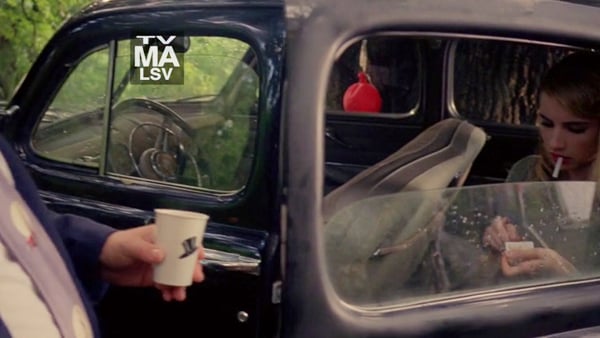 In all the excitement we've had over Lady Gaga joining American Horror Story, we almost forgot that creator Ryan Murphy hadn't addressed the top hat clue in Freak Show, which he said was "a big season 5 clue." (If you missed it, Emma Roberts's character reaches for a coffee cup with a top hat printed on it.) In the latest issue of Entertainment Weekly, it appears that the top hat clue pointed to Lady Gaga all along. Here's how.