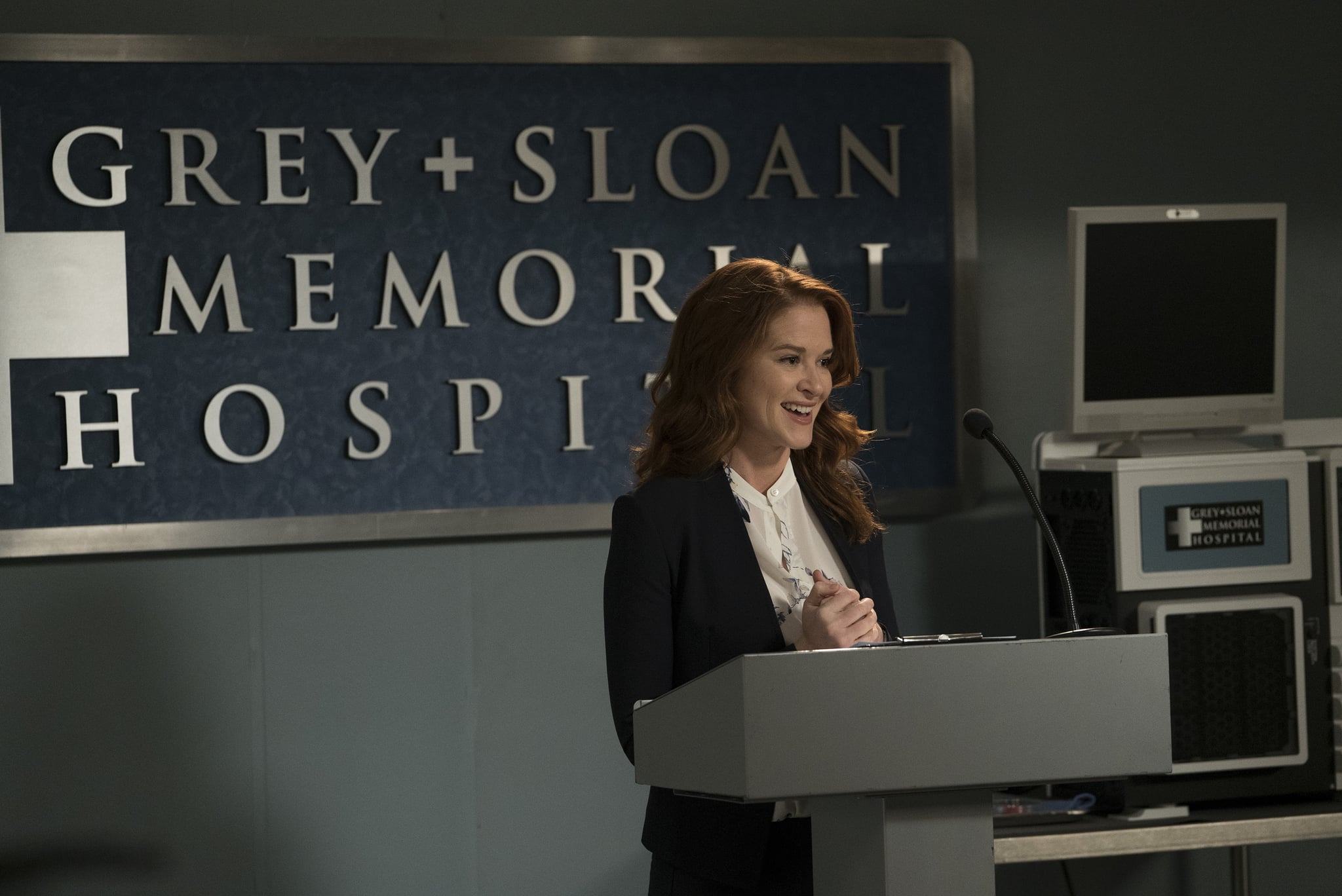 This week was very traumatic for Grey's Anatomy fans. In the penultimate episode of season 14, April is on the brink of death for quite some time. Horrified, we learn that she's fallen into a hypothermic state after her ex, Matthew Taylor, gets in a car accident. She must have slipped while calling for help. Luckily, our favorite trusty doctors manage to save her life. Before we can even be like, "Wait, what?" in reaction to April and Matthew being in the same car, we get the confirmation: April and Matthew have been seeing each other. In spite of the fact that all "Japril" fans' dreams have been permanently dashed, it's still pretty sweet to see them reunite at the end of the episode.

If you found yourself blindsided by the revelation that they're back together, I have a fun little bit of foreshadowing to share with you. April actually mentions her relationship with Matthew very casually a few episodes before this one. You probably remember the episode I'm referring to: as presentations for the surgical contest begin, Arizona unknowingly distributes weed cookies to a good portion of the hospital staff, and April is among the people who indulge. She gets sequestered in a room with Bailey, and the two loopy doctors spend a lot of time saying random things to each other. April casually mentions all the Harper Avery sexual harassment allegations.

Then she says this: "I have a secret, too! I'm seeing someone."

Obviously, it's so clear in retrospect that she's talking about Matthew, especially since they have that sweet moment in the chapel during the previous episode. As for how April and Matthew's reconciliation will tie in to April's departure? Your guess is as good as ours.