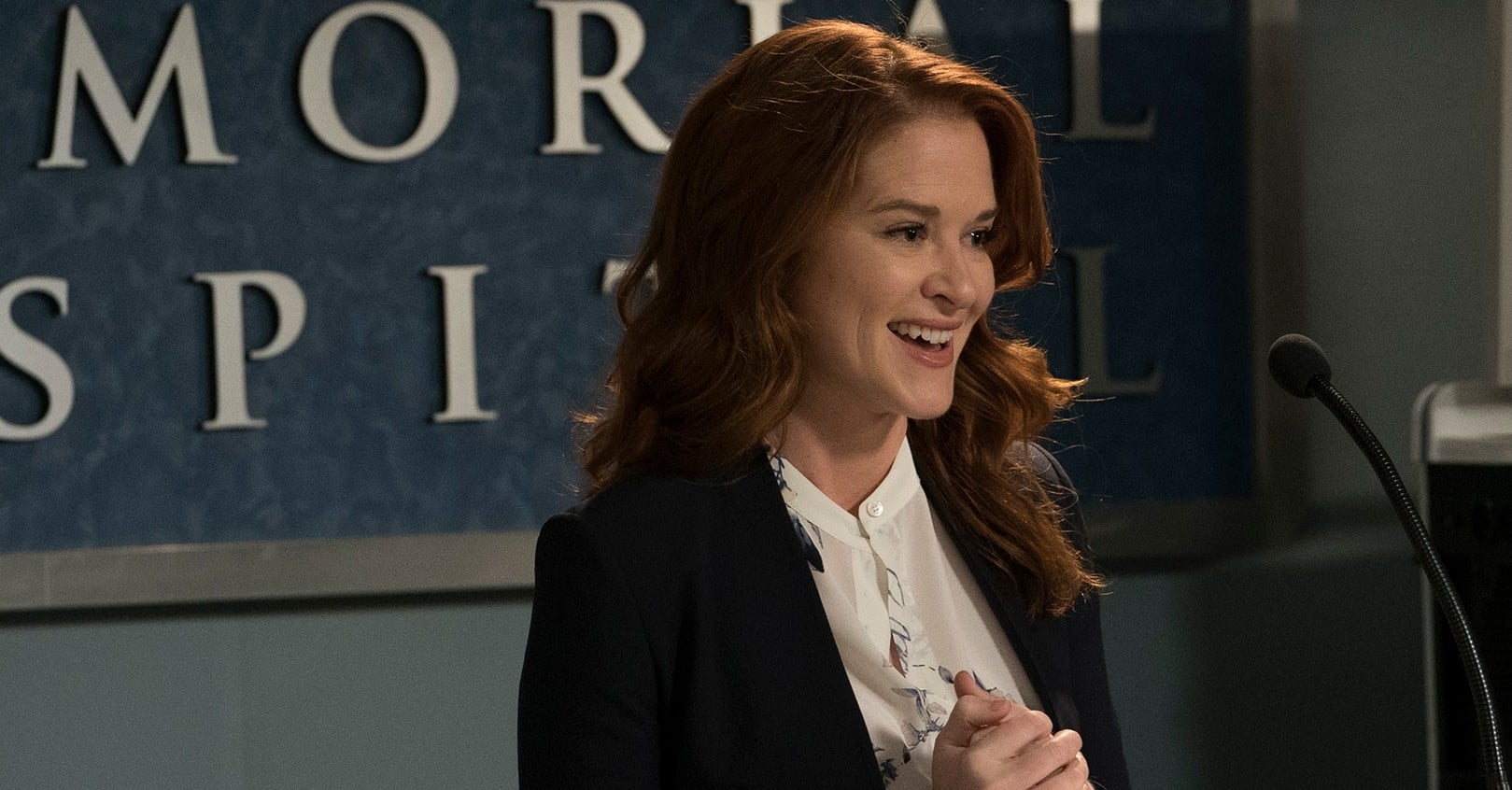 There's a silver lining to the dreariness on Grey's Anatomy. After a long downward spiral into depression and even worries of a suicide, the plucky doctor seems to be on the upswing. Unfortunately, April is still on her way out, and there are still plenty of other ways she could leave the show. But thanks to some crucial new information, the details surrounding April's contentious exit may have just become a bit more clear.

As you know, the most recent episode is mostly focused on Sam's immigration scandal at Grey Sloan. And while the whole situation offered plenty of drama, there was something else going on that really pulled our attention. Matthew Taylor is back in the hospital with his sick little one. As we all know, Matthew is the man April jilted on her wedding day, when she ran away with Jackson. Matthew recently returned to the show for a quick guest spot a few episodes ago. He and his wife are about to welcome their baby — his wife, of course, is the woman he met and married after April left — and she ends up dying during childbirth. Matthew is left alone to raise his child on his own.

Previously, I saw Matthew's return as an opportunity for a reconciliation with April. Sadly, though, he was gone after that episode, and he hasn't returned . . . until now. It can't be coincidence, right? As I said before, both April and Matthew have experienced great loss: April lost her son, and Matthew lost his wife. Being able to relate to that kind of grief can really bond two individuals. Plus, April's marriage with Jackson has ended, and Jackson has moved on. Both of them are single parents. It makes sense.

We also have even more insight into April's arc, and it seems like she's in a much better place to be open to Matthew again. She's just found her faith in God again, and that's another profound commonality she shares with Matthew when they first meet: they're both pretty religious. This time around, maybe they can both see how perfect the timing is. And it's not lost on me that the two of them finally reconnect in the hospital's small chapel. Maybe this time, things won't be different. Maybe this time, Jackson won't intervene. Maybe April will finally get the happy ending she deserves.

With only a handful of episodes left until the season 14 finale, it's time for the pieces to fall into place. And sure, Ellen Pompeo said the finale is "devastating" and that it has a "side of absurdity," so the fate of April is still pretty up in the air. Call me crazy, but I'd like to see her ride into the sunset with her eyes on the horizon.