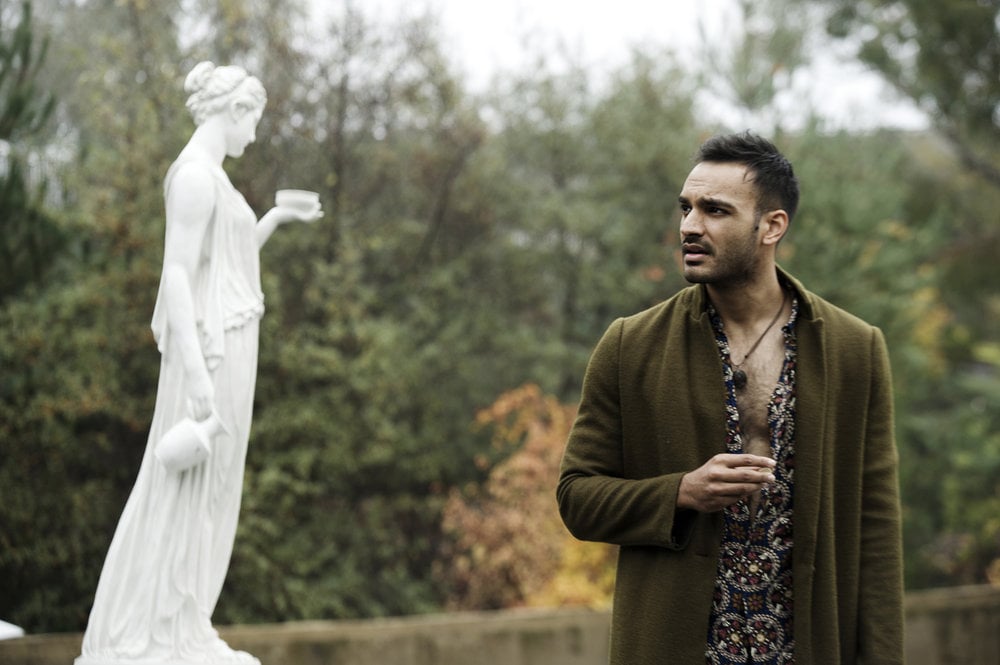 After nearly one season, Syfy's The Magicians has caused some major waves. Not only does the show have a rabid fanbase thanks to Lev Grossman's book trilogy, but the TV series continuously pushes boundaries for the fantasy genre in a whole new way. As the show gears up for its season finale, fans are left wondering about what's to come. Will we ever learn who the Beast is? What will become of the characters once they get to Fillory? And, ultimately, will it stay true to the books? We had a chance to sit down with Arjun Gupta, who plays Penny on the show, and he teased a few details about what's to come. Keep scrolling to see what he said, then check out five interesting connections the show has with Gossip Girl.

HBO
What's Going on Between Harper and Cameron on "The White Lotus"? 3 Theories
by Grace Orriss 5 hours ago