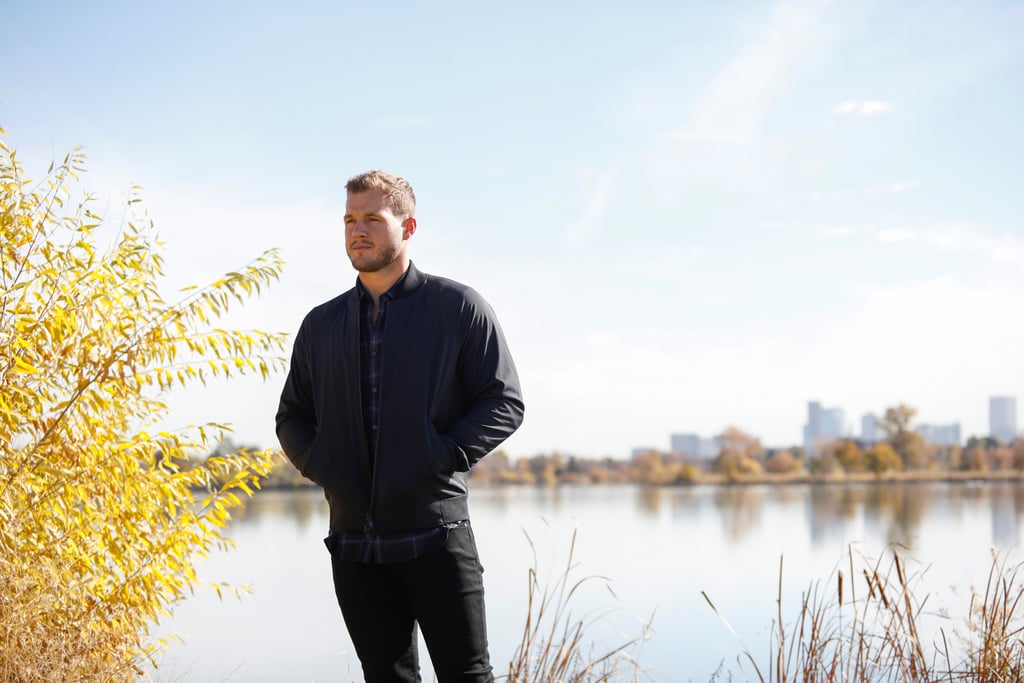 Well, it still hasn't happened, Bachelor Nation: Colton Underwood has yet to jump that freakin' fence on The Bachelor. However, he did have four very awkward hometown dates during the most recent episode. Let's dive in, shall we?

For the most part, this episode seemed to be all about establishing two things: that Colton get the "blessing" to marry each of the four remaining women from their fathers — are we really still treating women like cattle with this ancient tradition? Come on — and obtain verbal confirmation from said women that they're "falling in love with" him too. Needless to say, Colton's journey to the hometowns of Tayshia, Cassie, Hannah G., and Caelynn didn't all go as planned. Rather than being welcomed into each of the families, his interactions mostly involved having deeply awkward chats with a bunch of dads who clearly don't think much of him, as the girls simultaneously gossiped, cried, and assured their loved ones that he's the real deal in sparsely decorated living rooms out of earshot.

While Tayshia's father had the line of the episode — "You can't microwave relationships" — it was Cassie's dad who really couldn't bring himself to give Colton his permission to marry his daughter ("Colton seemed like a . . . guy"), setting off a chain of events that will no doubt lead to Colton hopping over that fence in the next episode.

Colton and Cassie met up in her hometown of Huntington Beach, CA, and she attempted to give him a surfing lesson, where he wiped out over and over again. But who would've thought the biggest wipeout would happen later on at Cassie's family dinner? (Everyone. We all did.) Despite describing Cassie as "the perfect balance of sexy and cute" — Colton WOULD quote Crazy Stupid Love on this show — her family was less than impressed.

Cassie and her sister had a very teary-eyed chat about whether or not she's ready to get engaged, and she said she's not, but that she can see herself "getting there." Cassie's mother seemed to like Colton for the most part but wants her daughter to have more time. Her father echoed Cassie's mom's sentiments and seemed particularly rankled by the fact that Colton is off professing his love to three other women and their families. He told Cassie that "it's not like buying a new car" and that Colton "gives [him] some pause."

Ultimately, her dad couldn't give Colton his blessing for Cassie's hand in marriage. Cassie also ended the night confused and didn't tell Colton she was falling in love with him like every other woman had. In typical Colton fashion, he flashed her some disappointed puppy eyes and skulked into a waiting SUV.

The end of the episode saw him needing to make a big decision about the final four women left in the competition following their dates. Tayshia, Hannah, and Caelynn's hometowns all went reasonably well compared to Cassie's, which was why it came as such a surprise that the latter was who Colton decided to eliminate. (I mean, not as TOO much of a surprise, though, since Cassie has been the front runner all along).

After Colton revealed he was picking Cassie over Caelynn, the former beauty queen leaned over to Cassie and whispered, "Bye, friend. Get engaged." Kind of a weird thing to say to your competition when you've just been dumped by the guy you're in love with, no? Especially when both of you just got done fielding criticism from other girls in the house that you're there for the wrong reasons? I digress.

So where does that leave us? Caelynn is sobbing her way home in an SUV somewhere, a fence is out there waiting to be jumped, and Colton still doesn't seem to have a clear idea of what he wants. Fortunately, Bachelor Nation has no shortage of opinions on the whole situation, which you can check out after the jump.

Related:
6 Signs Pointing to Cassie Getting a Proposal From Colton on The Bachelor
Previous Next Start Slideshow
The BachelorTVColton Underwood