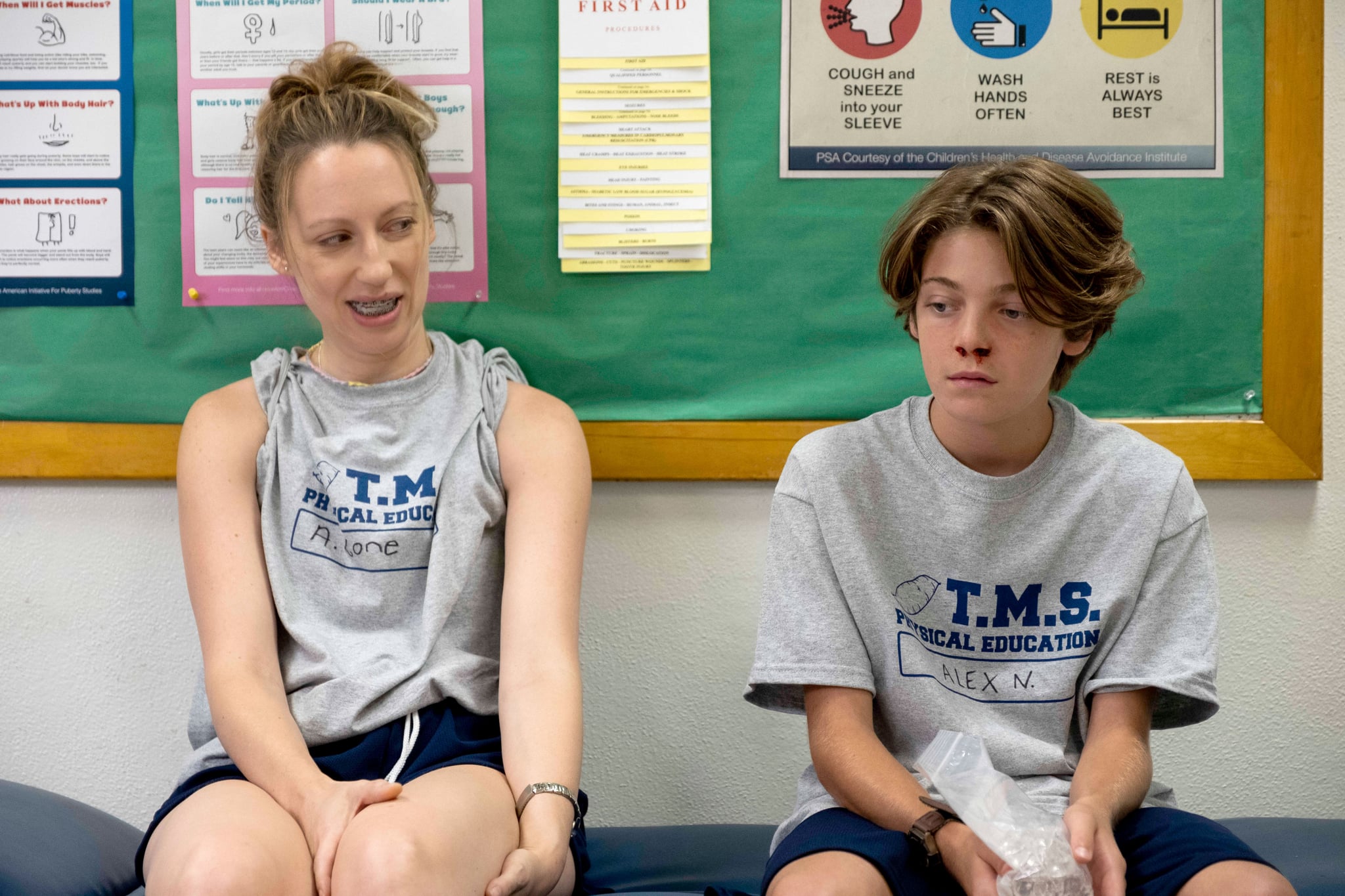 If you're a '90s baby who spent your teenage years in the early aughts, then watching PEN15 on Hulu should actually be required. Set in the year 2000, the series revolves around Maya Ishii-Peters and Anna Kone, two 13-year-old outcasts embarking on their first day of middle school wearing polo shirts and lace-up jeans, and whether you like it or not, you're transported right back to seventh grade with them. But here's the catch: as convincing as they are, the two main tweens are actually played by 31-year-old comics Maya Erskine and Anna Konkle, drawing inspiration from their own traumatic (and hilarious) adolescent experiences.

Knowing Maya and Anna are grown women is part of the fun as they navigate the world of instant messaging, thongs, and first periods along with their classmates (who are actually all played by young teens). However, there's probably one thing that doesn't sit right with you: are these grown women actually kissing 13-year-old boys?

Related:
If You Recognize This PEN15 Actor, You're Probably a Fan of Network Dramas

In the show, during a group movie night with her first "boyfriend" (where they are watching the newly released VHS of Wild Things, of course), Anna has her first kiss, but as Konkle clarified for Vulture, she does not actually kiss the 13-year-old actor playing her boyfriend. Instead — along with their cocreator Sam Zvibleman and director Dan Longino — Erskine and Konkle honed a technique where they used long shots of the young actors spliced with close-ups of very obviously adult body doubles. In the scene of Anna's first kiss, the camera zooms close up to a pair of lips (which actually belong to Konkle's real-life boyfriend, not the young actor) and the camera cuts away after the actors share an agonizingly long stare.

It may feel awkward to know that grown women are flirting with 13-year-old boys, but Erskine and Konkle channel their 13-year-old selves so persuasively (Limited Too outfits and braces aside) that you almost forget they're old enough to buy their own beer — which is the whole point. Sure, they could have cast adults for all of the roles, but as Konkle pointed out, the series would then feel like a sketch. "The humor would be lifted away from it, and the authenticity that is brought, and even just the very basic, simple feeling of it's funny to us to be made fun of by kids," she told The Hollywood Reporter. "It kept coming back to it's so important to fill this world with the authentic teenagers that really are 13." We couldn't agree more.