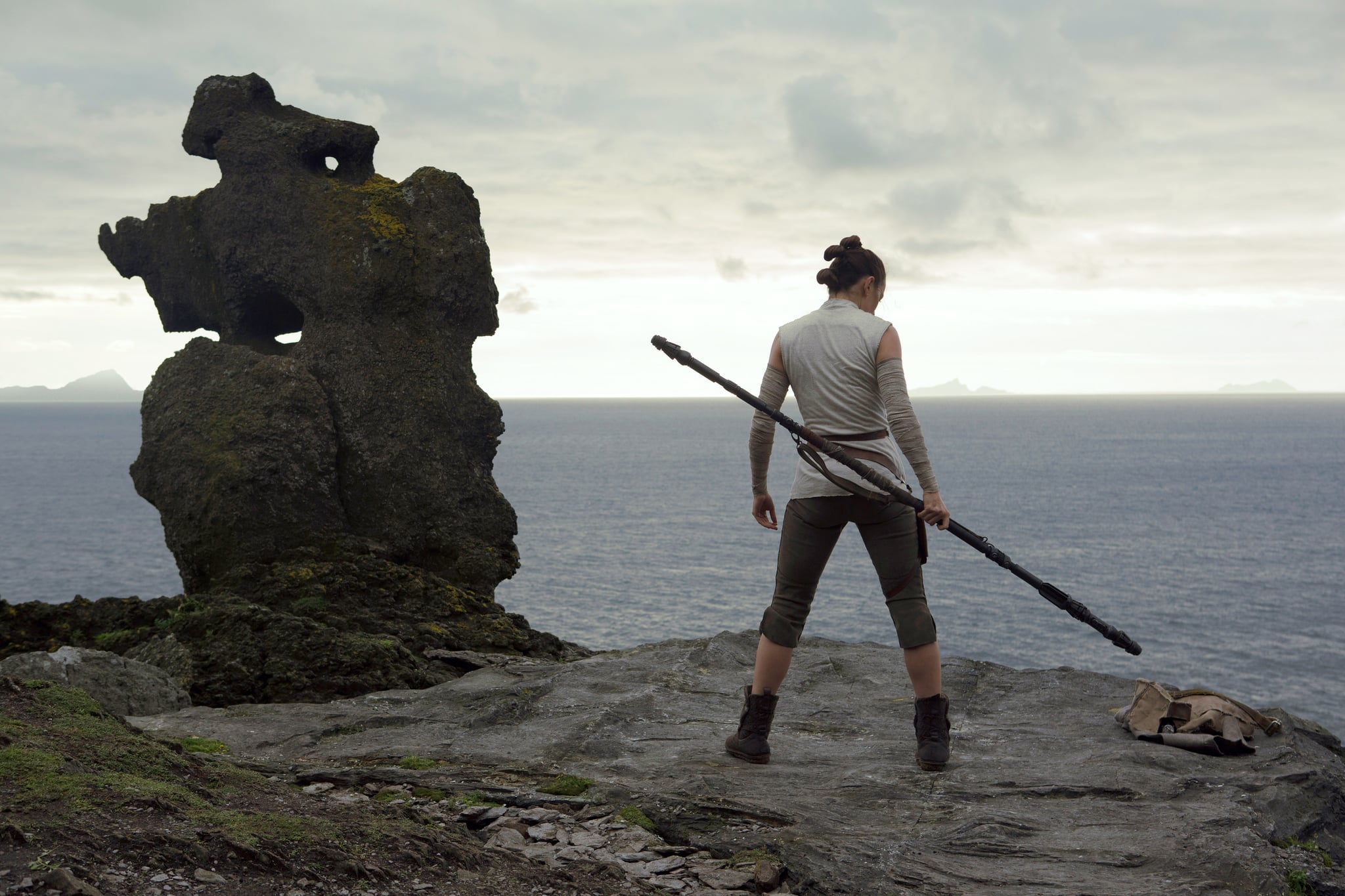 Warning: big spoilers for Star Wars: The Last Jedi below!

Star Wars: The Last Jedi ends on a hopeful, if curious, note. The Battle of Crait is the big finale set piece, seeing Luke sacrifice his life (or at least his physical form) for the cause during an 11th-hour lightsaber fight with Kylo Ren. Although the legendary Jedi and those gold dice seemingly vanish into thin air, the fighting spirit of the Republic does not disappear along with them; against all odds and despite all losses, the Resistance is still very much alive.

There are two scenes that seem to confirm this. The first is the shot of Rey closing the door of the Millennium Falcon, which comes directly after a shot of Kylo Ren. It appears to visually signify her cutting off the mental line of communication that Supreme Leader Snoke opens between the two young Force users earlier on in the film, which is already fractured by The Last Jedi's conclusion since Rey rejects Kylo's offer to rule the galaxy together. Luke might be gone, but Rey is more than ready to step into his shoes and lead the Resistance alongside Finn, Poe, and General Leia Organa; the empathy she feels for Kylo will no longer muddy her mission.

Related:
Star Wars: The Last Jedi Reveals a Truth About Leia We Kind of Knew All Along

The second scene is by far the riskier one, narratively speaking, since it opens up a whole bunch of new doors for the future of the franchise. After seeing the Republic narrowly escape certain death on Crait, we're dropped back into Canto Bight. The ocean-side city is where Rose and Finn go to find a "slicer" to prevent the First Order from tracking their ship. In addition to a colorful trip through a casino and a run-in with Joseph Gordon-Levitt, the duo end up sneaking into the stables under the casino where rabbit-horse hybrids called Fathiers are kept. They're able to escape with the help of a young stable boy once Rose flashes him her Resistance ring, and it's this character — played by Temirlan Blaev and credited only as "Stable Boy" — that the movie decides to end on.

The moment is as subtle as it is important.

The final sequence of the movie sees the boy listening to another young stable boy tell stories about Jedi before being yelled at to go outside and sweep by their angry alien boss. The boy does as he's told, but the real kicker is when he reaches for the broom: he pulls it into his hand using the Force. The moment is as subtle as it is important. He's then seen twisting Rose's Resistance ring around his finger (I guess she had time to give it to him in the midst of the Fathier stampede?), holding his broom like a lightsaber, and staring up at the starry sky with hope.

While there's no telling where Episode IX will go, this scene seems to echo a line uttered by Poe Dameron earlier on in the film: "We are the spark that will light the fire that will burn the First Order down." No matter how dire the situation gets for the Resistance, the seeds of rebellion have been planted in a whole new generation of people. Even if we never see this boy again, his small use of the Force is sign enough that Luke's sacrifice was worth it — a new class of Jedi has been born. And since Rey saved the Jedi texts, she's ready to teach them.