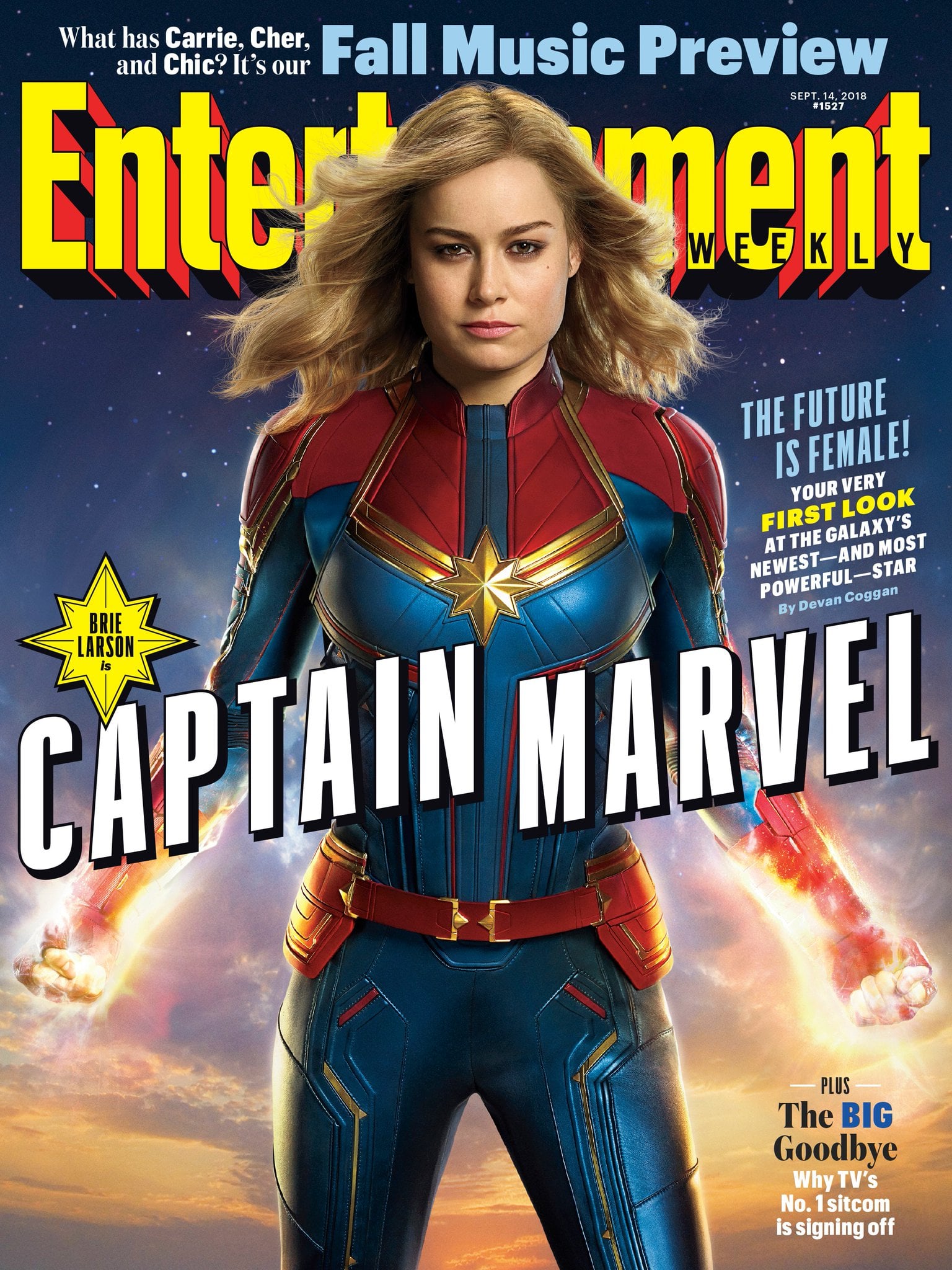 By the end of Avengers: Infinity War, one thing became abundantly clear: there's only one person who can save our heroes from the sheer devastation of Thanos, and she's only barely hinted at in the postcredits scene. Regardless, the astounding Captain Marvel is on the scene, and we're sure she'll know how to handle the snap heard 'round the universe. But before that can happen, we get to see the superhero in her own standalone film, and now we have our first official glimpse of the f*cking awesome female.

Entertainment Weekly has unveiled Captain Marvel in all her supersuit glory, with her beautiful feathered hair, glowing fists, and perfect eyebrows. The suit itself it pretty marvelous (sorry), complete with gorgeous shimmery reds and blues, plus that impressive gold star insignia we first saw in Avengers: Infinity War. It's true, Captain Marvel won't be released in the epic Marvel universe until March 8, 2019. But this first glimpse means the avalanche of exciting details, photos, and trailers must surely be around the corner. Stay tuned — it's only a matter of time before Cap opens a can of whoop-ass on Thanos's ugly, giant, purple face.