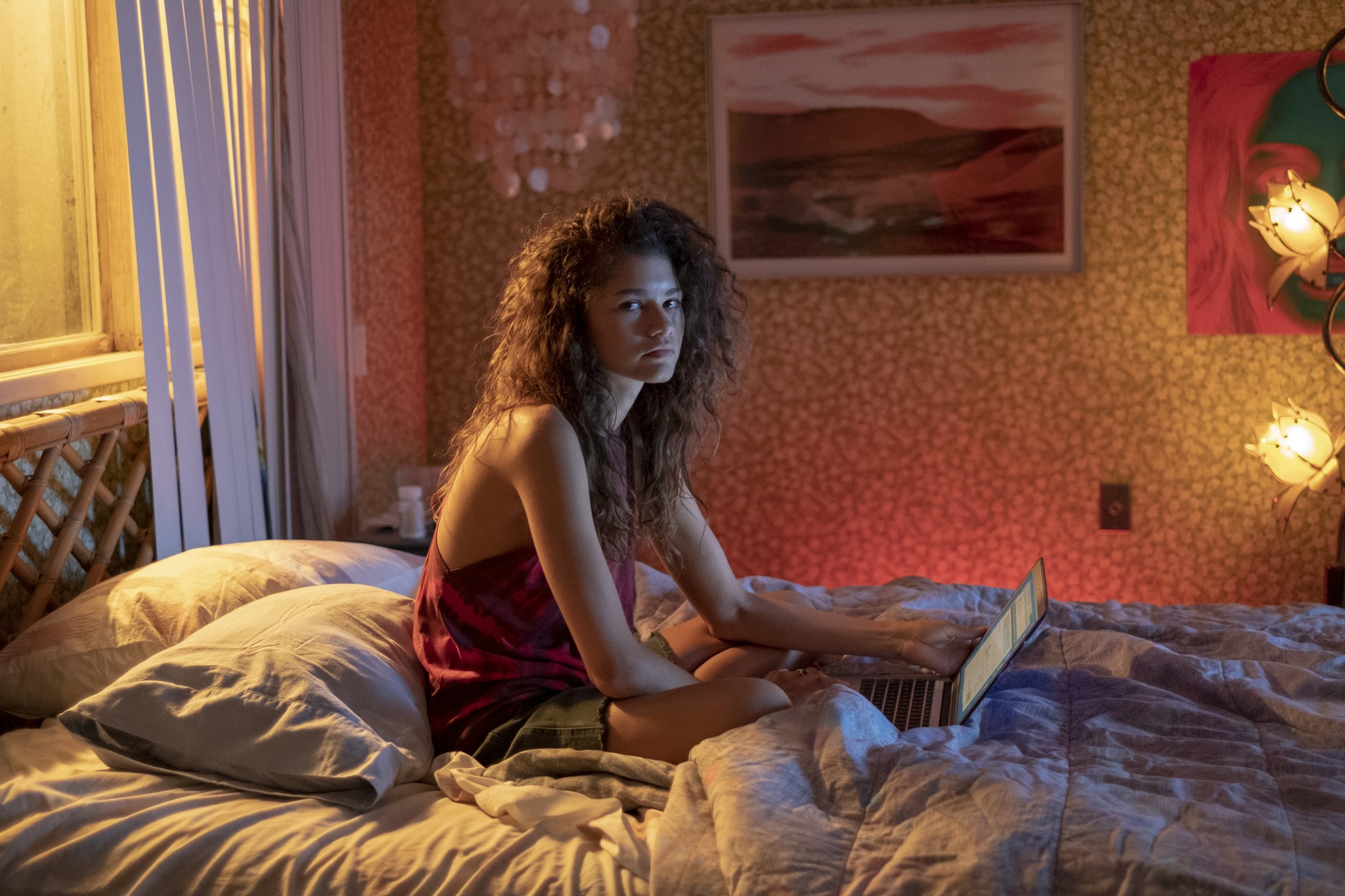 If HBO's new series Euphoria isn't already on your "must watch" list, we strongly suggest you add it to your queue. Although the show is about teenagers, it's just as important (if not more so) that adults watch the series — because this is most definitely not a fun, soapy teen drama. So what exactly is it? Let's back up a bit to talk about the show and what inspired the plot.

Euphoria centers around the story of Rue (played by Zendaya), a 17-year-old high school junior who has recently been released from a drug rehab center where she was sent after suffering an overdose. Despite the near-death scare that led to her stint in treatment, Rue has no plans to stay clean, and her first order of business upon returning home is to buy drugs. Although Rue is the show's main character, Euphoria also explores the stories of other teens in her community who are dealing with struggles of their own: Nate, a popular athlete whose anger issues mask insecurities about his sexuality; Lexi, Rue's levelheaded childhood best friend who is torn about the best way to support Rue; Gia, Rue's 13-year-old sister who discovered her post-overdose; and Jules, a trans girl who is new to town and quickly bonds with Rue as she copes with her own childhood trauma.

Many compelling, gritty HBO dramas are based on books (think Sharp Objects and Big Little Lies), but that isn't the case for Euphoria. However, creators didn't come up with the plot from scratch — the series is actually based on a true story, and one that's extremely personal to showrunner Sam Levinson. At the Los Angeles premiere of Euphoria, Levinson explained that his goal was to provide an accurate, unflinching depiction of what it's like to battle drug addiction as a teen.

"Somewhere around the age of 16, I resigned myself to the idea that drugs could kill me, and there was no reason to fight it; I would just let it take me over and I'd made peace with that. By the time I was 19, I was in rehab, I'd checked in and was trying to get off of opiates and onto a more productive drug like crystal meth [so he could write]," Levinson told audiences, according to The Hollywood Reporter. While in rehab, Levinson said he began to think about what his legacy would be if he passed away right then and there, and it led to a difficult but necessary realization: "I'm a liar, I'm a thief, I'm an addict, I've been sh*tty to almost every person in my life that I love, and I had a moment where I thought, 'I don't feel that way inside, I think I'm a better person than that.'"

Levinson also shared that he has been clean for 14 years and now that he's free from the grip of addiction, he is able to be the best version of himself. Will Rue be able to recover from her own addiction disorder? We'll have to stay tuned to find out, but it's encouraging that the depiction of an often misunderstood, highly stigmatized illness is in the hands of someone with firsthand, deeply personal knowledge of the subject.