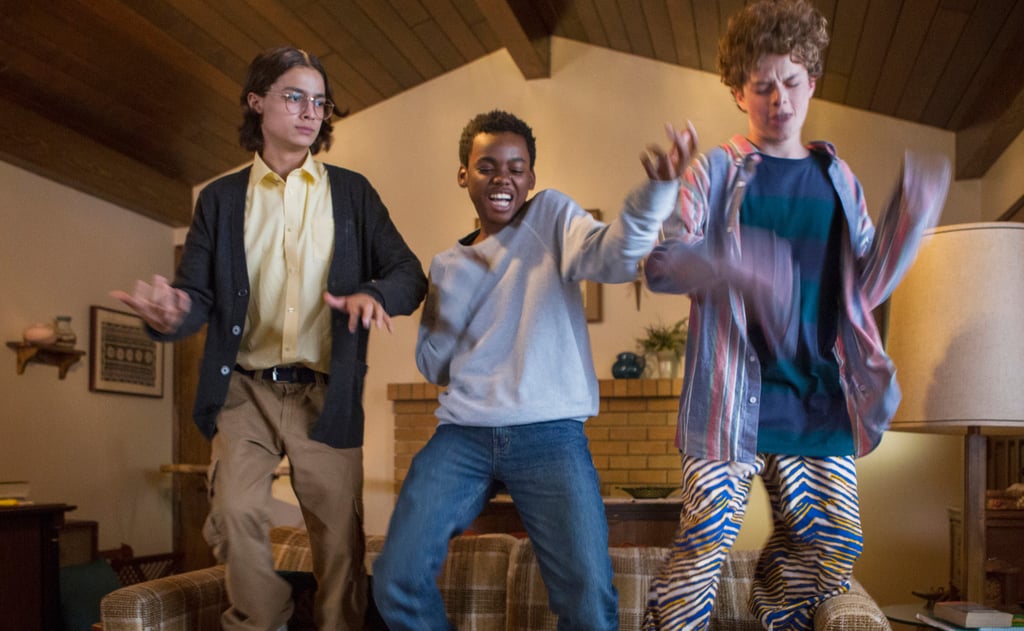 The Everything Sucks! Soundtrack Is Everything You Love About the '90s

Everything Sucks! is about to be your latest Netflix obsession. It's a coming-of-age story set in Oregon in 1996, with the high school trials and tribulations kicking off with a fierce rivalry between the drama club and the audio-visual club.

The 10-episode season starts off a little uneven, but trust us — stick with it, because the show gets better and better as it goes on, with the last four episodes coming together for some beautiful moments. It'll also scratch that nostalgia itch you might have while you wait for Stranger Things season three. Everything Sucks! is set in the mid-'90s, and it shows the same affection and reverence for its time period as Stranger Things does for the 1980s.

Related:
Every Movie, TV Series, and Special Coming to Netflix in 2018

One of the highlights of this '90s-fest is the music, obviously. Alanis Morissette, Oasis, Gin Blossoms, Weezer — the list goes on and on. Check out POPSUGAR's gallery and Spotify playlist for all the best tunes from Everything Sucks!, and be sure to binge this adorable teen comedy, which you can easily do in one day because the episodes are only a half-hour long.

Netflix
Pogues and Kooks Alike Are Wondering: Will There Be a Third Season of Outer Banks?
by Mary Everett 15 hours ago

The Weeknd
The Dawn Is Coming: The Weeknd's New Music Era Already Sounds Like a Total Party
by Kelsie Gibson 18 hours ago

Frank Ocean
Mark Your Calendars! Frank Ocean Is Set to Headline Coachella in 2023
by Monica Sisavat 19 hours ago