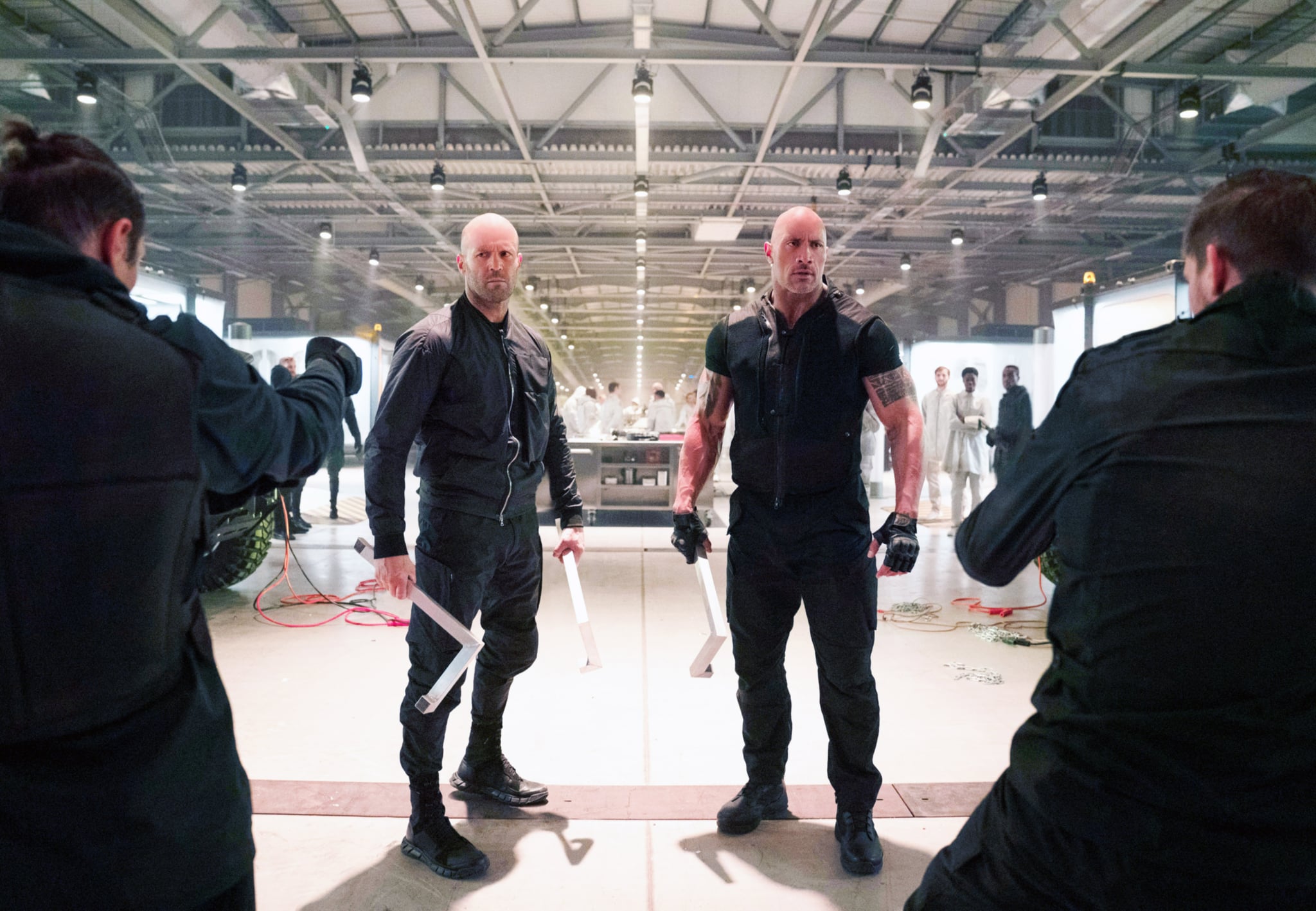 If you thought the drama behind the scenes between the Fast and Furious stars was wild, wait until you hear about the stipulations they added into their contracts to protect their macho images. According to a report by The Wall Street Journal, which spoke with several producers and crew members, including Michael Fottrell, the franchise's lead stars have contract demands to ensure they all give as good as they get in scripted fight scenes.

You read that right; in the same films where more scenes are dedicated to machinery blowing up than meaningful dialogue, actors have producers keeping track of how many times their character is getting punched. The report specifically calls out Vin Diesel, Dwayne Johnson, and Jason Statham, the latter two who star in the recently released F&F spinoff, Hobbs & Shaw, mentioning that each star limits the amount of punishment their characters endure. And it's all in the name of not appearing "weak."

Related:
Dwayne Johnson on Bringing Hobbs and Shaw to Life at the Expense of Fast 9: "I Needed More Juice"

Diesel, who has been playing Dominic "Dom" Toretto since the beginning, reportedly cooked up a rating system tallying how many times each actor was hit to ensure violence was being doled out equally. The idea was rightfully shot down for being too complex (and ridiculous), but Fottrell admitted that scripted fights were choreographed so there is no definitive winner. Suddenly, all those fight scenes that seem to go on forever, only to end in a stalemate or be interrupted by a random projectile blowing something up, make a lot more sense.

The report also highlights how Statham negotiated an agreement that limits just how badly he can be beaten up on screen and Johnson uses a team of producers, editors, and fight coordinators to make sure he always gives as good as he gets. While we totally get wanting to ensure your character's badass potential is given its fair spotlight, it all seems like a bit too much. No one is above getting their asses kicked every once in a while, and contractually assuring that your character can't be beaten doesn't make them a better character. It just makes the fights even more unrealistic.

In response to the report, a Universal spokesperson stated that the negotiations made it so "every character has their moment" and are seen as formidable opponents. "Each Fast character is a hero to someone watching, and we never forget that," they added.