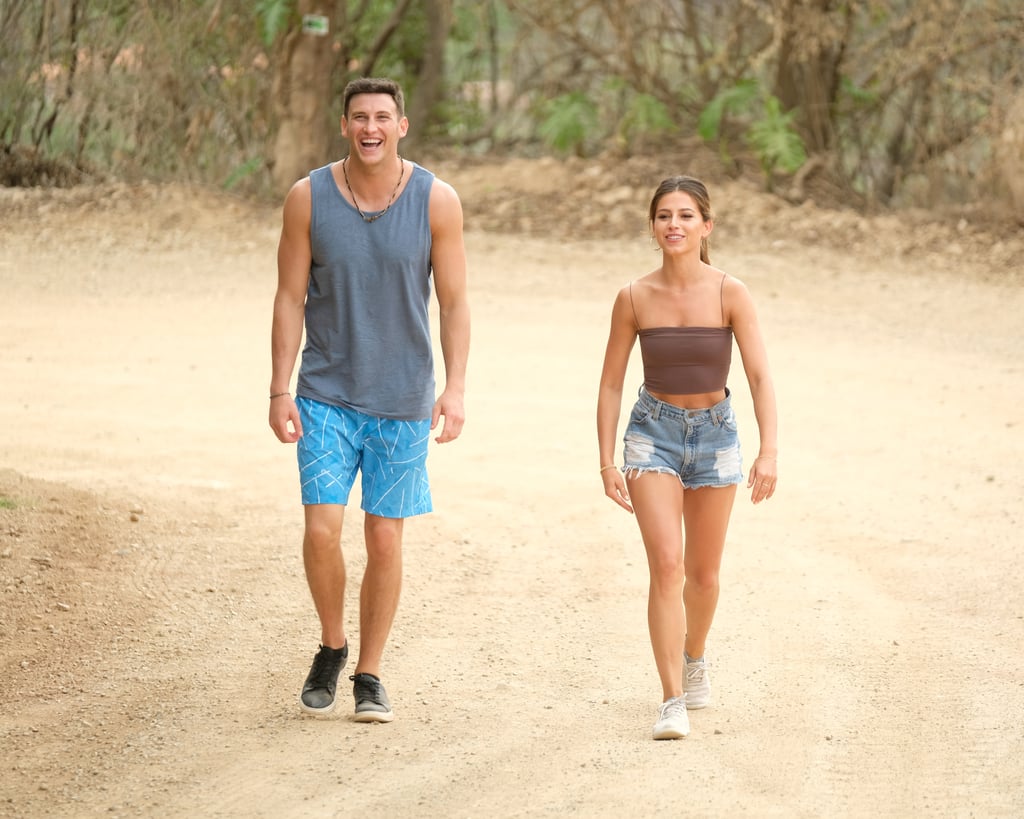 Word to the wise: if you're single, check out the Stagecoach Music Festival, because, apparently, everyone hooks up there. At least that was Blake Horstmann's case, and now not one, not two, but three of the women he met there are now on Bachelor in Paradise with him. Isn't it funny how life pans out?

Blake and Caelynn Miller-Keyes had a flirty relationship going — that she took more seriously than he did — and the two met up at Stagecoach after he apparently ghosted her. The next morning, Caelynn said that Blake revealed he had spent the night with Kristina Schulman the night before . . . who he also met up with at Stagecoach. Just when we thought that music festival couldn't possibly handle any more Bachelor franchise contestants, Caitlin Clemmens stepped on the beach in Mexico, where we found out that she, too, met up with Blake at Stagecoach.

So the running joke now is that Blake has met up with pretty much every woman in Paradise at Stagecoach. Maybe not an ideal situation for him, now that he's confronted with all of them, but it sure does make for some hilarious tweets.