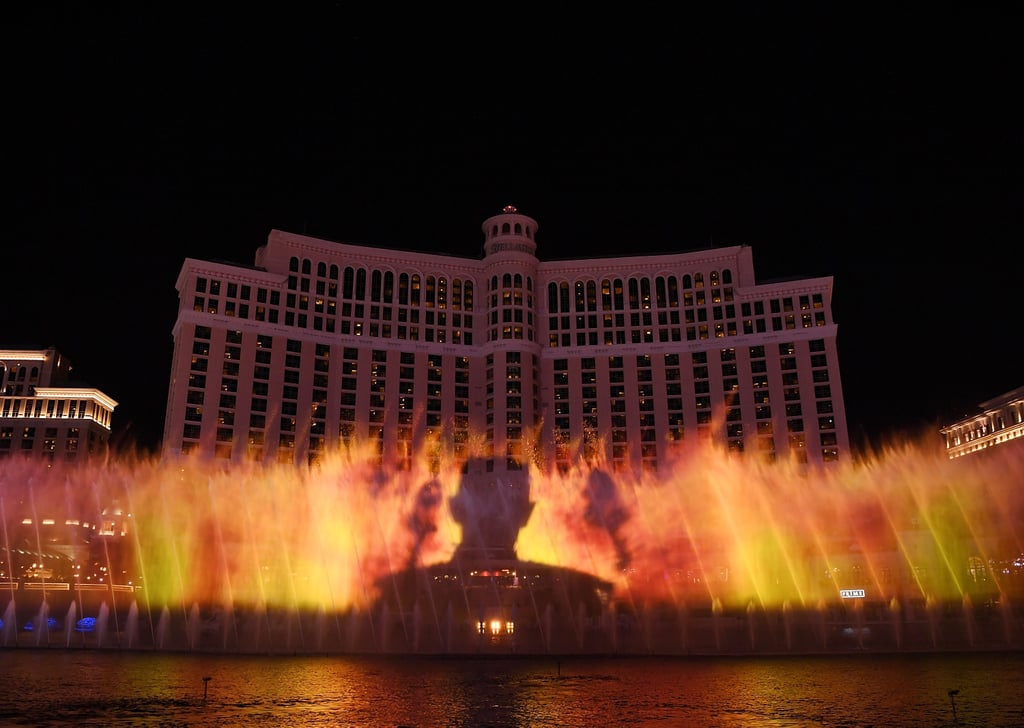 Someone call Daenerys, because a familiar blue-fire-breathing dragon has taken over the Bellagio in Las Vegas, and he isn't alone.

As part of the excitement leading up to the season eight premiere of Game of Thrones, HBO and water feature company WET Design have partnered to create a three-and-a-half-minute light and water spectacular. Even more exciting? One of our favorite villains is the star: the Night King!

"The Bellagio fountain is iconic," Game of Thrones composer Ramin Djawadi told the Associated Press. "It's known around the world, and so is Game of Thrones, so I think putting them together and seeing the music choreographed to a fountain like that is quite the spectacle."

Related:
Ramin Djawadi Watches Game of Thrones Before Anyone Else — Here's What He Thinks About Season 8

The show starts out with tranquil music, scored by Djawadi, and soft blue lights to mimic the blizzards and cold of the long winter. Soon enough, though, the show's custom score transitions into the familiar climactic Game of Thrones theme song and Viserion swoops in to steal the show. "You'll feel and you'll see the shadows of those dragons, and then at the end when the dragon incinerates the ice wall, it catches our lake," Mark Fuller, CEO of WET Design, said in a press release video. "And, if you thought maybe water didn't burn, oh my gosh — you've got to see what this dragon does to the lake of the Bellagio."

As part of HBO's #ForTheThrone initiative, the show is complete with pyrotechnics, colorful lights, and shadow-like projections of both Viserion — Daenerys's dragon-turned-White Walker — and the Night King as he marches forward through the flames of battle (and possibly toward Casterly Rock). The most interesting detail? If the end of the fountain show is anything to go by, it looks like the fight for the throne is going to go down in flames.

The limited-run event will be on display twice nightly at the Bellagio at 8 p.m. and 9:30 p.m. now through April 13. Check out photos and a video of the entire flame-fueled fountain show below.

TV
Will Season 5 Be the End of "Yellowstone"? Here's What We Know
by Victoria Edel 8 hours ago