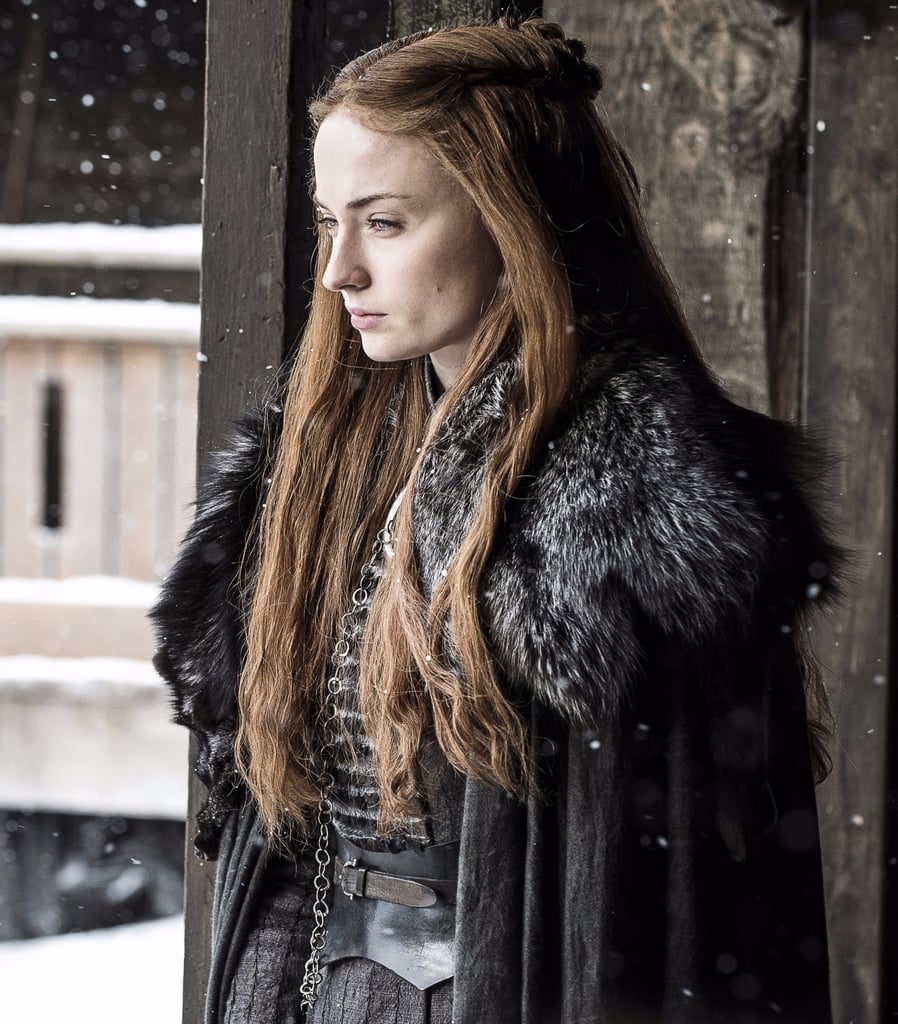 Even though we're still recovering emotionally from the season-seven premiere of Game of Thrones, we have mere days until the next episode airs. We've already sneaked a peek at what's to come thanks to the episode-two preview, and now we have a handful of new pictures to keep us warm as Winter settles in. Sansa's smoldering as she stares off into the distance, two different Starks are on the move, and Littlefinger is being his usual busybody self. See what all the major characters are up to below, and get hyped for the one character we haven't seen since season one: Arya's direwolf, Nymeria! It's going to be a good week, friends.