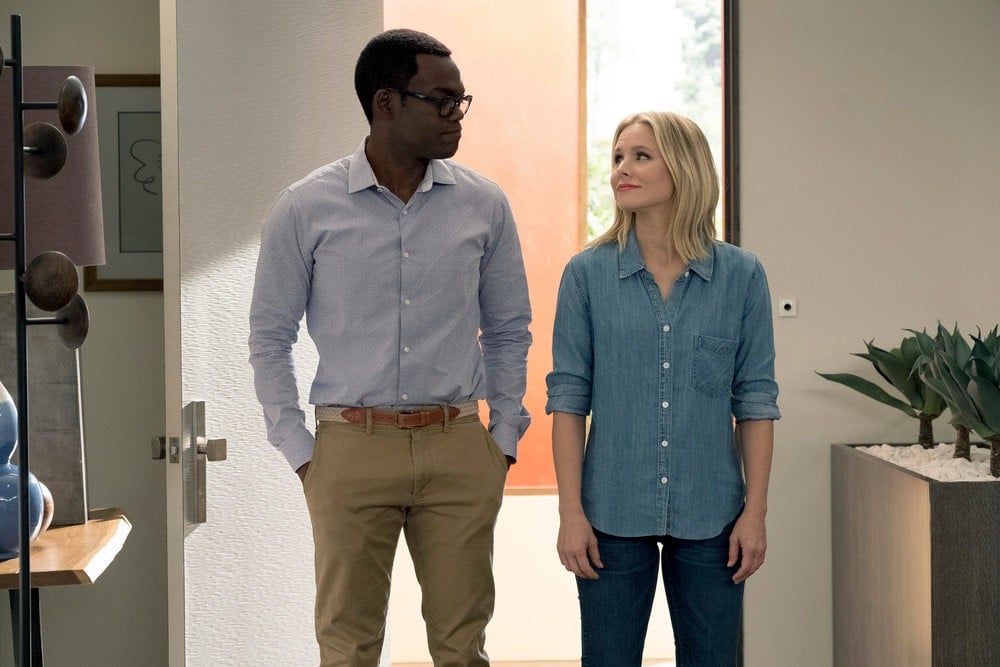 Since premiering in 2016, The Good Place has done more for ethics and philosophy than a single one of my college professors (no shade; well, maybe a little shade). The Michael Shur comedy has garnered a lot of love from viewers for its amazing cast, hilarious catchphrases, and ingenious plot. Like other well-known Shur creations, The Good Place also boasts the iconic pairing that is "Cheleanor," aka Eleanor Shellstrop (Kristen Bell) and Chidi Anagonye (William Jackson Harper).

Eleanor, self-proclaimed Arizona trash, is the de facto leader of "Team Cockroach" and kind of the worst person in the best way. Chidi is the ethics professor who serves as the morality mentor for "Team Cockroach" and couldn't make a decision if his life depended on it. Somehow the two of them make the most adorable, ridiculous couple. They are literally soulmates (though that was in the Bad Place, so it might not actually be true . . . ). They don't make one another "better," as some would expect them to. Instead, the two bring out the best in each other in surprising ways (She read about moral particularism! He made a decision in less than 30 seconds!) while still being their authentically terrible selves.

So if you're like me and can't wait until Eleanor and Chidi make it back into each other's arms after that devastating season three finale, I know you'll appreciate this roundup of their greatest moments together. Keep reading and try not to forking cry, you sons of benches.

Saturday Night Live
SNL's "What Up With That" Skit Had Oscar Isaac as a Pirate and Cousin Greg — Need We Say More?
by Kelsie Gibson 21 hours ago