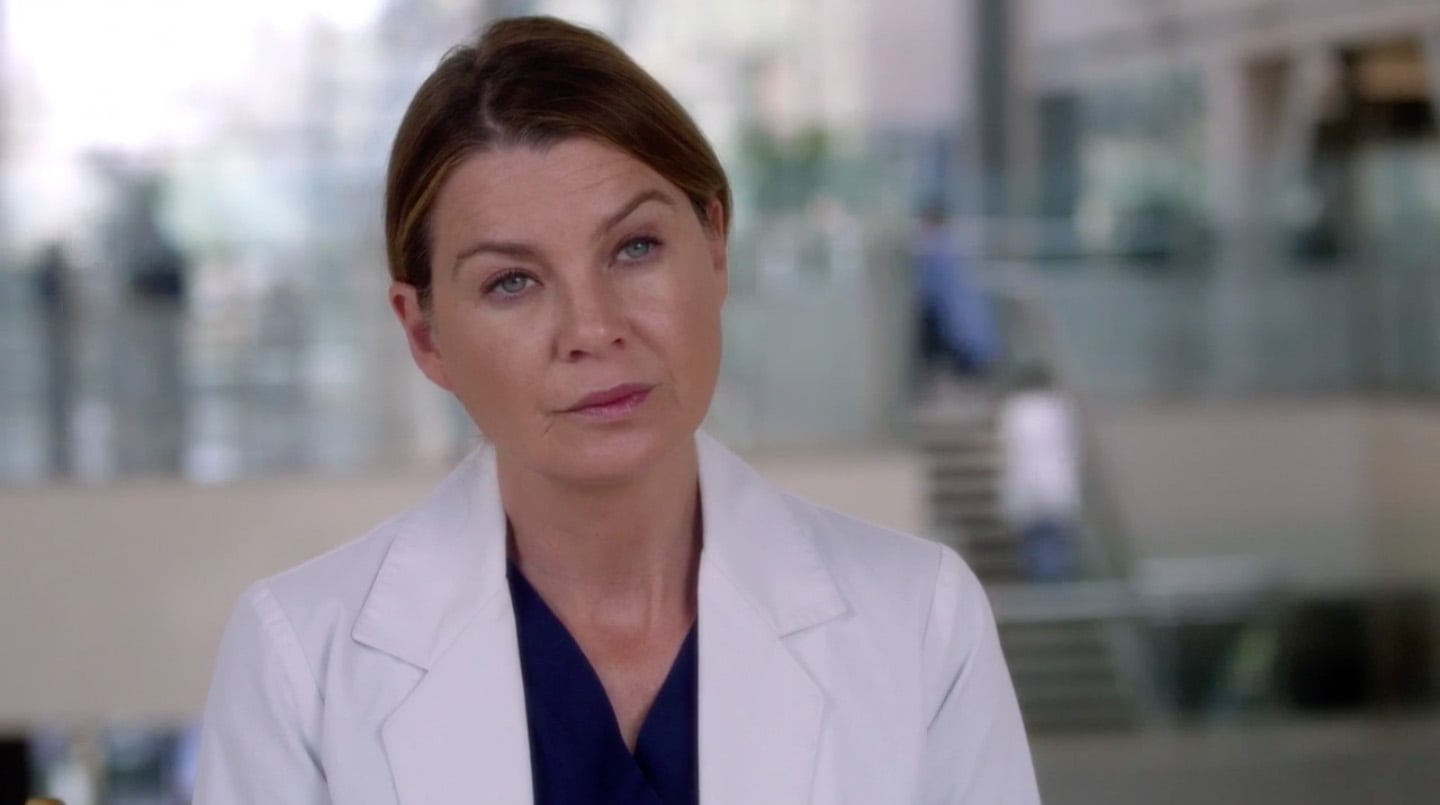 While most of us are likely still trying to figure out exactly how much 4,932 Bitcoin translates to in dollars, let's just cut to the chase about the Winter finale for Grey's Anatomy until the drama returns in January: it just wasn't up to snuff.

Keep in mind, "Out of Nowhere" follows the landmark 300th episode of the medical drama, but unfortunately, we were still bombarded with sad attempts to sell this firefighter spin-off and the whatever you want to call that very weird and awkward thing going on with Jackson Avery and Maggie Pierce. Note, spoilers are most definitely ahead.

"There are some disasters you just don't see coming," Meredith Grey narrates in the opening of the episode, while Ben Warren exercises in what appeared as training for his firefighter phase (Insert: huge eye roll). Cut to Harper Avery winner Meredith on the bridge in the hospital doing an interview and giving a very snarky comment about wanting to win three times just to piss her mom off. Go, Meredith!

Related:
We Won't Get an Answer to That Grey's Anatomy Cliffhanger Until 2018

But arguably one of the most interesting parts of the episode most of us already knew about — the hacking of Grey Sloan Memorial Hospital's system. It's a not-so-subtle commentary on society's growing dependency on technology and how Richard Webber (aka a person from the "stone age" as April Kepner puts it) is the only person who could really get the job done sans technology. Also, the medical staff moaning and groaning over having to use paper for charts was peak eye-roll at Generation Z and Millenials.

The hacking serves as a good overall conflict, but Alex Karev's 7-year-old patient Frankie is the most heart-tugging part of the episode. Grey's sticks with what it does best in this instance, creating emotional connections with patients. Aside from being ovary-bursting cute, we were all left to wonder if someone would stop Alex from giving Frankie that medicine so he doesn't die (stress levels through the roof, OK?).

Perhaps in the most unexpected of events, viewers get the moment they've been waiting for: Jo Wilson comes face to face with an unexpected, real-life nightmare. After getting life-changing news for her patient, Frankie, she gets off the elevator and stops dead in her tracks, reeling at the sight of her abusive husband Paul (played by Glee star Matthew Morrison). Leaving the door wide open for all sorts of scenarios, we're left in utter shock with a very speechless Jo.

Otherwise, very little sticks in this episode as far as drama goes, and it seems like the show's writers resorted to shock value instead. All that blood spewing out of a patient in a helicopter with Maggie and Jackson is the most interesting part about that entire scene because the dialogue between the two was just weird and boring. Plus, wouldn't a relationship between them just not work out logistically because they're technically step-siblings?

All in all, I'm just going to say it: the last really good Grey's Winter finale was "Dark Was the Night" from season eight. Cristina Yang performed an unsuccessful surgery that resulted in the devastating death of Teddy Altman's husband. The worst part, Cristina didn't even know it was him until after she finished the procedure. Plus, there was that epic ambulance crash with Alex, Meredith, and a newborn inside. Seriously? Now, that's how you do a Winter finale!