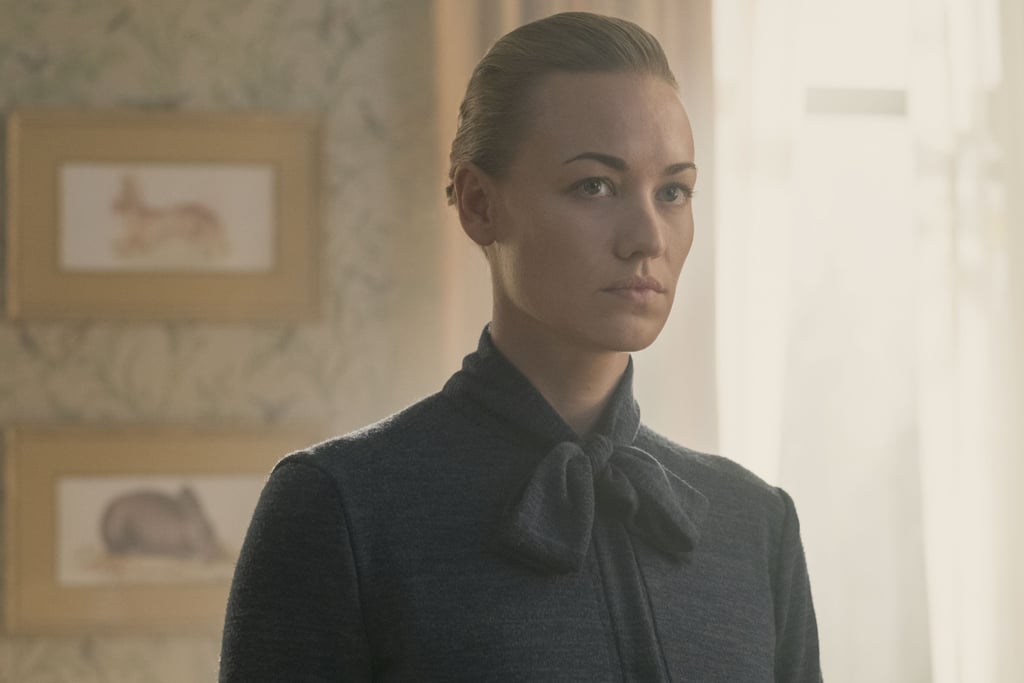 Despite the fact that the second season of The Handmaid's Tale came to its shocking conclusion practically an eternity ago, we've heard little about the next installment in the series other than what we've been able to glean from season three's disturbing, twisted trailer. With the season three premiere upon us (June 5), it's time to remind ourselves of which new faces are joining the cast, since we don't have much else to go on in the way of story. (Other than the fact June is determined to burn Gilead to the ground, of course.)

We can expect all the major players to return in the next go-round: Elisabeth Moss as June, Max Minghella as Nick, Yvonne Strahovski as Serena Waterford, Joseph Fiennes as Commander Waterford, Madeline Brewer as Janine, Alexis Bledel as Emily . . . but along with the new additions, there are a couple of characters whose fates are a bit more up in the air. Worry not! We have updates on those, too. Let's dig in.

Netflix
The Pogues Might Be Going to the Bahamas, but Outer Banks Season 2 Wasn't Filmed There
by Grayson Gilcrease 16 hours ago