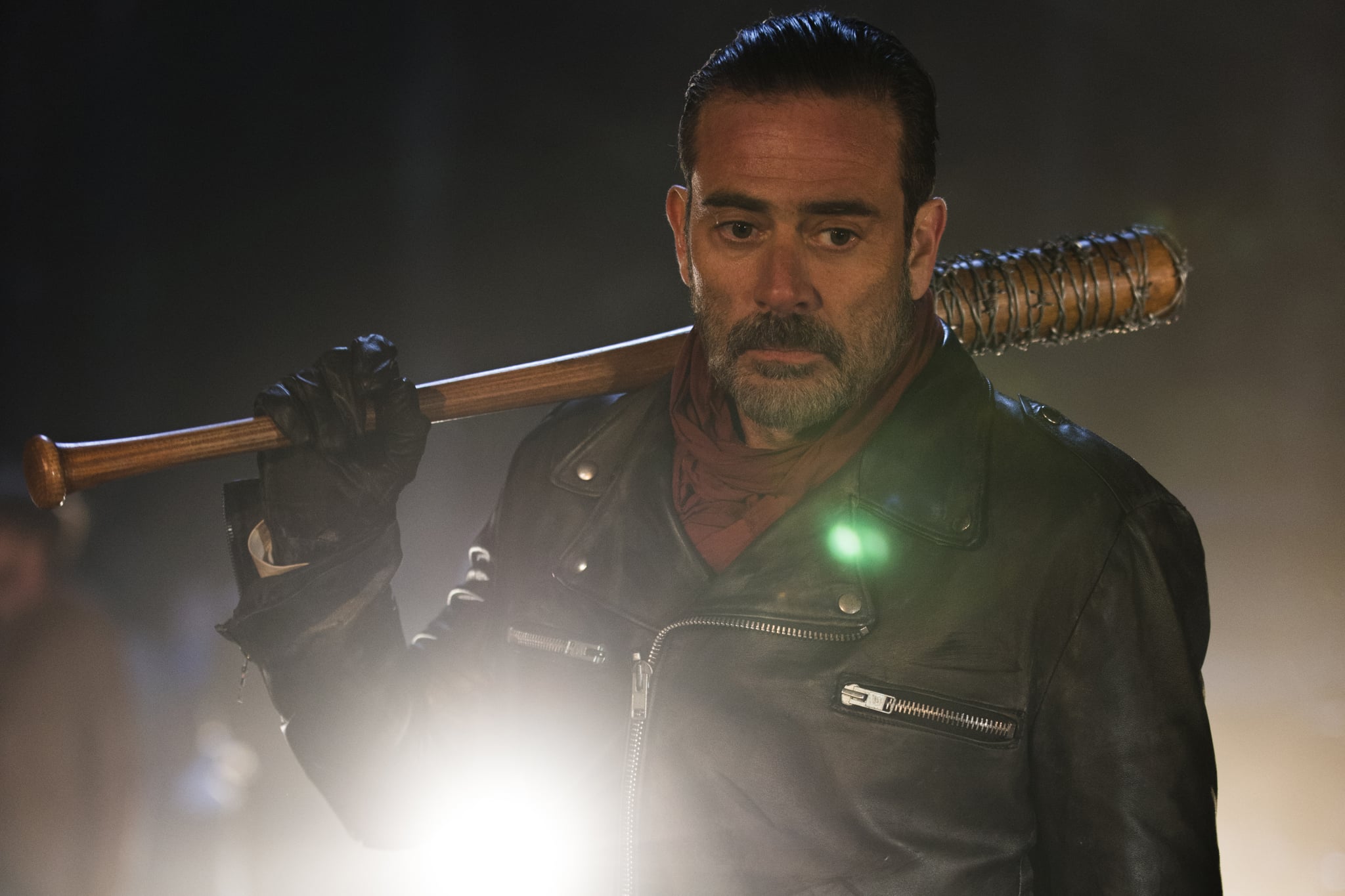 We're coming up on the mid-season finale for The Walking Dead's seventh season, and Negan has firmly secured himself the title of the show's most deplorable villain ever. While he's fictional, the hatred we have for him is very, very real. If you've been watching the show and can't help but look forward to his inevitable demise, I'm sorry to break it to you, but things won't be that easy — at least, if the show follows the story laid out by the comic books. The short version? Negan doesn't die.

Here's the long(er) version: Negan and Rick eventually enter into "All Out War," an important storyline within the book series. After a series of battles, Rick slits Negan's throat . . . but Negan survives. Flash-forward two years into the future and Carl goes into the basement of a house. Turns out, they've captured Negan and have been keeping him down there. Later, Negan escapes with a character named Brandon Rose, who we haven't met yet. As far as readers are concerned, Negan is still alive out there somewhere.

So the good news is that Rick defeats Negan. The bad news is that we probably won't get the satisfaction of seeing Negan die a terrible death. Sorry, guys.