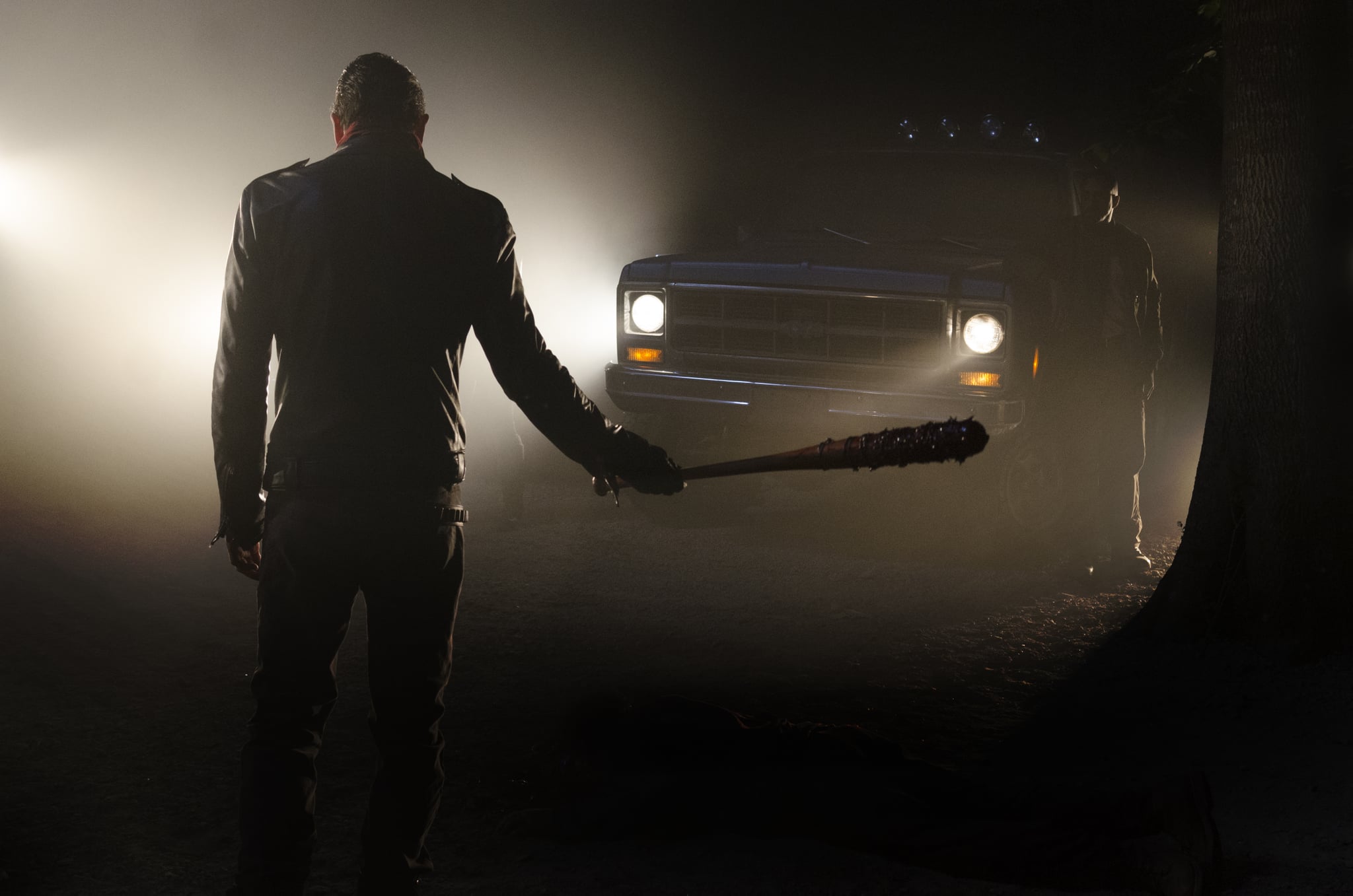 The season premiere of The Walking Dead was devastating to watch. The entire hour hinged on the grisly deaths of two characters, each landing with merciless blunt force and irrevocably changing the lives of the characters (and horrified viewers) forever. In the wake of the premiere, the internet boiled with rage. Fans were distraught after losing a major character, sure, but beyond the scope of the viewership, murmurs initiated a larger conversation about the horrifying depiction of gore and violence when it came to the wrath of Negan's bat, Lucille.

Related:
24 Emotions We All Confronted During the Brutal Premiere of The Walking Dead

The range of disgusted individuals was wide, to say the least. Many dedicated fans of the show announced that they would stop watching after the premiere. The vast majority of the population seemed to declare that the scenes were gratuitous and unnecessarily graphic. By Monday, the Parents Television Council had gotten involved; it slammed the producers of the show, calling the premiere "one of the most graphically violent shows we've ever seen on television."

As a longtime viewer of The Walking Dead, I understood the sentiment. I consider myself an avid horror fan with a high tolerance for blood and guts, and Glenn's death, with the blubbering and the hanging eyeball and the dented head, was even hard for me to watch. I don't usually feel sad about character deaths on TV shows, but Glenn's murder really got to me. At the same time, I think I recognized on a more macro level why it was so explicit and raw. 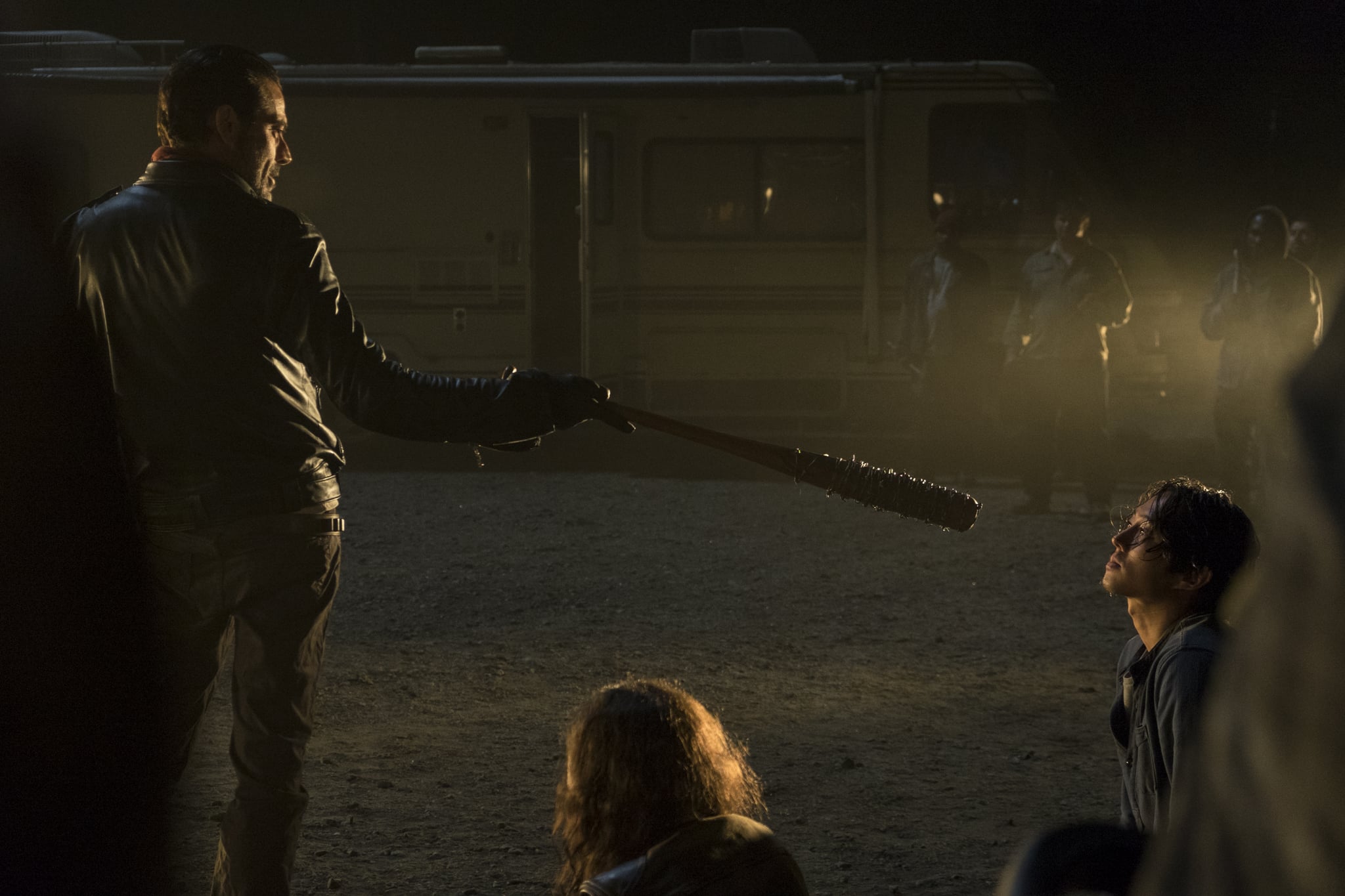 The most basic indicator that we should have expected this is the comic books. Glenn's disgusting death happens during issue 100. It was a choice the series creator made as a storyteller. It was gutting and downright shocking. In fact, it made huge, sorrowful waves of its own. As an adaptation of the comic books, I do think it's important to try to paint the same portrait of shock, grief, and bewilderment. It's true, the showrunners had the opportunity to change the moment, to make it less graphic, to show less. But the bottom line is, they didn't. In terms of Glenn's death (arguably the worst part), they matched the source material. As fans of The Walking Dead as an entity in any form, I think there's an inherent need to accept it, as hard as that is.

Related:
Steven Yeun Shares More Heartbreak in the Wake of Glenn's Death on The Walking Dead

You know what, though? There's a larger reason I think this level of violence works here. This death aligns with a gargantuan trajectory that the show has been following since the very beginning. Everything just keeps getting worse. Every season, the decay of the zombies is that much more disgusting. The deaths are harder; the narratives are bleaker. The villains get more and more dastardly. Even the suspicion that the real monsters are the people, that deepens too. Hell, even the title cards get more dilapidated as the seasons roll on. Going into season seven, we're seeing the most violent, cruelest deaths from the most hellish villain in the bleakest situation imaginable. The world is only getting worse, and we have to come to terms with that. Glenn's death is a glaring reminder that the universe of The Walking Dead isn't fair. This world doesn't work in the currency of happy endings. This is the way it is.

Do I think the death was nauseating, borderline unbearable, horrifically sad, and even unnecessary? On all counts, yes. But I guess I know what contract I signed when I started watching The Walking Dead. After all, you can break the contract at any time. Many might stop watching after this episode, and I'd support them. But I'll keep going.