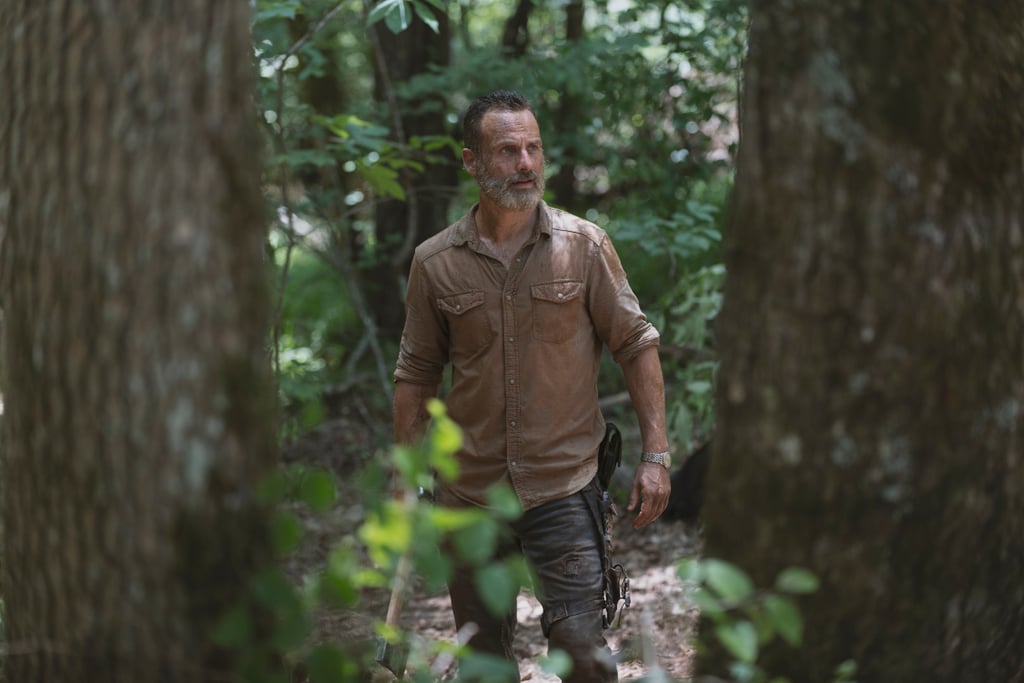 5 Ways Rick Grimes Could Leave The Walking Dead, and the 1 Way We Hope He Does

The day we all dreaded is imminently upon us: Rick Grimes's final episodes on The Walking Dead are here, and soon we'll have to bid the southern sheriff goodbye. Ever since Andrew Lincoln announced his intention to leave the AMC zombie series, fans have been beside themselves with the news. How can the show go on without both Rick and Carl, two of the main characters of the graphic novels? And who else has plans to leave!? While I can't answer all of those questions, I can provide some theories of my own as to how the show might wrap up Rick's storyline.

On a show like TWD there are so many ways for characters to exit. We've had numerous deaths by walkers, the "we knew it was going to happen but can't believe you really did it" deaths, and the "WTF, why did they die" deaths. As a major player in the series, there's a lot riding on Rick's ending, so the show is definitely going to want this to be big. It might not be flashy, but it'll definitely be emotional.

Season-wise, Rick is right in the middle of trying to make Carl's dream of a peaceful utopia come true, so he's at a pretty important juncture. Taking that all into account, keep reading for some theories on exactly how we'll have to say goodbye to everyone's favorite apocalyptic hero.