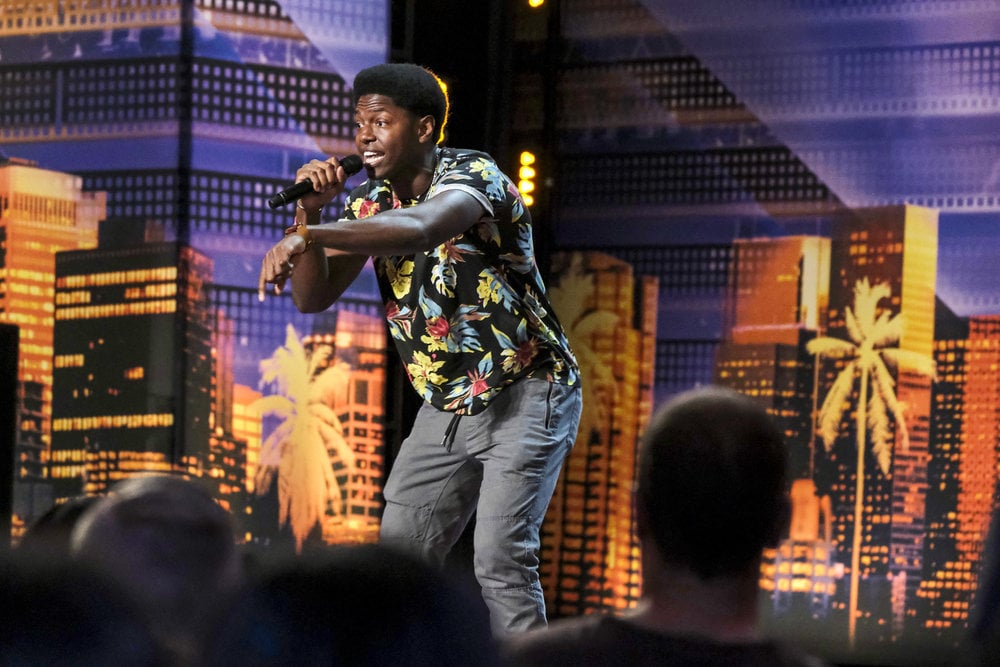 Even Simon Cowell Fanboyed Over This Singer, So Yeah, You Could Say He's Pretty Talented

Mark my words: Joseph Allen is going places. The self-taught singer-songwriter auditioned for America's Got Talent Tuesday and his exuberant smile had the entire audience erupting into cheers before he even began performing. A 21-year-old Texas native, Joseph explained how he was inspired to participate in the NBC talent competition because of his desire to "make a major impact in the world" — and he certainly accomplished that! Joseph sang and rapped an original song with lyrics that referenced the judges (e.g., "Everybody backstage, don't be scared, 'cause up close, Simon looks just like a teddy bear") and the show's viewers ("America, can you hear me? This young man's out here chasin' dreams, I hope you see that clearly").

As soon as Joseph finished, he fell to the ground in tears, and the entire audience and all four judges sprang to their feet, giving him a well-deserved standing ovation. Judge Simon Cowell full-on fan-boyed over Joseph's performance, saying "I love you" three times while praising his voice and positive energy. Howie Mandel summed it up by saying, "You walked out with such exuberance, and that's what life is. Life is a series of moments. People at home are talking about this moment. People in this room are talking about this moment." He climbed atop the judges' table, shouting, "You said you want to leave a footprint, so I'm going to give you the footprint you need to leave," slamming the golden buzzer button and sending metallic confetti flying through the air.

Ahead, watch Joseph's inspiring audition and his emotional reaction to earning Howie's golden buzzer. Calling it now: he and fellow singer Kodi Lee will be in the top two this season.