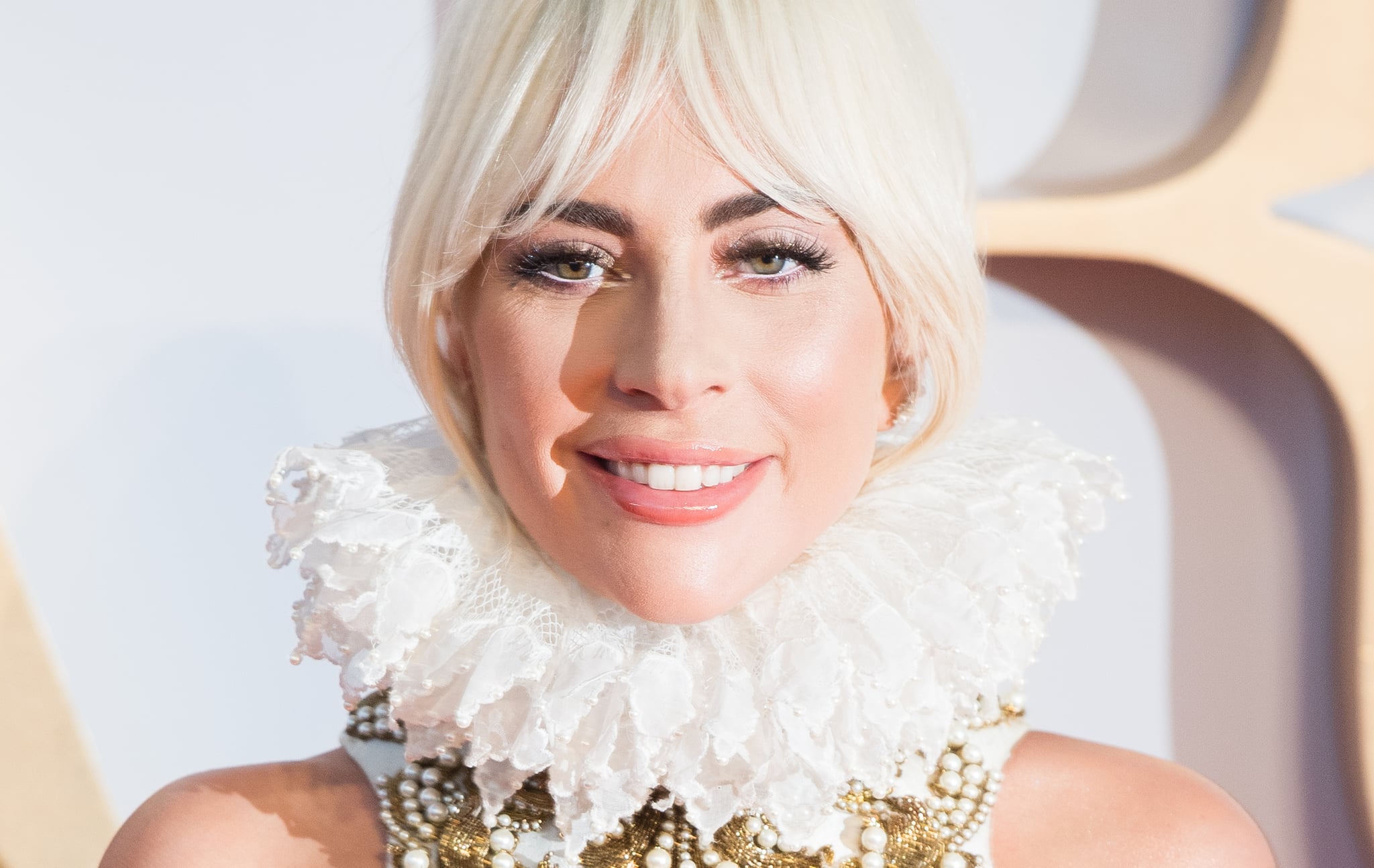 After months of Oscar buzz following the release of A Star Is Born — for both Lady Gaga and Bradley Cooper — Gaga won the award for best original song. Although this is her first Oscar win, this isn't the first time she's been nominated: she received a nomination for best original song in 2016 for "Till It Happens To You," featured in the documentary The Hunting Ground about sexual assault on college campuses. Gaga's win at this year's Academy Awards brings her one step closer to the ultimate goal: an EGOT, or a collection that includes an Emmy, Grammy, Oscar, and Tony. But exactly how close is she?

Although it seems like Gaga has won a ton of awards already, she's actually still a ways away from the EGOT designation. The vast majority of Gaga's awards are from the music industry, including nine Grammys (two from the 2019 ceremony). She does have two Golden Globes — one for her role in 2016's American Horror Story: Hotel and another one for best original song for "Shallow" from A Star Is Born — but those don't count toward the EGOT.

Now that Gaga has an Oscar win under her belt for A Star Is Born, she's only halfway to her EGOT as she still needs an Emmy and a Tony. Gaga has been nominated for three Emmys (all for her television specials, not for acting) but has yet to win one. To get a Tony, she'd need to step away from Hollywood and act and/or write for Broadway. While that might seem unusual for a pop star to join the Broadway ranks, it's actually become more common lately: Sara Bareilles
has a Tony nomination for writing the score of the 2016 musical Waitress, and Josh Groban snagged an acting nod in 2017 for his leading role in Natasha, Pierre, and the Great Comet of 1812. Gaga is ridiculously versatile and still very young, so although she won't hit the EGOT mark this year, it can't be too far away!

Daniel Craig
Yes, We're Getting a Third Knives Out Movie From Netflix
by Victoria Edel 4 days ago