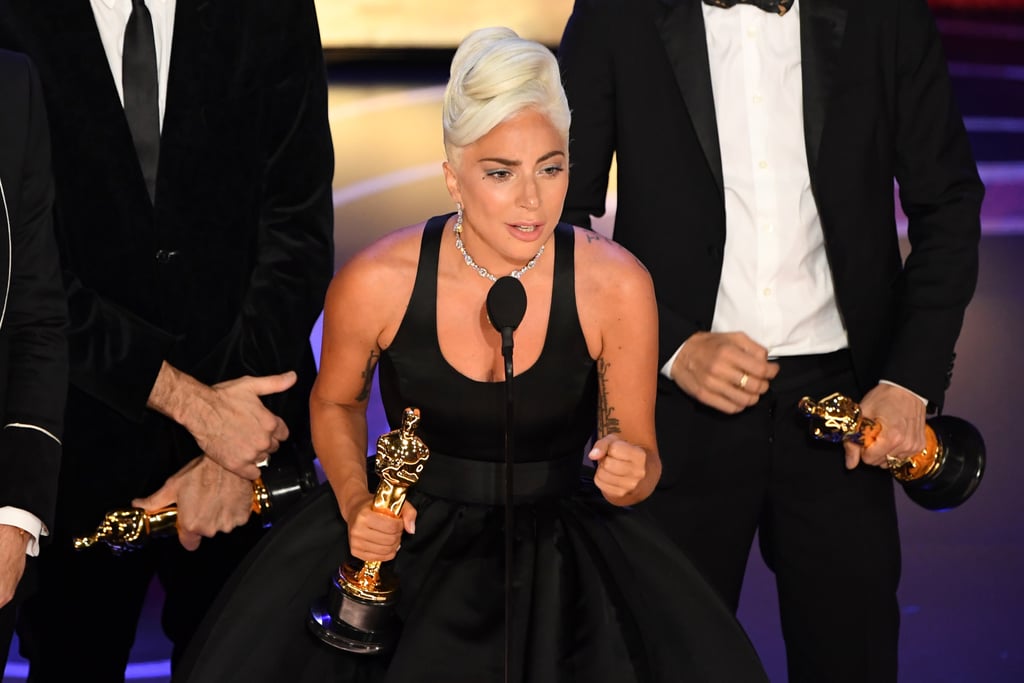 Lady Gaga is officially an Oscar winner! On Sunday, the singer took home best original song for "Shallow" in A Star Is Born. Gaga was overwhelmed with emotions as she made her way to the stage to give her speech. Naturally, she gave a sweet shout-out to her costar Bradley Cooper, who performs the song with her in the movie. The singer also took a moment to encourage everyone watching to work hard and never give up on their dreams. "If you have a dream, fight for it," she said.

While this is Gaga's first Oscar, it actually isn't her first nomination. In 2016, she was nominated for best original song for "Til It Happens to You," which was featured in the documentary film The Hunting Ground about campus rape in the US. She even gave a moving performance of the song during the 2016 Oscars as she was joined by sexual assault survivors on stage.

With her recent win, the singer is officially halfway to achieving EGOT status!