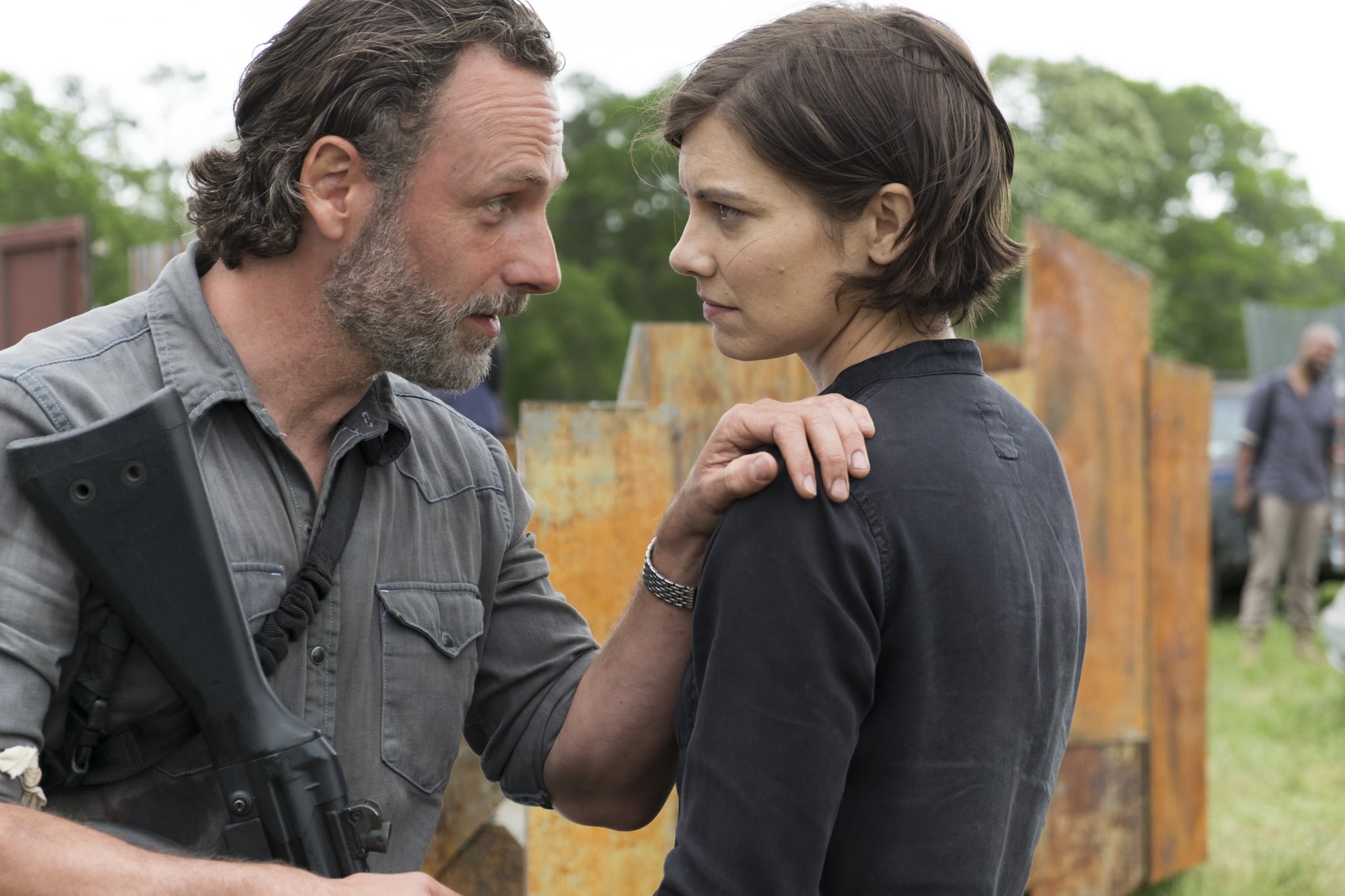 The Walking Dead is notorious for killing off beloved characters when your heart least expects it. Case in point: the recent Winter season finale, which revealed Carl (Chandler Riggs) received a nasty bite and later met his doom when the show returned in February. As if that fatal blow wasn't enough for us (not to mention that wild season finale), rumors about another tear-inducing death in season nine had us worried.

On Feb. 20, Deadline reported that Lauren Cohan has officially signed on to star in the pilot of ABC's new dramedy, Whiskey Cavalier, alongside Scandal's Scott Foley. Cohan will play Francesca "Frankie" Trowbridge, described by the outlet as "a hotshot CIA operative" who teams up with Foley's character, also a CIA operative, after she's assigned to kill a target that he is tasked with protecting.

This comes after several reports that the actress, who has portrayed Maggie Greene on the The Walking Dead since 2011, was "actively looking for her next role." Sources told The Hollywood Reporter that Cohan was in months-long negotiations with AMC, and "her agents are not happy with the offers that have been on the table." Although members of her camp were reportedly "frustrated by AMC's lowball offers," Cohan was in high demand for the 2018 pilot season and took advantage of that opportunity to seek out her next big gig.

So what does all of this mean for her character going into season nine? Well, if you consider The Walking Dead's drama-filled history offscreen, the future might not look good for Maggie. On the show, the mom-to-be is still kicking ass and taking names as the new leader of the Hilltop community. But that doesn't mean things can't change — and rapidly — if the actress does decide to walk (pun intended) from the series. That being said, Cohan confirmed that she'll at least be back for some of season nine, revealing to Entertainment Weekly that "There's a lot more Maggie story to tell . . . You know we're not allowed to tell you anything, but it's good."

Sure, the writers could give Maggie a heroic send-off that has nothing to do with getting bitten by a herd of zombies when the next season returns, but something tells us the possibility of that happening is slim to none. Because at the end of the day, what's The Walking Dead without a gruesome death?

As far as Whiskey Cavalier is concerned, it still hasn't received a series order from ABC. But since The Walking Dead begins filming in May, that means Cohan could potentially have the next two months free to dedicate to the AMC hit even if Whiskey Cavalier does get picked up, especially if her other show gets a midseason premiere.