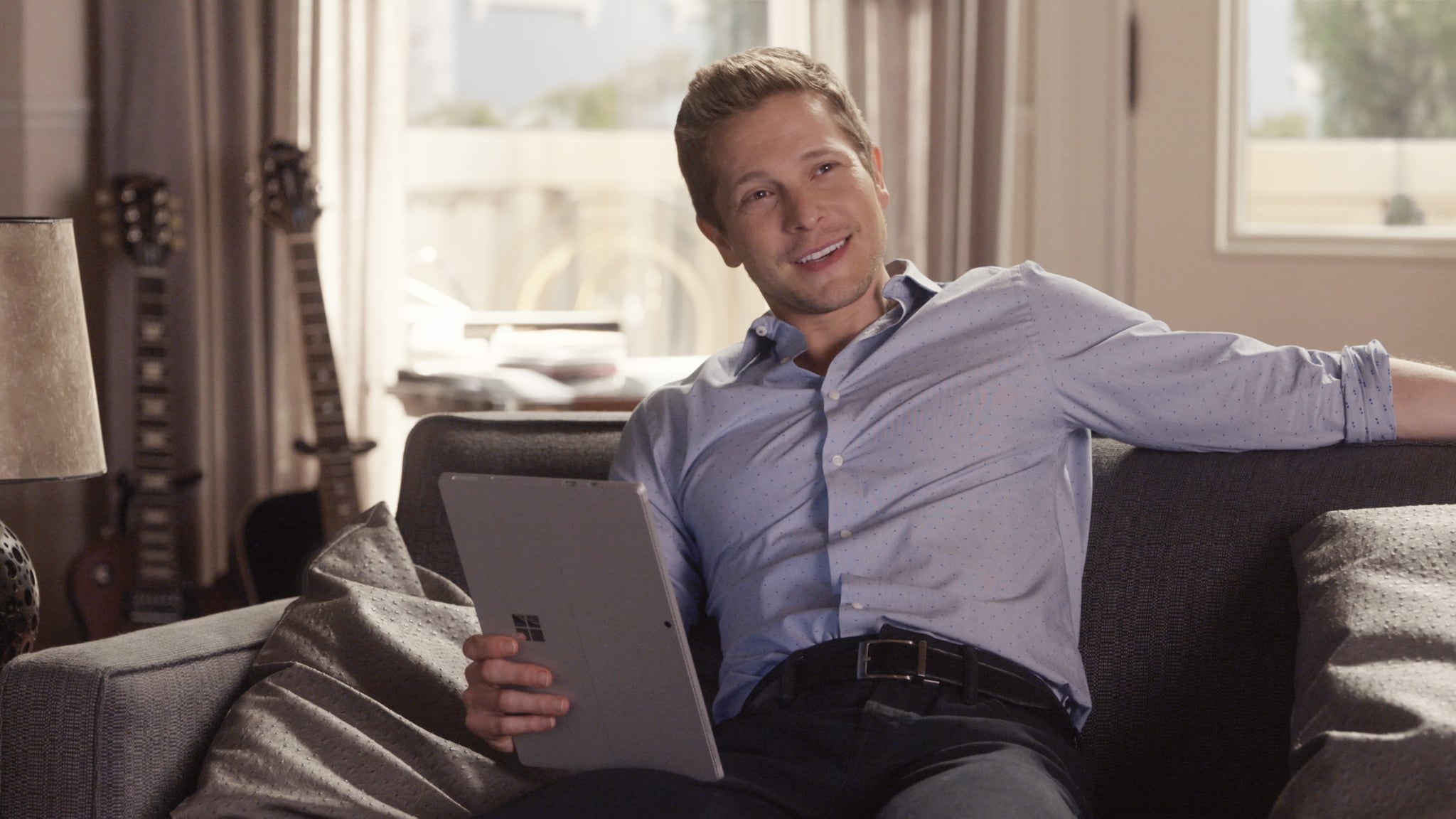 Gilmore Girls: A Year in the Life has been unleashed upon the world, and with it, Amy Sherman-Palladino's legendary last four words. In case they haven't been seared into your brain, Rory says, "Mom?" Lorelai responds, "Yeah?" And Rory declares, "I'm pregnant." Rory Gilmore is officially with child, and though we're among those to speculate that there are a number of suspects who could be the dad, deep down we all know the truth: Logan is the father.

First of all, the timeline checks out. Rory is sleeping with him throughout the year, while her only other documented sexual activity (sorry to get so clinical) is at the end of the "Spring" episode, with that Wookiee in New York. Hypothetically, if she were pregnant with the Wookiee's baby, she would be about six months along, but despite her baggy clothes, she's not exactly showing any major bumpage in that final scene.

Theoretically, she could have had a secret tryst with Jess, but there's no way the writers would have spared us that scene, right? Sure, Jess looks at her longingly, but that's even more of an indicator that they're just friends at the moment. She could have also slept with her boring absentee boyfriend Paul, but . . . come on.

Related:
Gilmore Girls: The Last 4 Words Would Have Been a Terrible Original Ending

Because the ending suggests Rory and Lorelai have come full circle, with Rory now entering parenthood, Logan is the most logical father. Sherman-Palladino herself has indicated that he is to Rory what Christopher was to Lorelai. The scene where Rory asks Christopher if he's glad Lorelai raised the baby (Rory) on her own is Rory's way of gauging how Logan might feel.

Matt Czuchry spoke to The Hollywood Reporter after the big reveal, and if Sherman-Palladino or her cowriter/husband, Dan Palladino, do have an idea of who the father is, he doesn't know about it.

"I think the intention is to keep that open. I think that's Amy and Dan's intention, otherwise they would have done something differently or made it more specific. Their intention was to leave that open and put that out in the universe for fans to talk about and debate, and so I'll kind of leave that to Amy and Dan to say if they want to put any more clarity to that. That's not for me to say."

Even if Gilmore Girls: A Year in the Life does get renewed for a second season (Another Year in the Life?), there's a chance we still won't find out who the father is. This may never be resolved, and that's OK. It's the ending that the creators intended; and we can chose to believe whatever we want.

by Mary Everett 37 minutes ago