Logic, Alessia Cara, and Khalid were joined at the Grammys on Sunday night by a few very important guests. As the trio belted out their emotional, Grammy-nominated antisuicide song "1-800-273-8255," a group of suicide survivors filed onto the stage and stood in solidarity behind them. They wore shirts with the phrase "you are not alone" on them, as well as the number for the Suicide Prevention Lifeline.

Related:
Here's What Logic Said During His Censored Grammys Speech

Rapper Logic paused the performance for an inspiring speech of his own, where he told fans to "stand tall and crush all predators with the weight of your heart," and not just "build a better country, but a world that is destined to be united." He also gave a shout-out to the countries that were on the receiving end of Donald Trump's racist remarks, assuring them "you are not a sh*thole" (which reportedly earned him a standing ovation throughout Madison Square Garden).

#GRAMMYs LOGIC statement is a not to be missed pic.twitter.com/y1Km8veF26

The themes of equality and strength were an especially poignant note to end the 60th annual award show on and the perfect way to follow Kesha's stunning, gut-wrenching rendition of "Praying" earlier in the night. Watch Logic, Khalid, and best new artist winner Cara do their thing above. 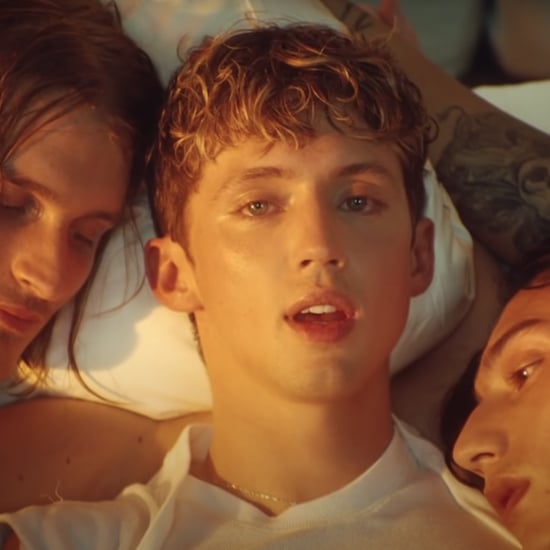