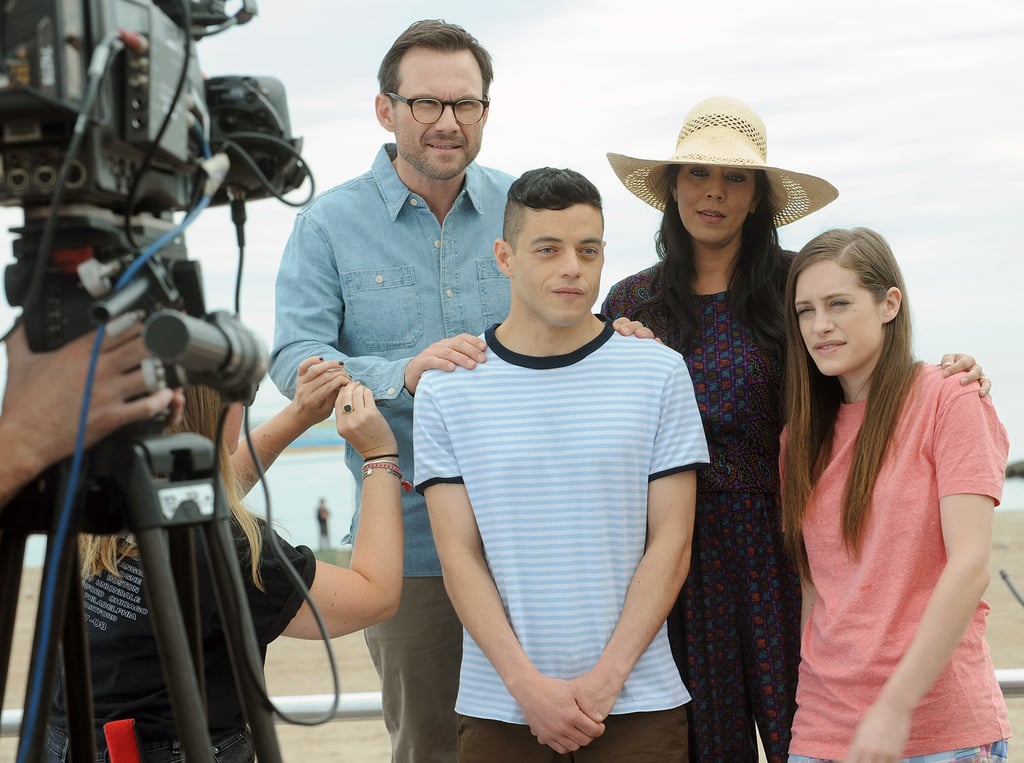 Mr. Robot: Here's One Very Interesting Scene We Can Look Forward to From Season 2

Mr. Robot is so full of twists and turns that we almost don't want to know what's going to happen in the second season, just so we can be surprised. Then again, we can't resist some good behind-the-scenes pictures. Rami Malek, Christian Slater, Carly Chaikin, and Vaishnavi Sharma were seen filming what looks like a flashback scene at Coney Island in New York a few weeks ago. There's something about Slater dancing around that makes me feel happy inside? It's hard to describe, but look at the pictures and you'll know what I mean. If you can't wait for the new episodes, brush up what we know about the new season, make sure you're caught up on how season one ends, and find out what other places you've seen star Rami Malek!