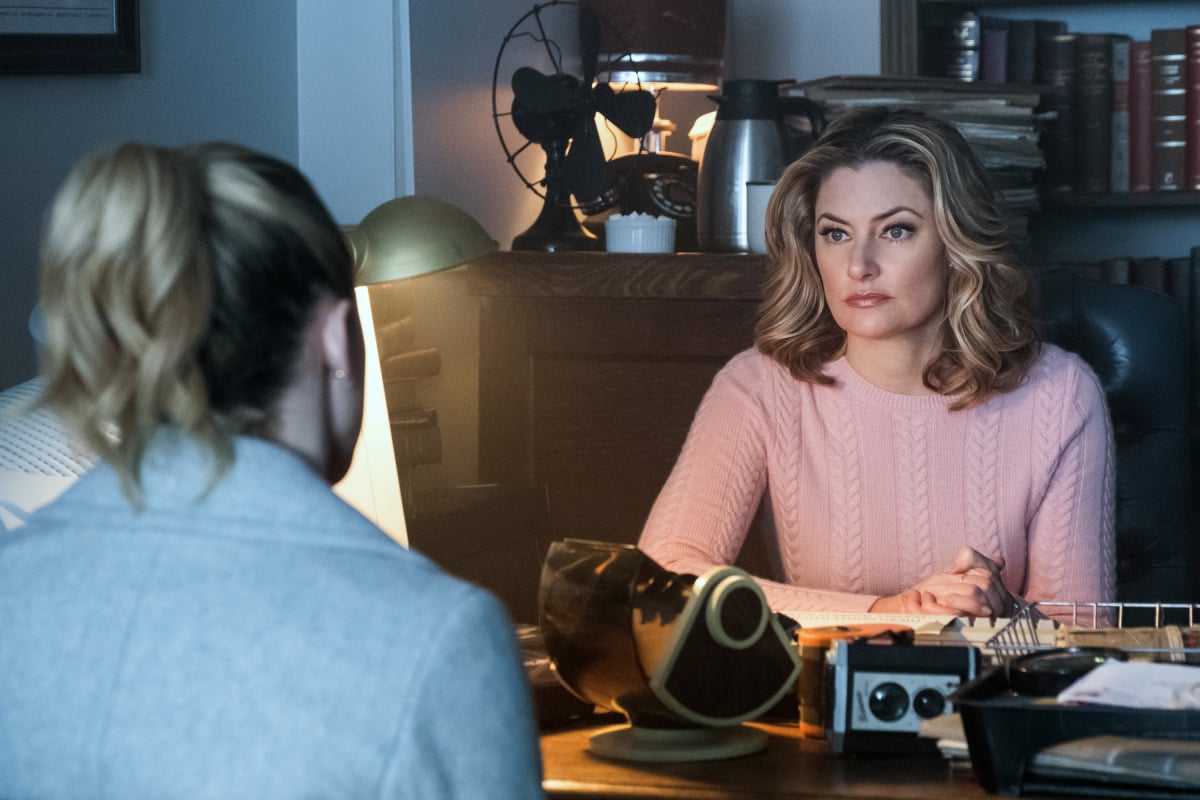 Mädchen Amick was among the guests at Variety's Power of Young Hollywood Event sponsored by H&M in LA on Aug. 28. Luckily, I was able to grab her for a quick interview on the red carpet, which meant I could grill her with some pressing questions about Riverdale's highly anticipated third season. Suffice it to say, the Coopers have been through a lot. After all, they had to deal with Chic (including the murder he came with), the revelation that Hal is actually the Black Hood, and even the near-death of Jughead. With all that in the rear view, I asked Amick if maybe the Coopers would have a chance to catch their breath. She gave me a resounding no. "Of course not! They live in Riverdale!" she said with a laugh.

Given everything that happened, it should come as no surprise that Alice is doing everything she can to mend from the horrors of season two. How does she do it? Well, it turns out she has a pretty unconventional way of processing her grief. "Alice gets lured into the very mysterious and troublesome cult that's been moving, and that Polly's been involved in," Amick revealed to me. She's, of course, referring to the Sisters of Quiet Mercy, which is a nunnery that has a pretty shady operation bubbling under the surface. "She's going in deep," Amick continued, "because she's looking to heal her wounds. And she thinks this is a way she can kind of make amends with what happened to the Cooper family."

Related:
6 Riverdale Theories So Crazy, They Might Come True

I noted that Alice must be completely shaken after finding out her husband was the Black Hood all along, and Amick completely agreed. "She's rethinking her entire life," she said. But there's a silver lining to this unsettling cult situation: it will reconnect Alice with the daughter who's been tied closely with the sisters since the start of the series. "Alice and Polly get much closer through that journey, which of course just worries Betty. She's just like, 'Oh my gosh, now I'm losing another family member.'"

This begs the question: how will Alice support Betty while she's trying to reckon with the ghosts of her own past? "It's hard. Her hands are full. So it leaves Betty to have to deal with this alone," Amick said. But there's obviously a bright side: Betty's pretty well-equipped to handle her own baggage. "I feel like Betty is the adult of the family; she takes care of everyone, she's the top of the pyramid. And, you know, Alice thinks that she is, but she's not. Betty's way smarter."

Related:
Are You Ready For More Riverdale? Things Get Darker Than Ever in Chilling Season 3 Footage

Before I let Amick go, I asked if she could tell me anything about the season three premiere, even a word that might give us a hint of what we're in for. "Treacherous," she said with a grin. Oh, boy. Looks like things are only going to get darker for Archie and friends when the next chapter begins.

The third season of Riverdale will premiere on Oct. 10.

TV
Yes, All American Is Based on a True Story — But the Writers Made a Few Changes
by Hedy Phillips 6 hours ago

ABC
Queens: We Think We Might've Just Figured Out Who Jojo's Dad Is
by Monica Sisavat 11 hours ago

TV
We're Going to College! Here's Everything We Know About All American: Homecoming
by Naledi Ushe 13 hours ago