It’s official, Abby and I are engaged. What a Netflix special the would be. If the Fab 5 planned and attended our wedding!!!!!!!!! pic.twitter.com/4KV4u9Rji4

Another Queer Eye wedding is in the works! A few weeks after episode four's AJ and Drey announced their engagement, episode one's fan-favorite couple Tom and Abby revealed they too are heading down the aisle . . . again!

The pair captured everyone's heart when Netflix's reboot of the reality show premiered, introducing us to sweet grandpa Tom Jackson. The Tex-Mex and "Hillbilly Margarita" enthusiast was open to all of the Fab 5's ideas and eventually opened up about how he hoped their changes to his life would help woo back his ex-wife, Abby. Clearly Bobby Berk, Tan France, Karamo Brown, Antoni Porowski, and Jonathan Van Ness were able to make a lasting difference in Tom's day-to-day routine, because Tom and Abby are now engaged.

Related:
Is the Queer Eye Reboot Turning You Into an Emotional Wreck, Too?

After a few weeks of will-they-or-won't-they tweets, Tom confirmed the happy news via Twitter. "It's official, Abby and I are engaged," he wrote. "What a Netflix special the would be. If the Fab 5 planned and attended our wedding!!!!!!!!!" When a fan asked if they could be the couple's flower girl, Tom noted that "everyone" is welcome to come to their wedding and that he hopes Bobby will be his best man.

Everyone is welcome to come to our wedding 👰. I’m praying that the Fab 5 can find time in their busy schedule to come. I’d love ❤️ for Bobby be best man, and the other 4 be my grooms men. Chandler will be my ring bearer.

As usual, everything Queer Eye-related makes us tear up. 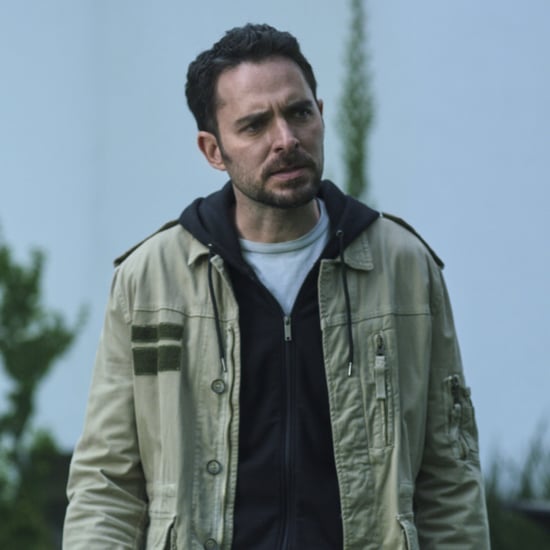 Netflix
Who Killed Sara? Hasn't Been Renewed For Season 3 Yet, but Manolo Cardona Is Hopeful
by Monica Sisavat 3 hours ago

Halston
Halston: Take a Glimpse at the Real Luxe Pictures From the Battle of Versailles in 1973
by Stacey Nguyen 1 day ago