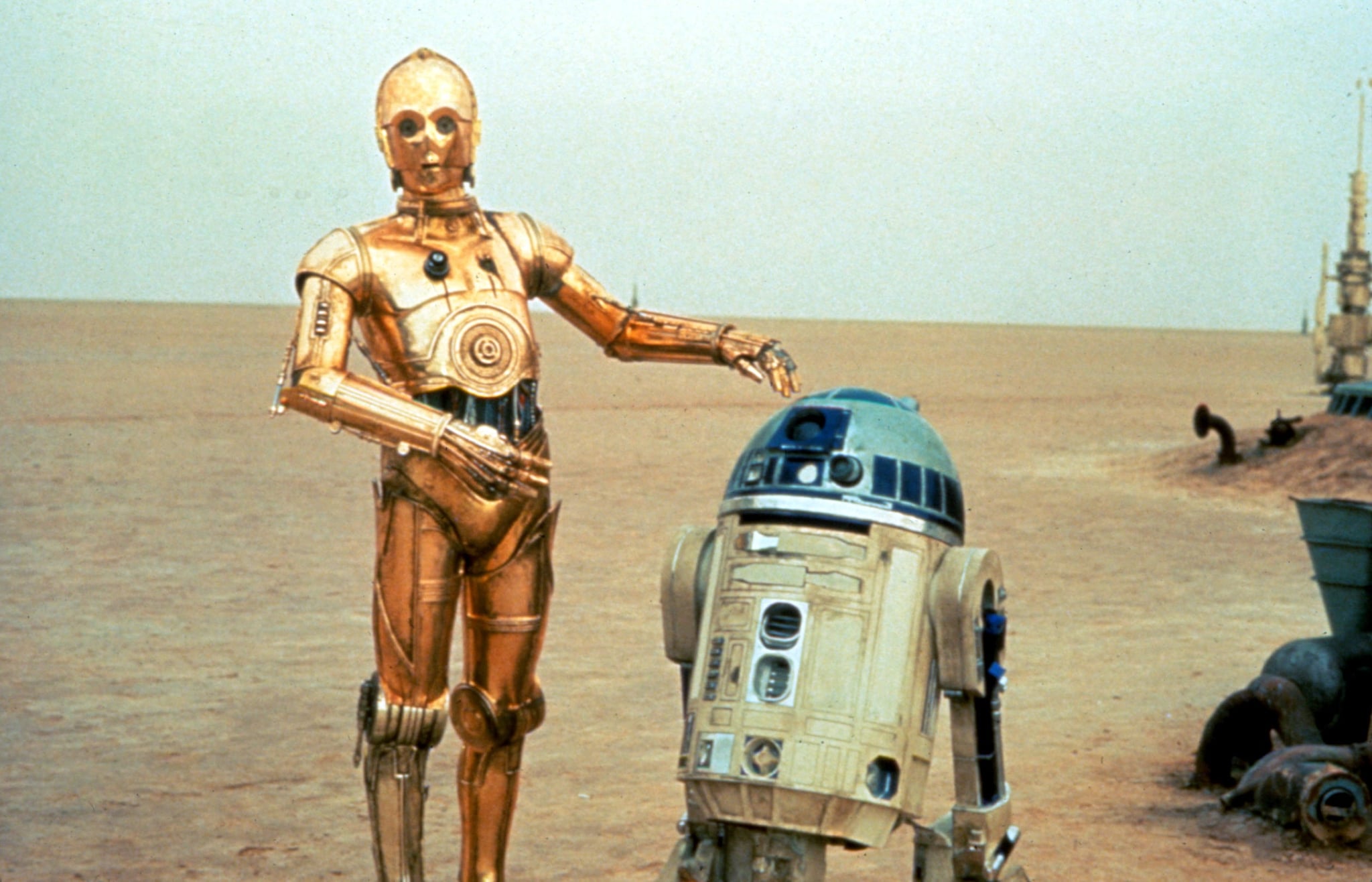 This week finally marks the release of Rogue One, the latest Star Wars film to make entry into the galaxy. While it's delightful to meet a whole new cast of characters that are a part of the Rebel Alliance, it's hard not to watch the movie and look out for familiar faces from other Star Wars films. We've already caught a glimpse of iconic supervillain Darth Vader in a handful of teasers, but we're turning away from the dark side to talk about another delightful cameo: R2-D2 and C-3PO!

Yes, the originators of the "charming droid" Star Wars archetype appear in Rogue One, and it's so quick that you barely have time to process. Here's how it goes down: during the climax of the movie, Jyn Erso (Felicity Jones) and Captain Cassian (Diego Luna) decide to go rogue (heh heh) and attempt to secure the Death Star plans with a small team of volunteers. It's against the wishes of the council that runs the Rebel Alliance; they've basically decided to surrender. Once the counsil catches wind of the impromptu mission, though, they deploy all their forces to help Jyn and Cassian. As the fleet is scrambling to leave the base and launch their attack, we get a brief shot of R2-D2 and C-3PO, who seem to be unaware of the new plan of action. C-3PO says, "Scarif? They're going to Scarif? Why does nobody tell me anything?" In my screening, that alone was enough to garner hoots, hollers, and cheers from the audience.

As a little cherry on top, there's one particularly fun piece of trivia pertaining to these two: R2-D2 and C-3PO are the only two characters who have appeared in every Star Wars film, from Episode I through Episode VII. With their tiny cameo in Rogue One, they're keeping that legacy alive.