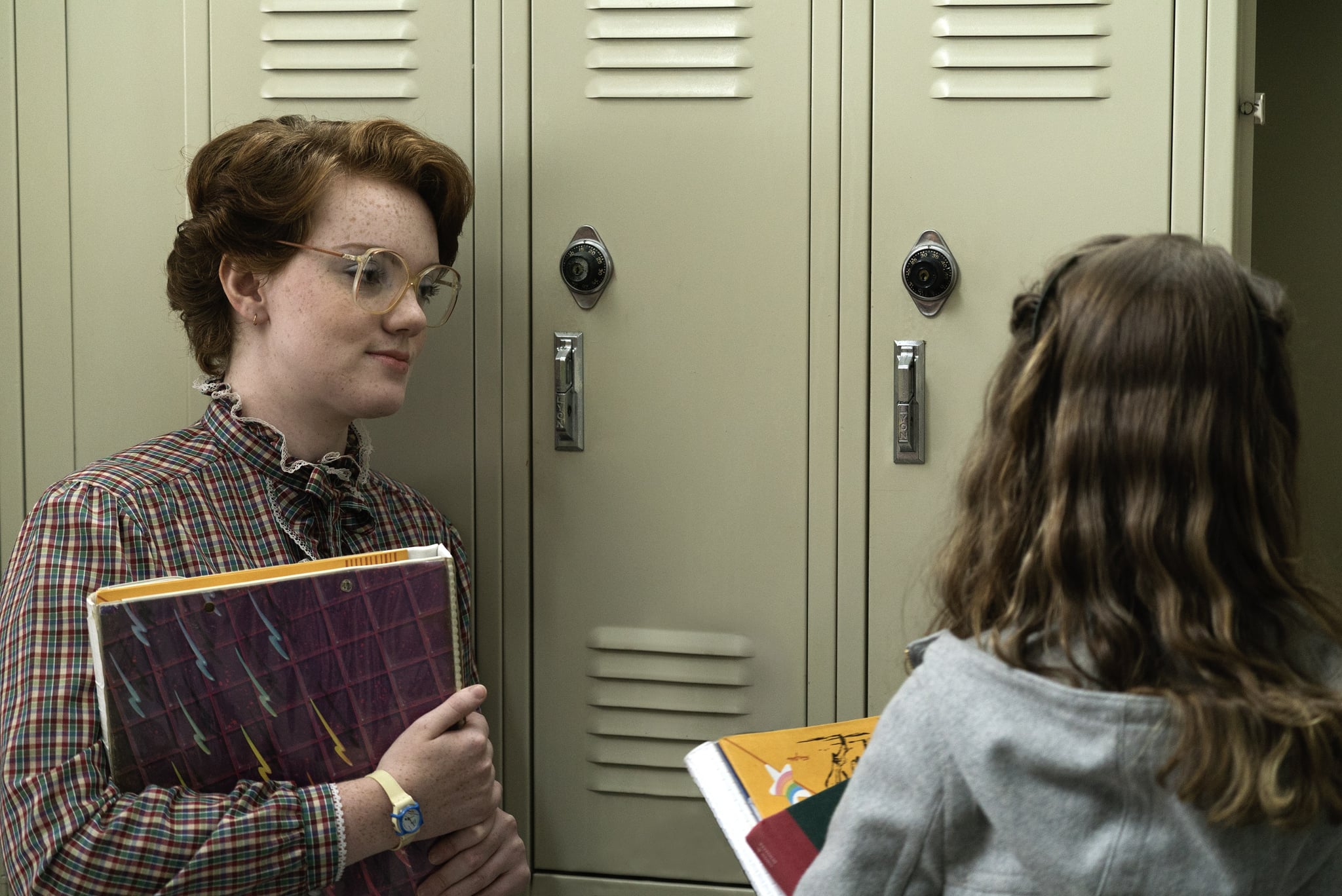 It's a rallying cry Stranger Things fans know well: justice for Barb! The ruffled-shirt-owning, Sally Jessy Raphael-glasses-wearing, socially awkward and freckled star of season one (OK, OK, "star" might be a strong word) is unceremoniously dragged into the Upside Down and killed by the Demogorgon after only being on the show for approximately five minutes (and later has her rotting corpse impregnated, because nothing good can ever happen in Hawkins, IN). To add insult to really freakin' terrible injury is the fact that despite her disappearance, her "friends" barely even notice she's gone.

Naturally the internet fell in love with Barb, played by the delightful Shannon Purser, and started the #JusticeForBarb campaign on Twitter in her honor, which gained so much traction that one half of The Duffer Brothers (aka the creators of Stranger Things) addressed it. "Barb will not be forgotten," Matt Duffer assured fans. "We'll make sure there's some justice for Barb. People get very frustrated, understandably, that the town doesn't seem to be really dealing with Barb. That stuff is all happening. We're just not spending any screen time on it."

Since Stranger Things won't give Barb her comeuppance until season two premieres in October, the Television Academy decided to get sh*t done themselves and nominate Purser for a best supporting actress Emmy. While some were baffled as to how such a small role nabbed the coveted spot over performances from Winona Ryder (in Stranger Things) and Mandy Moore (in This Is Us), others were ecstatic that their mom-jeans-loving hero was finally given the recognition she so deserves.

They really gave Barb an Emmy nom for sitting by a pool pic.twitter.com/WzEnpasxYd

you are telling me barb is nominated for an emmy when she literally has two lines but winona legend ryder didn't get a nomination pic.twitter.com/5bD3DktpEC

I'm pulling a Rev. Matt and handing out flyers about how there's no way Barb deserved that Emmy nomination over Gillian Anderson

BARB GOT AN EMMY NOMINATION, Y'ALL!!!! pic.twitter.com/2ndbsc1j3k

Is the Emmy nom for Stranger Things' Shannon Purser AKA Barb the first time the Internet has willed an Emmy nomination into existence?

Barb got a nom for an Emmy so I'm bringing this back BOI #JusticeForBarb pic.twitter.com/ZvPtQxhEnC

the chick who played barb for 0.02 seconds gets nominated for an emmy but winona doesn't?? pic.twitter.com/zHQHvg1Pl9

Barb really out here getting nominated for emmys pic.twitter.com/mlfVSV0fYa

by Lindsay Kimble 47 minutes ago