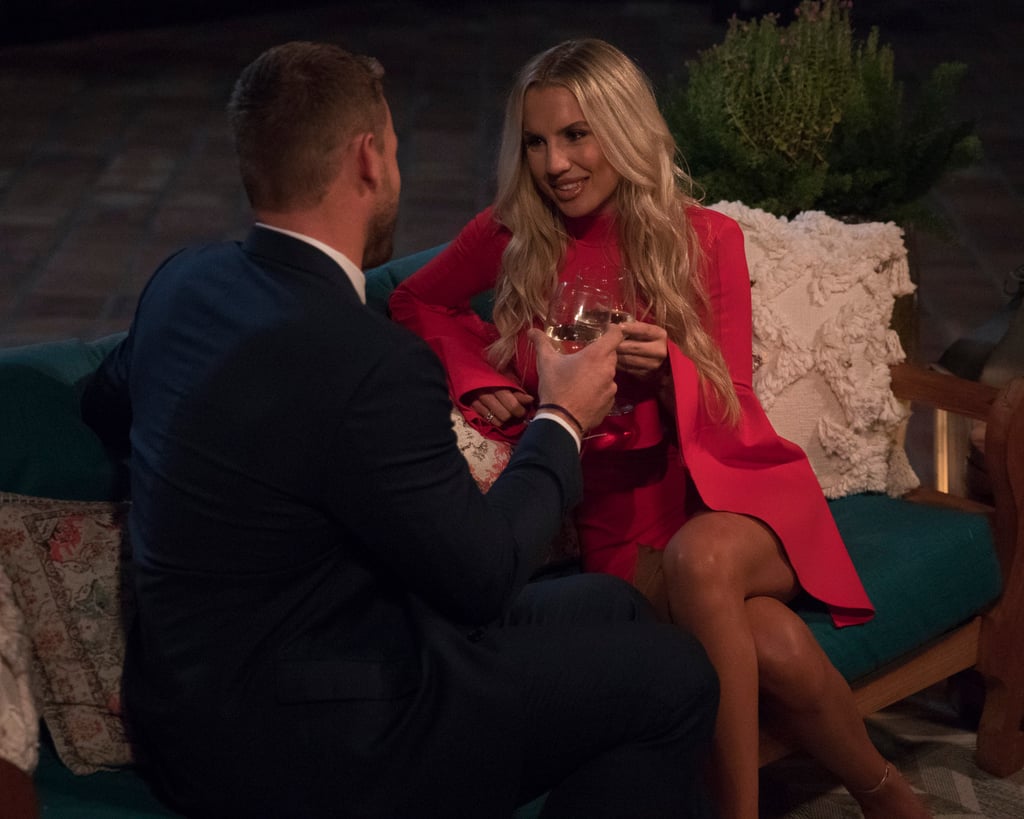 Colton Underwood's season of The Bachelor has just begun, and we've already zeroed in on the season's "villain." Catherine, the 26-year-old DJ from Fort Lauderdale, FL, makes sure the rest of the women know that she's not here to make friends; she's here for Colton's attention.

Not only does she bring her dog, Lucy, for Colton to babysit, but over the course of the night, Catherine interrupts four one-on-one conversations to steal Colton's time. Now, some might argue that the entire goal of the first night is to catch the Bachelor's eye and make a lasting impression. Getting cut before you even have a chance to get to know each other is always tragic. So, naturally, Catherine worries that she isn't getting enough time alone with the 26-year-old former NFL player and decides to cut in to four other women's time. Seems fair.

Of course the move rubs everyone the wrong way, though 24-year-old Onyeka is the only one who decides to speak to Catherine about it directly. Even though Onyeka lays out a pretty solid argument for why Catherine is being unfair to everyone else, she obviously doesn't take it to heart. And since every season needs a villain in the house, Catherine is one of the women who nabs a rose at the end of the night. To the shock of no one, Bachelor Nation has more than a few words to say about Catherine's time-snatching, dog-abandoning ways. Refill your wineglass and keep reading for some of the funniest reactions to Catherine's shenanigans.

Related:
Meet the 30 Women — and 1 Dog — Who Will Be Competing For Colton's Heart on The Bachelor
Previous Next Start Slideshow
The BachelorTVTwitter Reactions
Around The Web

Netflix
If You Loved Netflix's Lupin, Crack Open One of the Books That Inspired the Series
by Camila Barbeito 12 hours ago