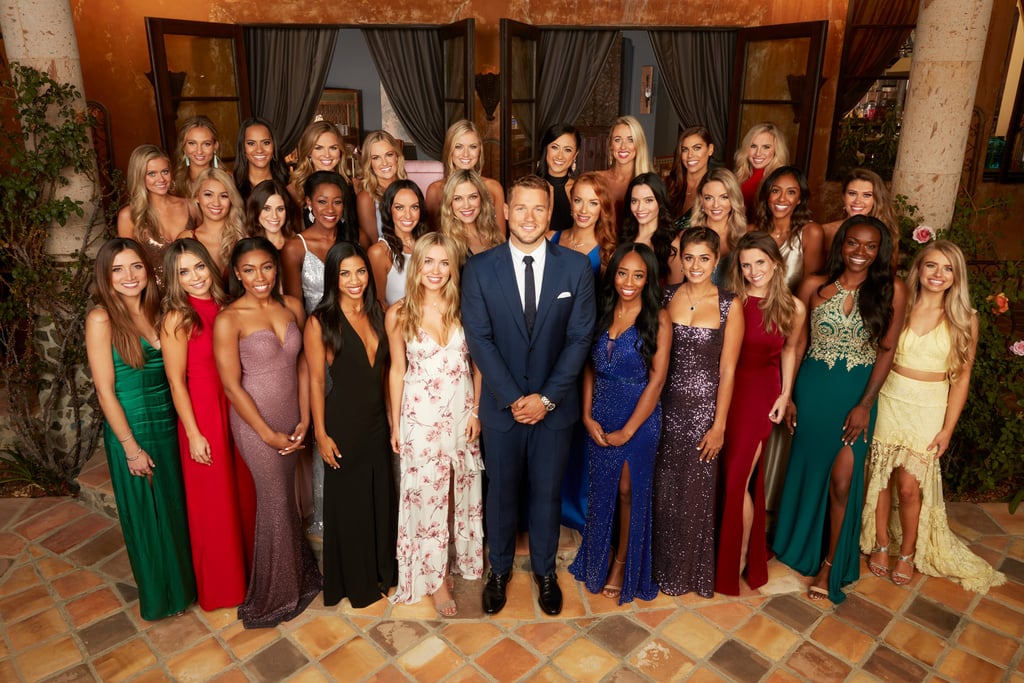 The contestants for Colton Underwood's season of The Bachelor have finally been unveiled! The first couple were introduced during Colton's interview with Ellen DeGeneres, when she surprised the 26-year-old former football player by revealing three of the women who will be vying for his heart in season 23: Katie, Annie, and Sydney. The women played a game of "Know or Go," answering a handful of the talk-show host's questions until one lucky bachelorette, Annie, was crowned the winner and got a hug from Colton.

The remaining women were announced by Chris Harrison on Thursday, Dec. 6, and the 30 women include a dog rescuer, a former Miss North Carolina and Miss Alabama, and Lucy the Dog (we're rooting for her, to be honest). After coming in fourth on Becca's season, Colton appeared on Bachelor in Paradise and seemed to be very much in love with Tia Booth, which was a contributing factor in why Becca sent him home. But then on the Sept. 3 episode of the spinoff, he broke it off with Tia and both stars left paradise before the finale.

The football player started his own charity, the Colton Underwood Legacy Foundation, and in addition to dating Becca and Tia, he's also been in a relationship with Olympic gymnast Aly Raisman. One of the big things to remember about Colton's time on Becca's season — other than the awkward love triangle with Tia — was the fact he is still a virgin. He told Becca he was not waiting for marriage but for the right person. We can already imagine the field day The Bachelor's producers will have with that storyline during his Fantasy Suite episodes . . .

Does it seem like Colton is in a good place to find love? Hopefully you — and the following 30 women — think so, because there's a whole lot more of him headed our way in 2019. Meet the group of women who will be vying for Colton's love when the show premieres in January.

Music
From Diddy to Brandy, Check Out the Best Performances From the 2022 BET Awards
by Monica Sisavat 9 hours ago