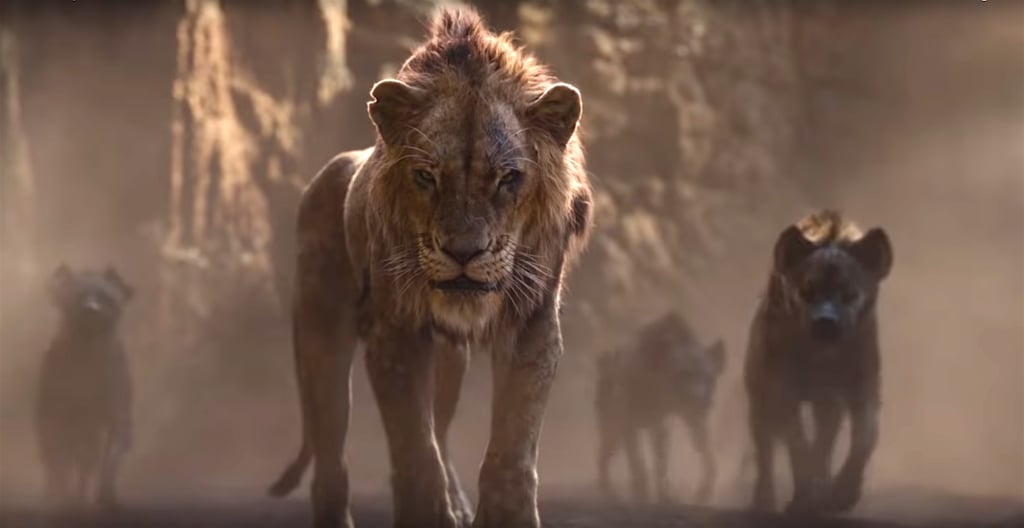 We Finally Got a Glimpse of the New Lion King's Scar, and He's . . . Kind of a Letdown, TBH

When you give the live-action adaptation treatment to a film as iconic as The Lion King, the pressure's on to please loyal fans who know the original version like the back of their hands. And it looks like some Disney diehards are already feeling let down with a major detail in the upcoming Lion King remake: the character of Scar.

As soon as the film's first official trailer was released on April 10, viewers were quick to point out how the CGI rendering of Mufasa's younger brother looks and sounds nothing like the cartoon version from the original 1994 animated movie. Whereas the OG Scar has dark orange fur, a prominent goatee, a starkly contrasting black mane, and a creepy, menacing voice supplied by Jeremy Irons, the first glimpse at the 2019 version of Scar reveals a rather basic-looking lion with a receding hairline and unintimidating voice supplied by 12 Years a Slave star Chiwetel Ejiofor.

On the opposite end of the spectrum, a handful of other Lion King fans don't see what all the hubbub is about and think Scar looks and sounds adequately villainous as he opens the trailer by uttering, "Life's not fair, is it, my little friend? While some are born to feast, others spend their lives in the dark, begging for scraps." Watch the trailer ahead to decide for yourself whether you're feeling let down or excited by the new Scar, and then keep reading to see the mixed reactions from other Disney fanatics.

Related:
The Lion King: You'll Get the Urge to Sing "Circle of Life" After Seeing These Photos
Previous Next Start Slideshow
NostalgiaThe Lion KingMoviesTwitter Reactions