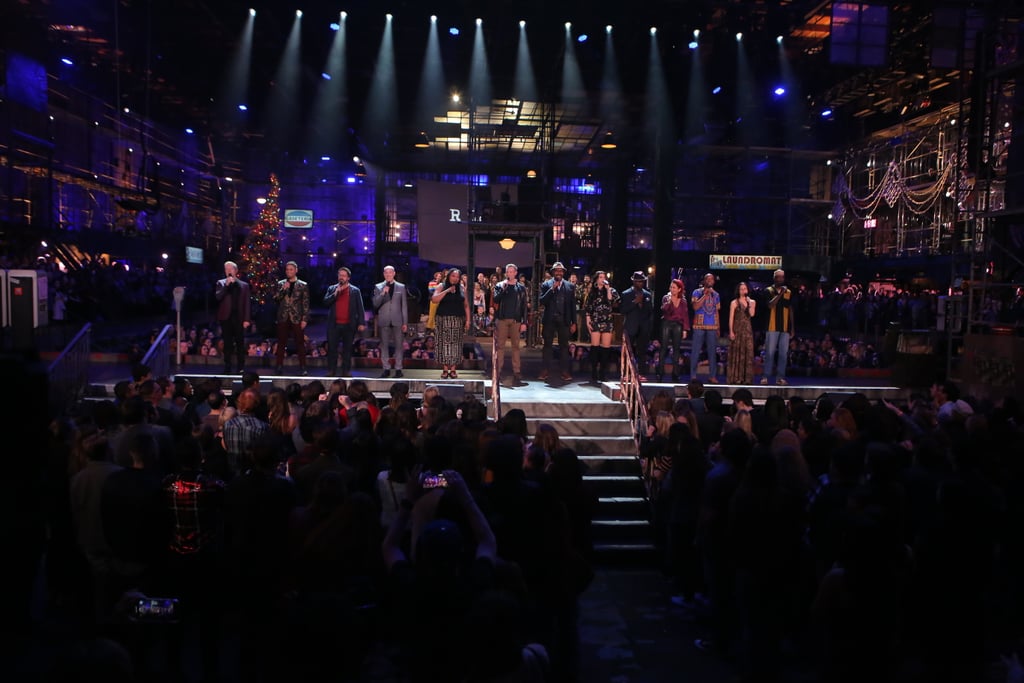 Fox's Rent Live may have been a bumpy ride, but it was all worth it for the very last performance. The show's original Broadway stars, including Idina Menzel, Anthony Rapp, and Jesse L. Martin, reunited to sing "Seasons of Love." As if it wasn't emotional enough watching the cast stand in that iconic line, they eventually joined their Rent Live counterparts to sing the number alongside them. Vanessa Hudgens (who played Maureen) was spotted sharing a sweet embrace with Menzel, while Brandon Victor Dixon (who played Tom) and Martin put their incredible voices on display. Get a glimpse of the performance ahead!

Related:
See the Rent Live Cast Side by Side With the Film's Cast
Previous Next Start Slideshow
RentTVRent Live

HBO
Meet the Cast of Your New Favorite Period Drama, The Gilded Age
by Divya Meena 6 hours ago