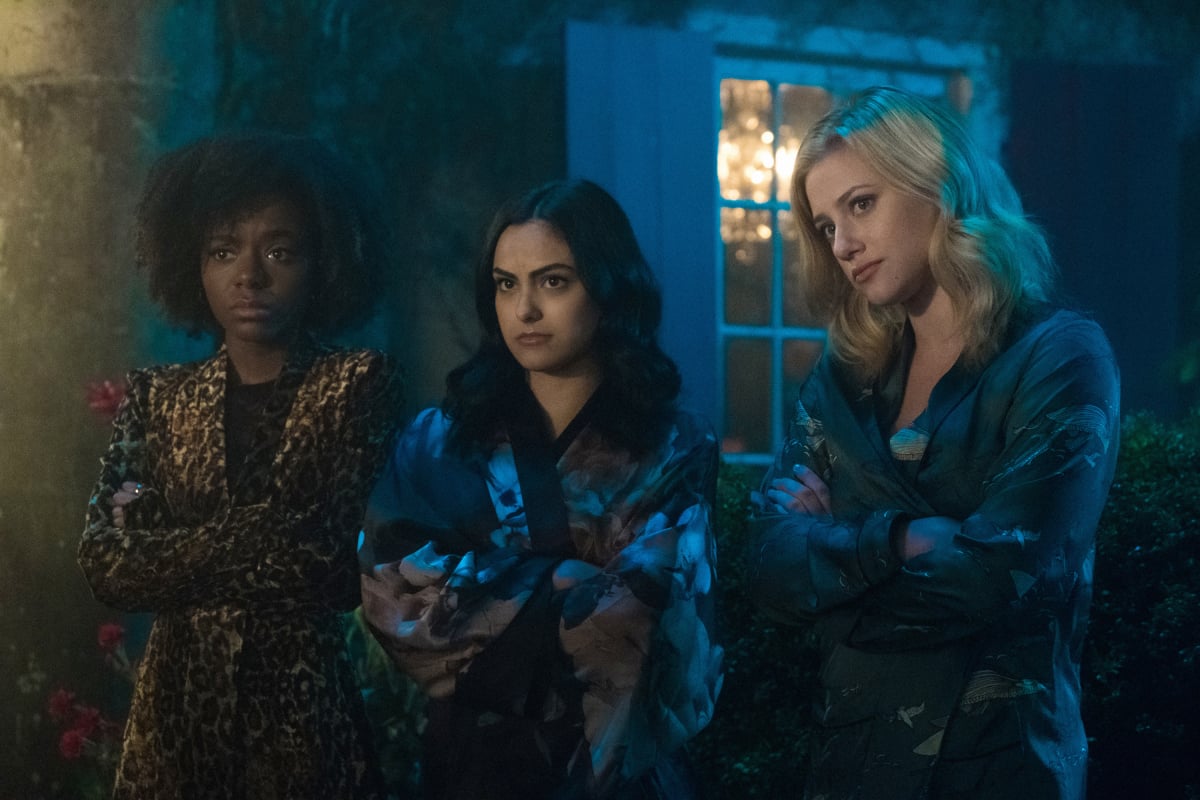 Riverdale is setting the stage for another musical episode! After putting on a production of Carrie: The Musical during season two, the show will be taking on Heathers: The Musical, based on the 1989 teen film, this time around. The episode will air on March 20 and feature nine songs from the off-Broadway musical.

On Thursday, executive producer Roberto Aguirre-Sacasa gave a glimpse of the cast list, which includes Veronica (Camila Mendes), Cheryl (Madelaine Petsch), and Betty (Lili Reinhart) as the three Heathers. "Last year, we had a blast doing Carrie," Aguirre-Sacasa said in a statement. "This year, we wanted to honor another iconic teen movie. Heathers: The Musical is BIG FUN, with great roles for the Riverdale kids."

And while Jughead (Cole Sprouse) didn't participate in any of the numbers last season, Aguirre-Sacasa added that "everyone is singing" this time around!