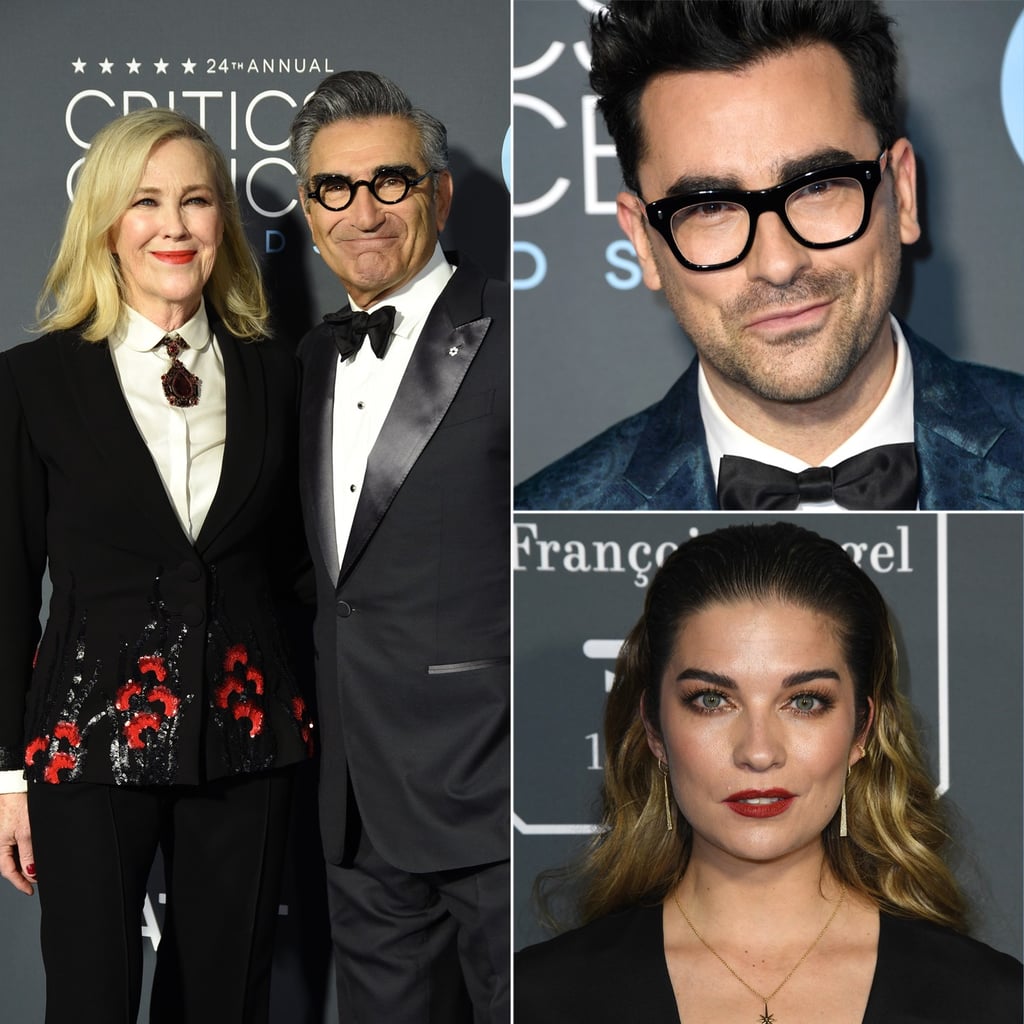 Johnny, Moira, David, and Alexis Were Looking Far From Schitty at the Critics' Choice Awards

Ew, David, can you believe how hot the Rose family looked at the Critics' Choice Awards? The Schitt's Creek cast were all looking far from Schitty at the Critics' Choice Awards Sunday night. We don't know what we loved most, that cocreators, costars, and father-son Eugene and Dan Levy were twinning in their bold rimmed glasses; that Catherine O'Hara was giving Moira a run for her money in a killer pantsuit; that Catherine and Eugene copresented the shocking Amy Adams and Patricia Arquette tie; or that costar Sarah Levy (Eugene's daughter and Dan's sister) was also rocking the red carpet — making it a true family affair! Don't worry, two of our other favorites from the hilarious show, Annie Murphy and Emily Hampshire, were also there in a daring neckline and fun fringe, respectively.

Take a look at their photos now. (And binge the show if you haven't already!)