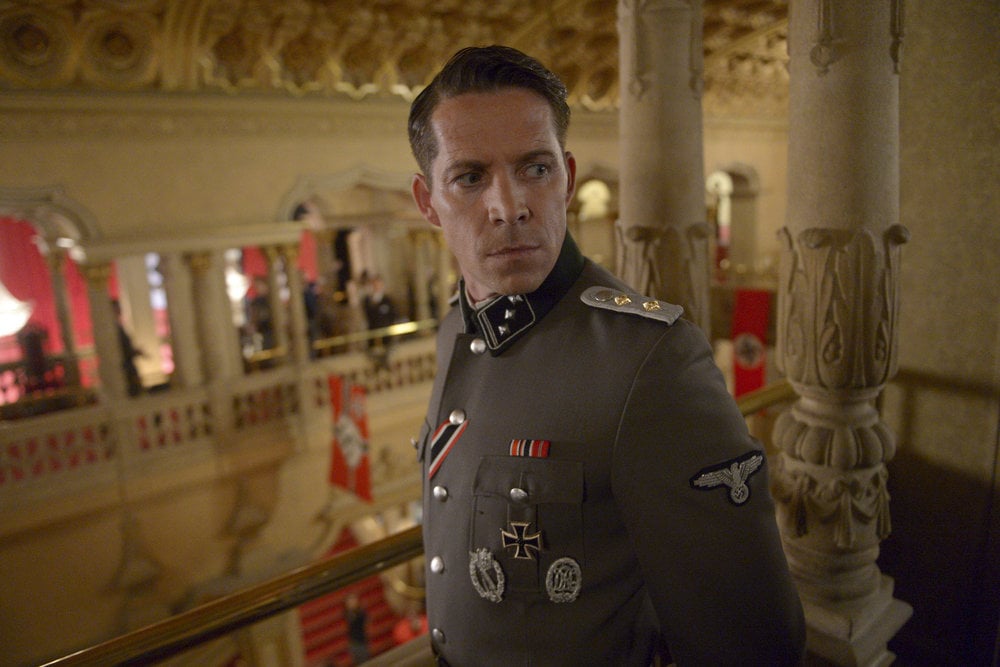 Sean Maguire is well-known for his portrayal of Robin Hood on Once Upon a Time, but this Monday, he's taking on a different literary figure. The English actor is set to play Ian Fleming on NBC's hit new show Timeless, and fans (myself included) are pretty much counting down the days until the episode's premiere. We had a chance to sit down with Maguire and he opened up about playing the notable James Bond author, goofing off with the show's cast and crew, and what his fans' unwavering support has meant to him.

POPSUGAR: I know I'm hooked on Timeless, but what first drew you to this project?
Sean Maguire: Well, the character and the script. I got a call saying, "You know that new show, Timeless, they've got a role about Ian Fleming being a spy in the second World War," and I was like, "Done. Just show me where I have to go." It was absolutely a no-brainer. And then when I read the script, it doubled in its appeal because Jim Barnes, the writer, did such a phenomenal job of writing this episode. I think the rest of the cast enjoyed this one as well because it was just very epic in scope. It was like shooting a movie in nine days. It was just one of those jobs where I keep saying it was like two weeks of fantasy camp.

PS: What excited you the most about playing Ian Fleming? Were you a fan of James Bond growing up?
SM: Of course! You know, I'm a boy that grew up in London. I mean, James Bond is the epitome of a cool, masculine, suave guy. There can't be many guys in Britain that don't aspire to be a little bit like James Bond. As I said, Jim Barnes wrote it knowing that we'd react by saying, "Oh, that's where that comes from in Bond," or, "That's the trait we see in the Bond character." For me, it was essentially as close as I'll ever get to playing James Bond, and I relished every second of it.

PS: I see that you shaved for the role. Is there anything else you did to get into character?
SM: Well, the voice was a tricky aspect because Ian Fleming, in his interviews from that period, speaks in an incredibly posh, arty accent, so much so that to America in general it would almost sound like a pretend accent. But that's how the upper class spoke in the '40s in Britain. I needed him to be a little bit more accessible to the TV audience that we're trying to play to. This wasn't a biopic of Fleming. This is just a guest star on a show where we want to get the essence and the joy of it. So we dialed that back a little bit. And of course, he's a spy in Germany, so he speaks in German an awful lot, but I haven't and can't speak German. So, I had to learn four or five scenes in fluent German in a couple of days which was really, really tricky, because German is not the easiest language in the world to just pick up. That was a challenge, but hopefully I muddled through it okay. 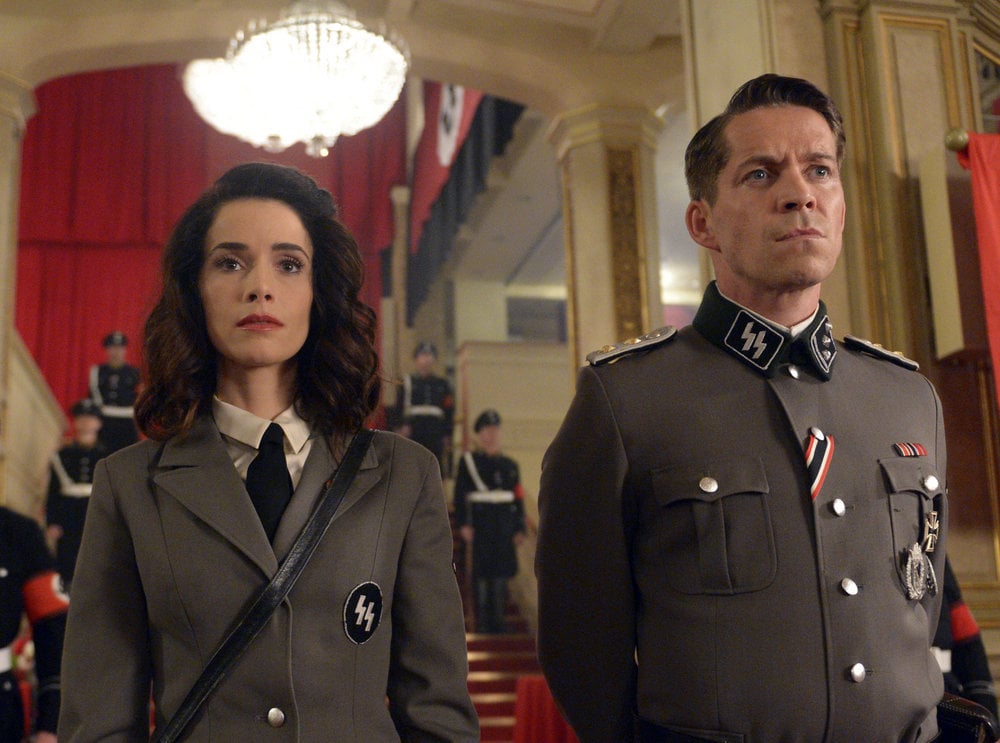 PS: Abigail Spencer told me that you two were both songbirds on set.
SM: Yes! Well, I had been listening to the soundtrack of Hamilton a lot lately, because it's just genius, and I was humming it, and she started singing along and I was like, "Oh my god. Have you seen the show? I haven't seen it yet," and she was like, "Oh yeah, I'm friends with Leslie Odom Jr.," and so then we just started rabbiting away. She's just really funny and quirky and would just burst into song and do all of these silly little dance things. She was always doing Chaplin. She was really a delight.

PS: Do you have any other funny behind-the-scenes stories from set?
SM: There's a bit where I have a Bond gadget, and you know, his gadgets always look very quick and slick and sexy, and trying to get the practical aspect of this gadget to work proved to be a little bit tricky. But also, Malcolm [Barrett] made me laugh a lot. He's just a very naturally funny guy and he made 15-hour days go by very, very quickly.

PS: What was your favorite part about working on the show?
SM: It's actually a combo. The script just allowed me to do all the things you would want to do in a role, and have tremendous fun, and then I got to work with a director that I love, Billy Gierhart, who I'm about to go and work with again. And Matt [Lanter], Abigail, and Malcolm were just one of those casts that are very welcoming and very professional and really brought their A-game. It was a really passionate set, and I can see why it's already becoming a big success.

PS: I know a lot of Once Upon a Time fans in particular are anxious to see you in this episode. What has their fan support meant to you?
SM: It's crazy! I don't think there would be any Robin Hood coming back if it wasn't for them. It's their response to the character's death that has prompted this return, because I certainly didn't imagine — I thought it was done and we were finished. So, I was quite surprised to get the call and I was told that it was as a result of people being very, very kind and very supportive and making their feelings heard.