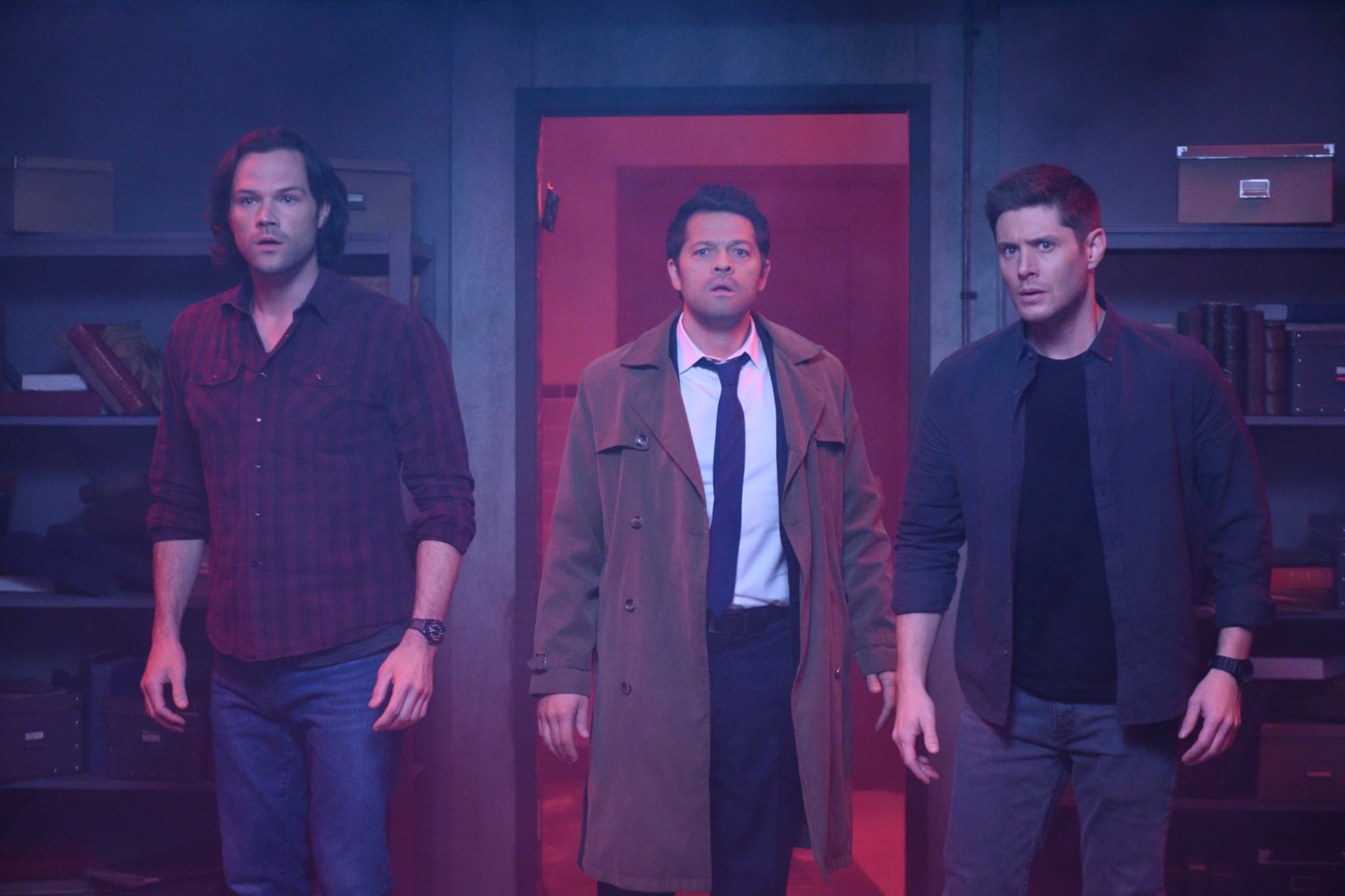 The Winchester boys have finally reached the end of the road. In March, The CW announced that the upcoming 15th season of Supernatural would be the show's last. While it's going to be bittersweet to say goodbye to Sam, Dean, and Castiel, the writers have set up a doozy of a final showdown for the boys to contend with. Season 14 ends with the beloved trio facing down a horde of the undead as God/Chuck releases all the souls from Heaven and Hell, proving himself to be the ultimate big bad in the process. Meanwhile, Jack is dead and stuck in the Empty having a chat with Death. All in all, things aren't looking great for Team Free Will, but in true Winchester fashion, we bet the boys will go out fighting.

With the premiere still months away, details about season 15 are scarce at the moment, but Jared Padalecki, Jensen Ackles, and Misha Collins have dropped a few hints about what could be ahead for the guys. Read on to find out everything we know about Supernatural season 15 so far.

Related:
27 Supernatural Cast Instagrams That Will Make You Sing, "Carry On, My Wayward Son"

When Will Season 15 of Supernatural Premiere?

The Winchesters will be back in action on Oct. 10, and the series is staying put in its Thursdays at 8 p.m. time slot this Fall.

How Many Episodes of Supernatural Will There Be in Season 15?

The total episode count for the season is down from the usual 22-24 to just 20. Still, that gives the show plenty of time to not only wrap up the Winchesters' journey, but also to have some fun in the process.

Who's Returning For Season 15 of Supernatural?

Padalecki, Ackles, and Collins are all coming back, so it looks like the guys will figure out how to handle all of those zombies that were trying to munch on them in the finale. It also feels safe to say that Alexander Calvert's Jack will return. Sure, Lucifer's son is technically dead, but the show wouldn't have revealed he was in the Empty if it was done with the character just yet. Beyond them, the sky really is the limit. Since all of the souls in Heaven and Hell have been released, we can expect to see anyone from John Winchester to the boys' doomed brother Adam in the final season. No one beyond the core trio has been confirmed just yet, but since this is the show's last hurrah, there will be plenty of familiar faces coming back for one last visit.

However, one fan favorite is unlikely to reappear, no matter how much we might want him to. Mark Sheppard spent eight seasons playing the cunning demon Crowley, but he was dissatisfied with his character's ending. Per Syfy, he was asked during a 2018 New York Comic-Con panel if he would consider returning to the series, and he said, "Why? I've done what I've done. I did good. I have new things to do. For God's sake, face it, I'm dead! Wakey, wakey, they tried to kill me off for two years!" So barring a drastic change of heart, Crowley is one former foe that the Winchesters won't have to defeat again in the last season.

Related:
The 33 Best Moments From Jensen and Jared's Supernatural Bromance

What's Season 15 of Supernatural About?

So yes, the world is ending and the guys may not be able to stop it this time. That sets up the possibility that we could see Dean, Sam, and Castiel living like there's no tomorrow. If the world's ending, then why shouldn't they be even more reckless than usual, right?

How Will Supernatural End?

We don't envy the writers having to come up with a satisfying conclusion to the Winchesters' journey. How do you wrap up a show that's designed to continue on? The actors have a few ideas. In May, Collins told TV Guide, "I hate to say this but I kind of hope that the main characters on the show die at the end. I feel like we need that finality." However, Padalecki is hoping for something a little less final. "I don't want Sam to feel like it's the ending," he told the publication. "I want Sam to feel like he's still making a difference, that he's still helping other people. And so, I don't want it to feel like doom and gloom, too much . . . I want Sam to still fight, to keep fighting and keep supporting his brother and his friends and his family."

Ultimately, if the show ends with the guys doing what they've always done — saving people, hunting things — then we're sure to be satisfied when Baby rides off into the sunset.